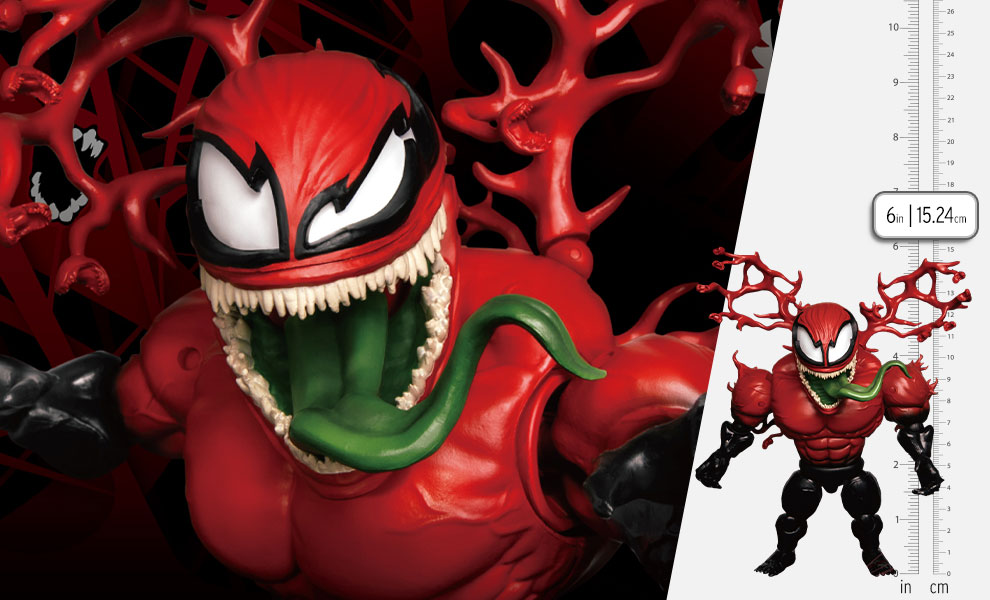 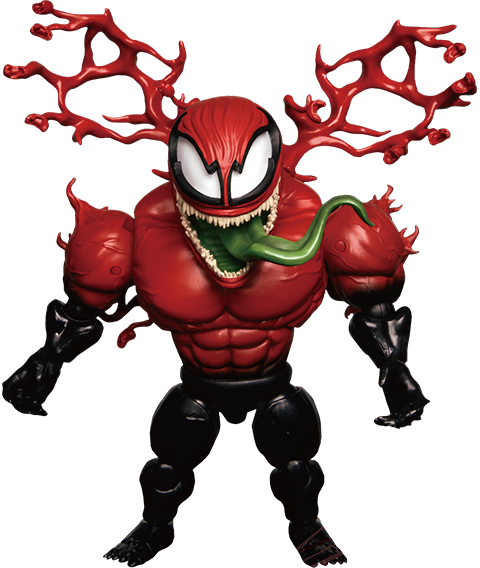 In the pantheons of Spider-Man villains and anti-heroes, the symbiotic alien life-forms starting with Venom have always posed the biggest challenge for the web-slinger himself.

With a few distinct iterations also comes the opportunity to explore new and fantastic versions of the scary alien. With Marvel’s ‘Toxin’, fans were introduced to the offspring of Carnage! Born as the 1000th symbiote, and united with the police officer Pat Mulligan, Toxin was deemed to be the most dangerous of the alien race by both Venom and Carnage!

Possessing the powers of its parents, but to a greater extent, Toxin has a much more streamlined appearance, akin to Spider-Man. A fast, powerful and agile character, Toxin possesses special abilities that brings fear to his enemies!

The EAA series of 6-inch, stylized action figures under Beast Kingdom’s ‘Entertainment Experience Brand’ continues the line of Marvel Comic’s characters. The Toxin presents fans with a fun new action figure, detailing all the out-of-this-world colors and slimy, toxic design that makes the anti-hero so unique! The signature green tongue is on display in all its articulable glory as well as a set of snapping, piranha-themed special effects, sure to scare any passerby.

For fans of the Venom, Toxin this is one Marvel EAA figure not to be missed!