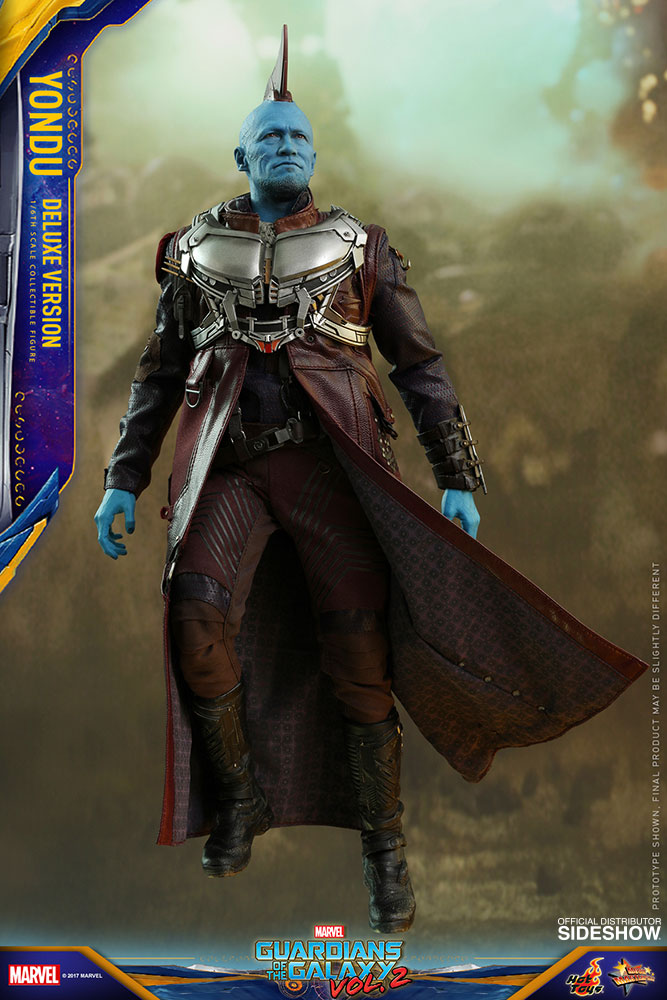 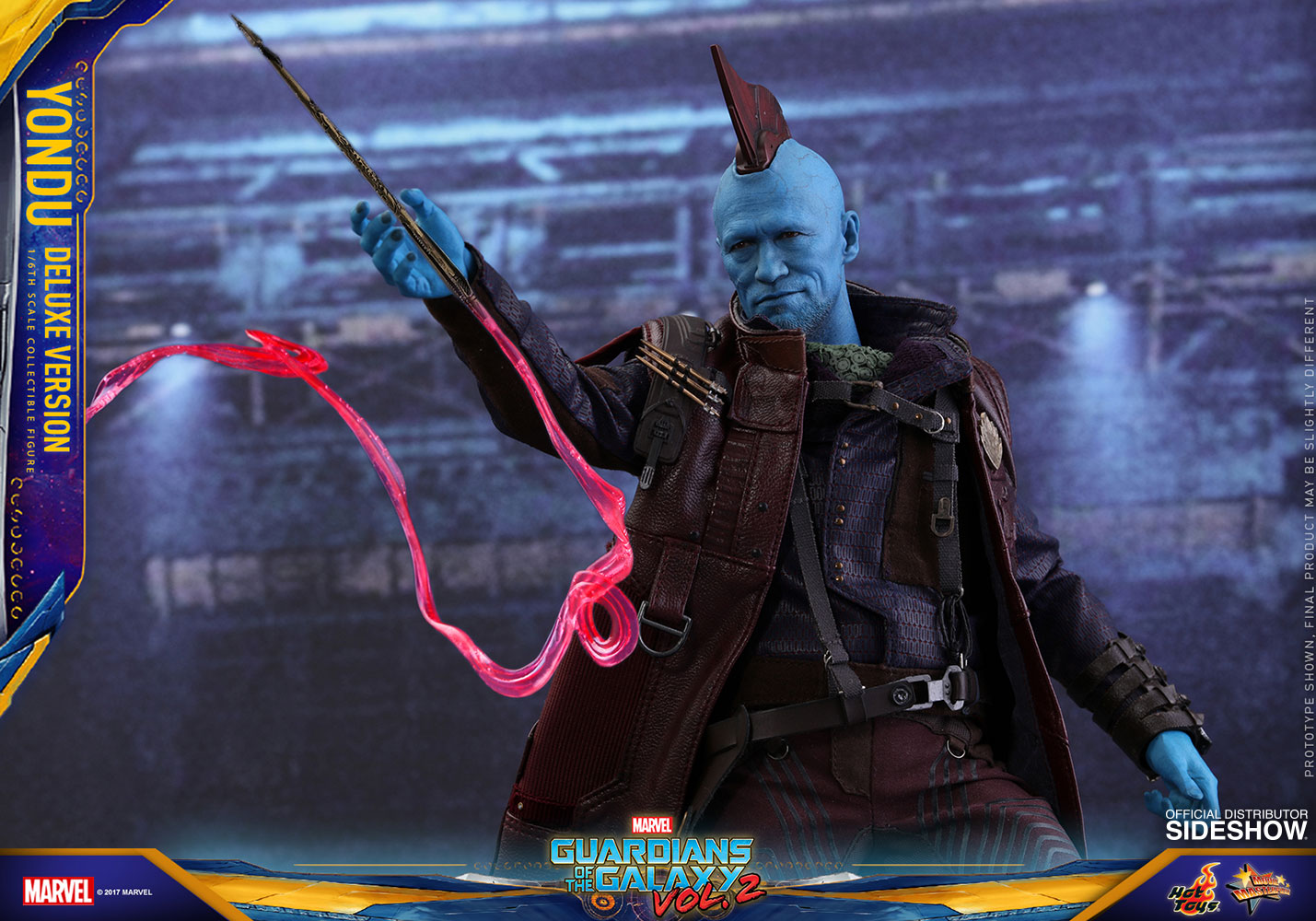 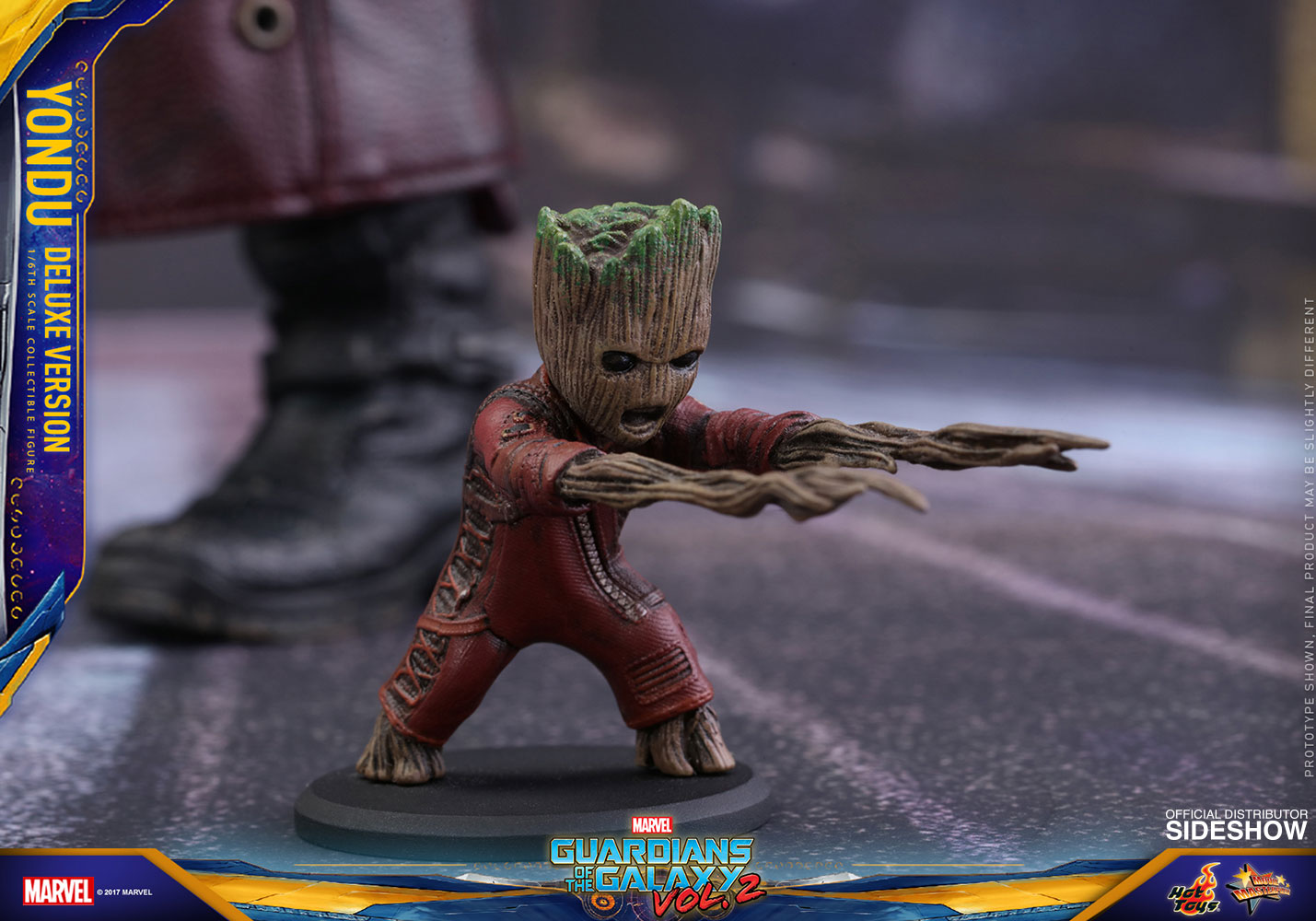 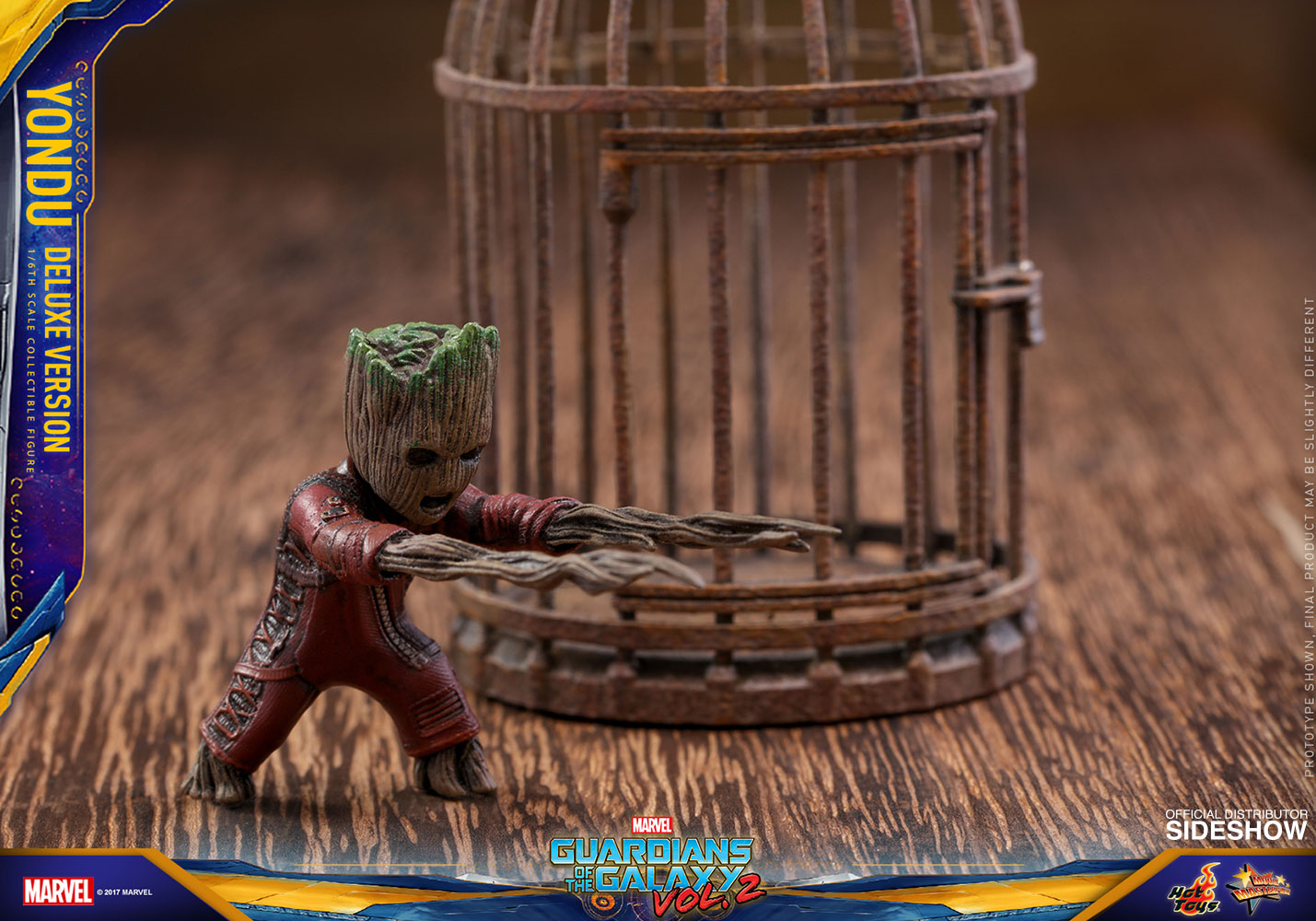 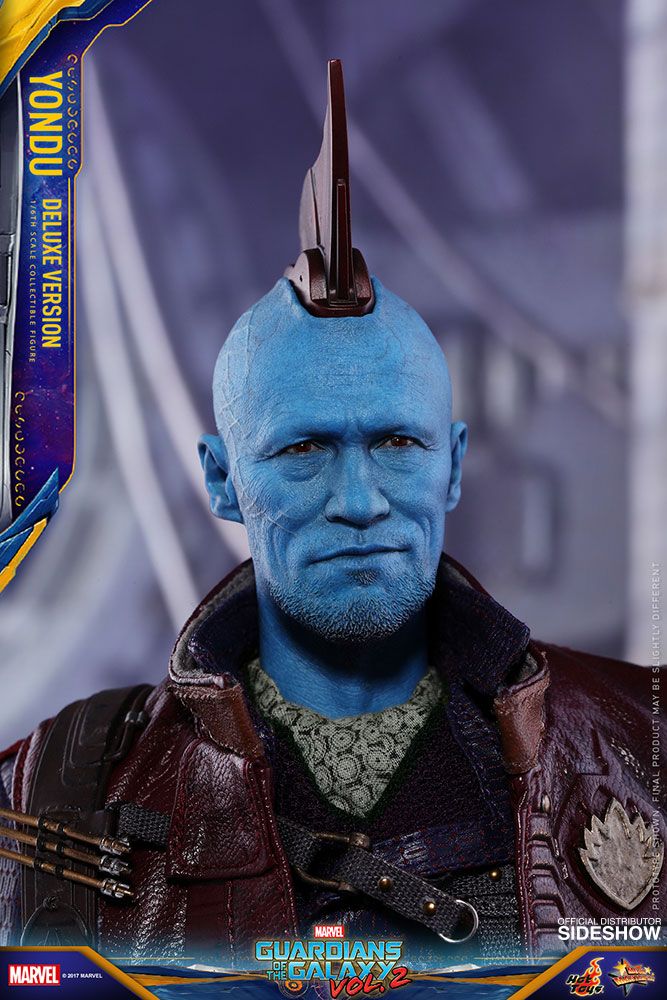 “He may have been your father boy, but he wasn't your daddy.”

Sacrificing himself for his beloved son Star-Lord, and demonstrating being a great "daddy", the heroic Yondu will forever remain in many fans' hearts. Fans are deeply affected by the emotional scene when Yondu gave up the last space suit to Peter Quill in order to save him.

In tribute to the touching moment in the film, Sideshow and Hot Toys are pleased to introduce a special Deluxe version of the sixth scale Yondu collectible figure from the highly acclaimed Guardians of the Galaxy Vol. 2!

The spectacular sixth scale Yondu collectible figure is specially crafted with impressive likeness based on the image of Michael Rooker as Yondu in Guardians of the Galaxy Vol.2. The figure features a newly developed head sculpt, interchangeable magnetic fin and the new “prototype” fin, a intricately tailored and highly detailed costume, a pair of suspenders with arrow holster, a dagger attached to the wristband holster, a specially designed figure base, and a miniature Baby Groot attacking in his Ravagers outfit!

This Deluxe Version will specially include an additional Aero-rig that can be worn on Yondu’s body and a brand new Rocket’s blaster that appeared in the scene when they are fighting against Ego the Planet, and a cage where Groot was held captive by Taserface, offering fans an assortment of accessories.

Reward yourself with the brand new Yondu collectible figure Deluxe version and display it alongside the Guardians. 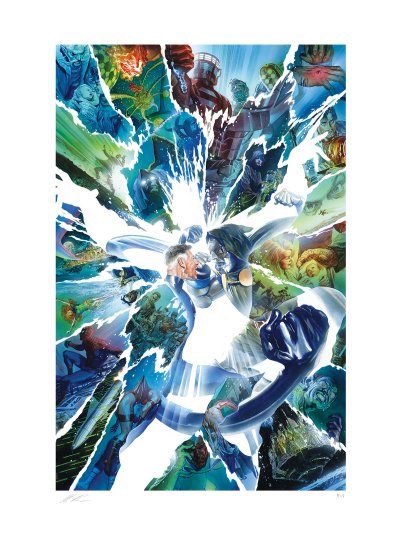 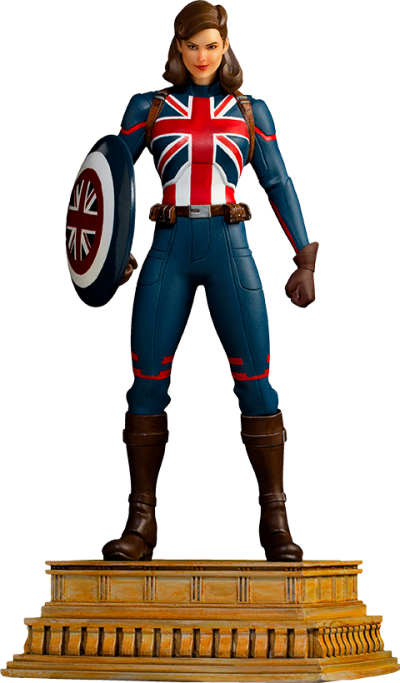 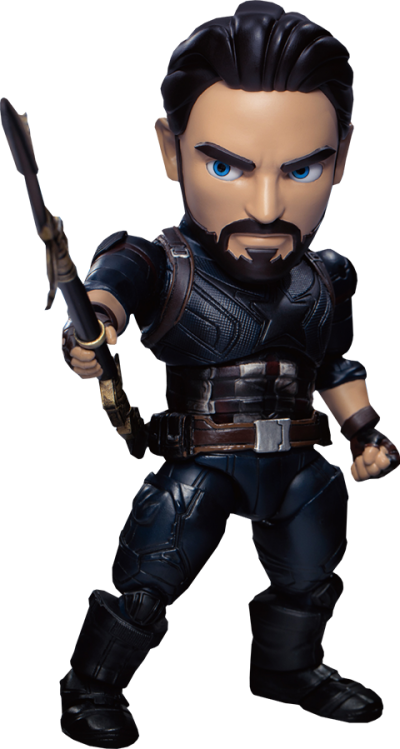 just remarkable, this figure blew me away with its awesome sculpt and design. one of the best in GOTG Hot Toys. I'm surely going to get more GOTG Hot Toys.

This one takes the cake. This has to be the best piece Hot Toys has put out this year in my opinion. From the likeness of Michael Rooker to the attenion of detail in the wardrobe. Here's to hoping for a Premium figure with a light up fin/arrow trail. That would be next level! Cheers.

Beautiful Piece, Top To Bottom! Every Detail & Likeness Is Present! A Must Have For Any Hot Toy Collector!!

This has to be hot toys best head sculpture to date! Everything about this figure is amazing