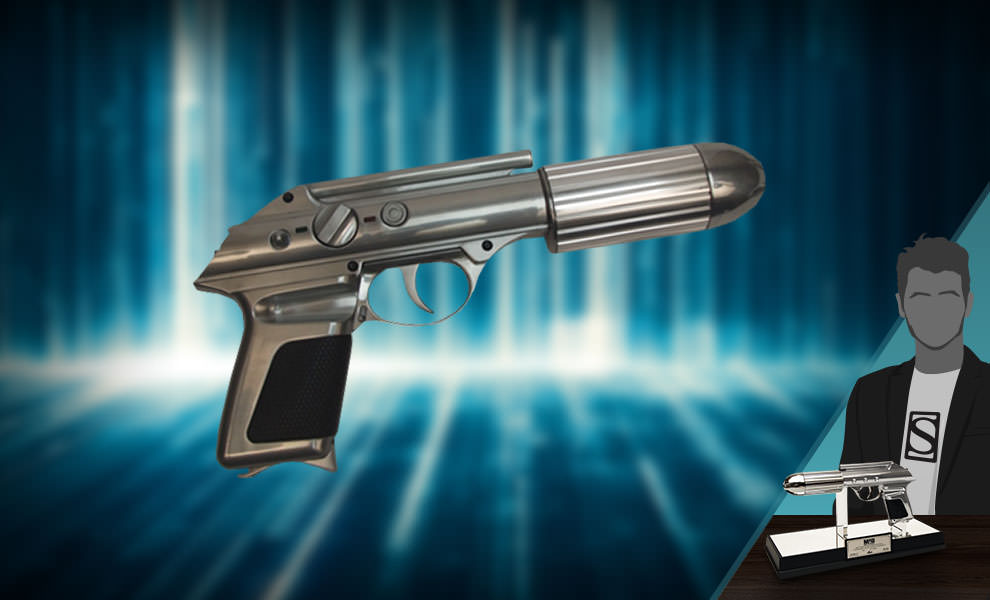 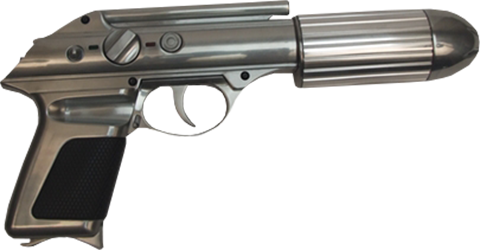 The S.I. or Standard Issue Agent Sidearm is the MIB's primary weapon and is, as its name suggests, standard issue when going up against hostile or dangerous aliens. This sleek iconic weapon is also known by many fans as the J2 or J-Gun.

Now, for the first time ever, you can obtain your own officially licensed Standard Issue Sidearm prop replica.

The Factory Entertainment Men In Black Standard Issue Sidearm replica was created after exhaustive and careful study of the original props to ensure maximum authenticity. The replica includes all the accurate details and features seen on the original props, as well as a number of added electronic light and sound features that were seen in the movie, but was not actually part of any physical prop. They were instead either added in post-production or with additional equipment and special effects. This has allowed us to create a self-contained replica that is faithful to the functions seen on screen without compromising accuracy. Each replica is crafted from high-quality diecast and machined metal components which are then either polished or plated. The audio and sound effects were taken directly from the original studio audio tracks and digitally isolated and enhanced for clarity. Audio sound effects include power-up and weapon firing sounds. Light effects include LED barrel illumination, a firing flash, and a red and green safety indicator.

A limited-edition of just 200 pieces. The Elite Edition seeks to replicate the look of some of the props as used in filming Men In Black, after glare reduction techniques took place, and more closely replicates the look of the original props today. The body of the gun is raw cast aluminum, highly polished, but without any chrome plating. The barrel section is polished machined aluminum. Multiple props were produced for both MIB and MIBII, some with polished chromed rivets and some with black finished rivets. This version features black headed rivets to further differentiate it from the Limited Edition version. ADDED BONUS!. This very special Elite Edition is also a Signature Edition! Each Elite Replica will be shipped with an additional signature plaque, hand signed by the Producer of all 3 Men In Black Films, Mr Barry Sonnenfeld.