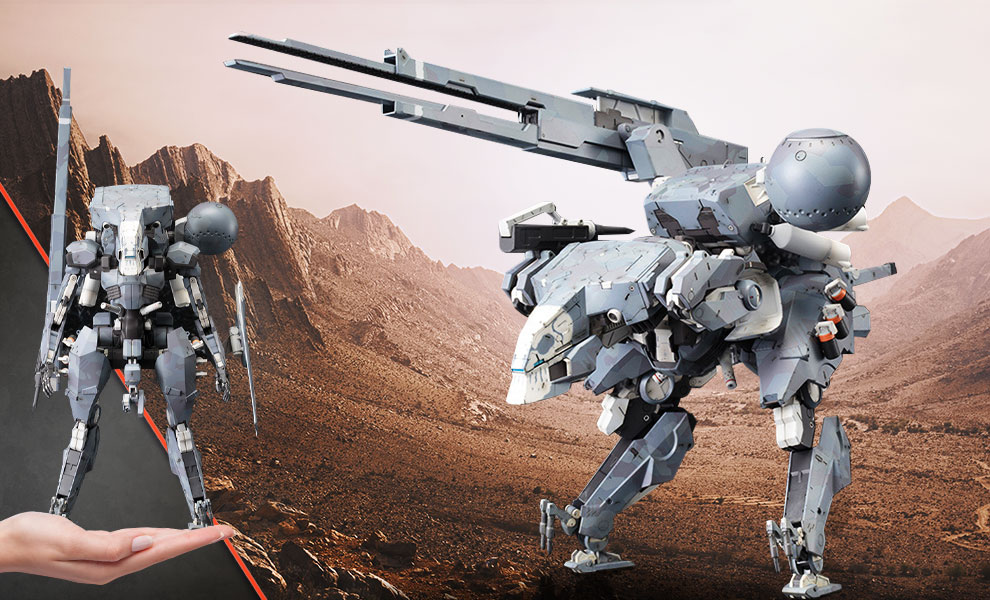 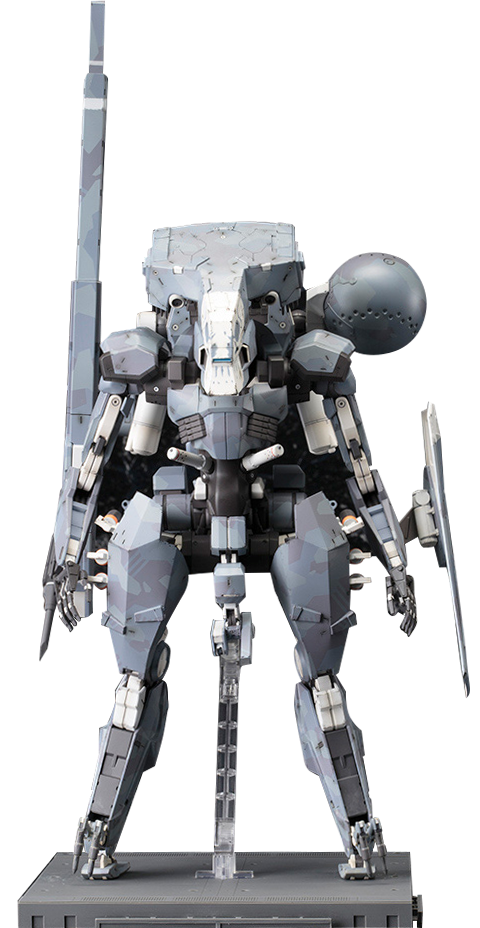 From Metal Gear Solid V: The Phantom Pain comes Kotobukiya’s latest model kit from the series, SAHELANTHROPUS! The first Metal Gear Solid game was released on PlayStation in 1998 and featured stealth action as directed by Hideo Kojima. A massive commercial success, “MGS” has gone on to include sequels and stories told through several other media. Some of the coolest things about the series are the Metal Gears themselves, walking tanks equipped with heavy weaponry.

Designed by Huey Emmerich for Cipher and the XOF, the Sahelanthropus (named for an extinct hominid species related to man) is a powerful monstrosity that could walk on two legs. The new model kit perfectly captures the mecha’s unique appearance with its pointed forward section, reverse-articulated legs, and heavy equipment on its back.

Sahelanthropus is comprised of approximately 600 pieces, and fully assembled it has multiple points of articulation that let you pose it how you like and convert it to its upright position! Of course, the Gear comes with all of its heavy weapons for battle, and it even includes mini-figure characters to recreate scenes from the game. Standing a massive 14 inches tall (1:100 scale) in its bipedal form, Sahelanthropus was sculpted by Katsuhiko Hori.

One of the most impressive Metal Gears from the games, Sahelanthropus will make a huge impact in your display! 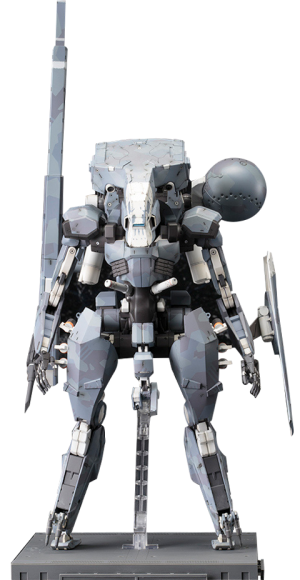