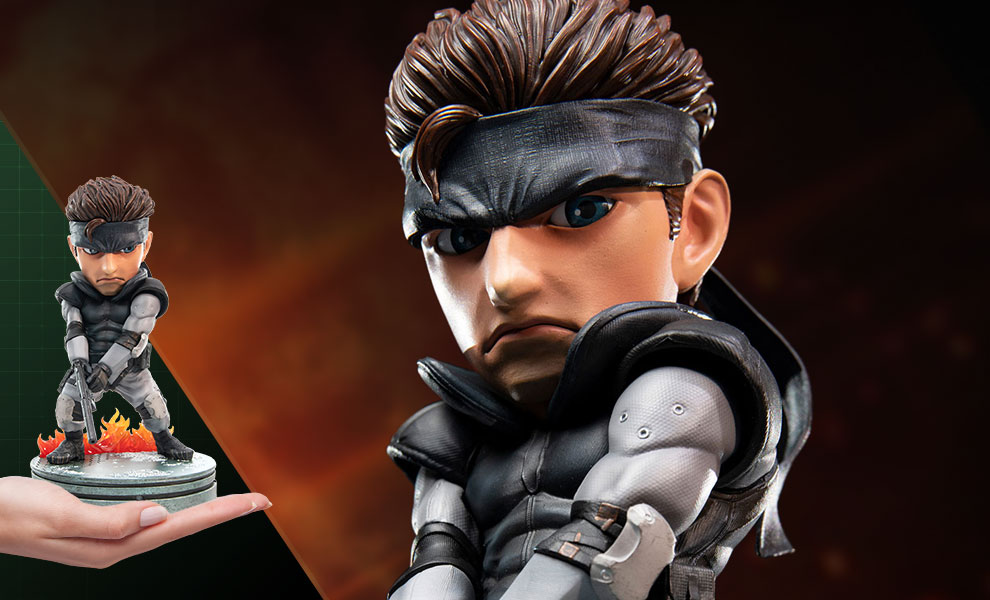 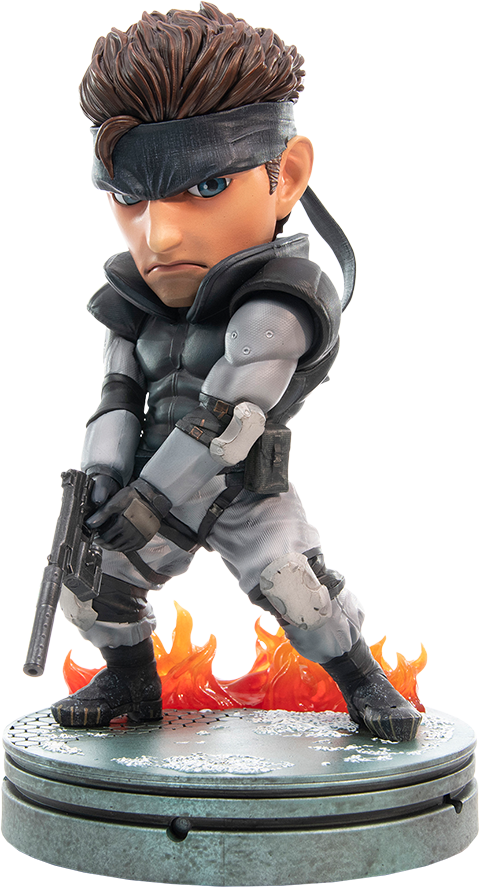 "Unfortunately, killing is one of those things that gets easier the more you do it." ― Solid Snake, Metal Gear Solid

Although adorable in nature, Solid Snake SD is still very much the lethal weapon he is notorious as. Underestimating his prowess on the battlefield is a sure-fire way to lead to his target's demise.

Known as David before his military days, Solid Snake was a former spy, special ops soldier, and mercenary. Being fluent in six languages and possessing an IQ of 180, he was known as "the Man Who Makes the Impossible Possible". He became a living legend among the military black ops because of his deeds.

Solid Snake is the product of the Les Enfants Terribles project, which produces clones of the world-renowned soldier Big Boss.

At first, Snake was a United States Army Special Forces (a.k.a. Green Beret) but was later transferred to High-Tech Special Forces Unit FOXHOUND while under the command of Big Boss. He became a war hero for stopping potential nuclear catastrophes on multiple occasions by repeatedly disarming and destroying the international threat code-named Metal Gear.

Later on in Snake's career, his body began to age rapidly due to genetic changes from his original cloning process. With the unfortunate deterioration of his health, he was forced to retire after his final mission in taking down the corrupt organization behind American politics known as the Patriots.