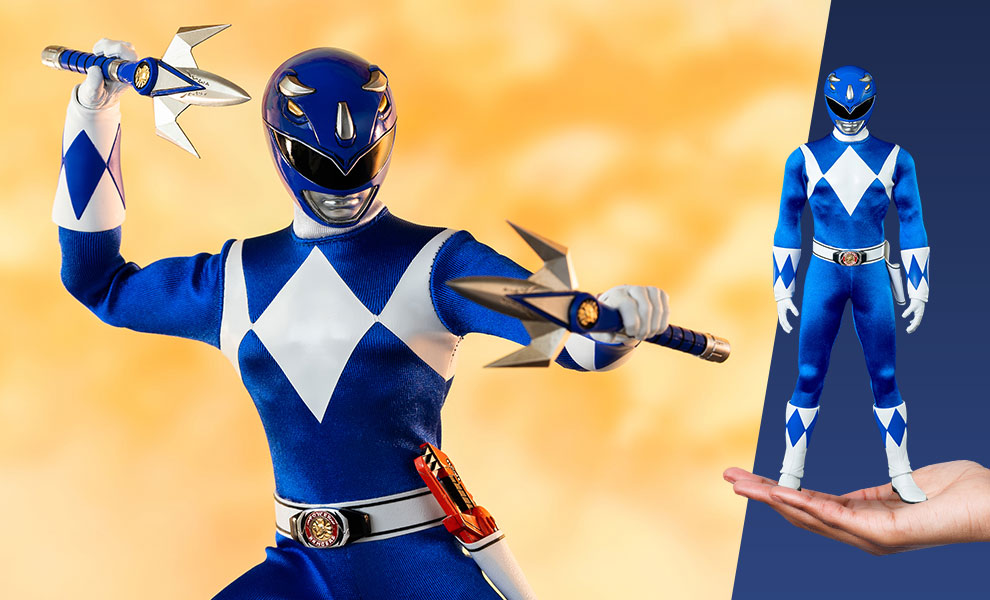 A team of legendary rangers no one can ever beat! "Go Go Power Rangers!!!"

From the American superhero television series, Mighty Morphin Power Rangers, Sideshow, Threezero, and Hasbro are proud to present this sixth scale articulated figure based on the classic original series. This figure is only available in selected markets.

The Power Rangers’ individual weapons may also be integrated into the Power Blaster by combining the Power Sword, Power Bow, Power Axe, Power Daggers, and Power Lance accessories; included separately with the core five Power Rangers figures. This powerful assembled weapon is used as a finisher on small monsters.