Skip to main content
Low Stock and Available NOW 🚀 - Get these collectibles before they're gone for good!
https://www.sideshow.com/collectibles/11547 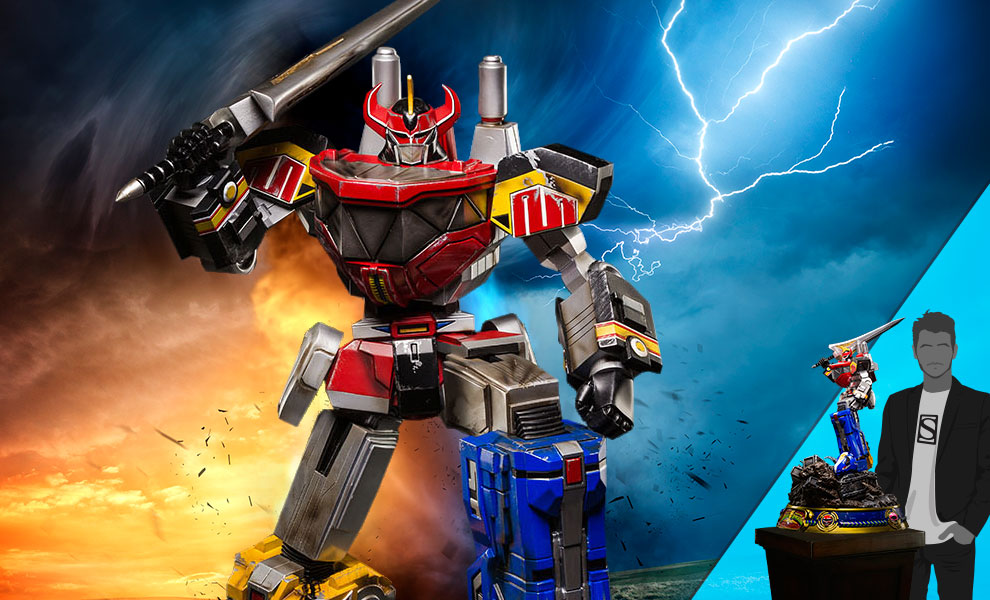 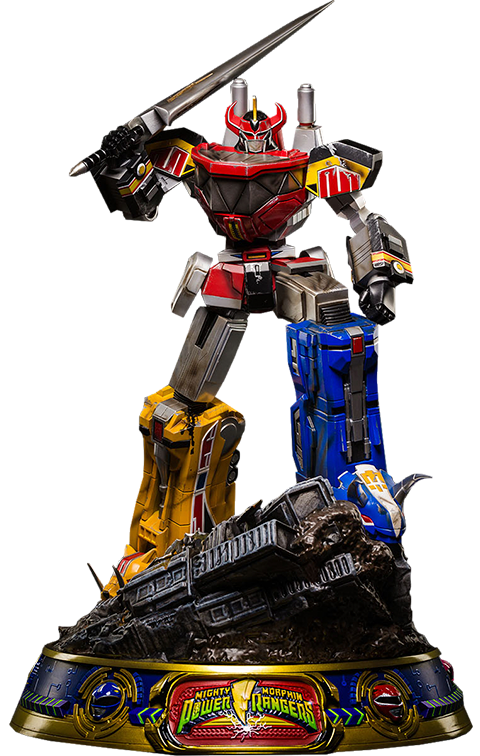 When the future of the planet is in danger after the accidental release of Rita Repulsa, an interdimensional being, Zordon of Eltar (who fought and imprisoned Rita 10,000 years ago), established in a Command Center in Angel Grove, recruits five teenagers to take on the powers of the Morphin Grid and defend the planet as Power Rangers: Jason, Trini, Billy, Kimberly and Zack.

As soon as the fight gets stronger, they can summon their giant assault vehicles known as the Zords, and combine them into a giant robot, the Megazord, to destroy the monsters that threaten peace at Angel Grove.

Sideshow and Kami-Arts are proud to present the Megazord (Battle Damaged Version) Statue. "We wanted through this statue to transcribe all the power and the domination of this central character of the Power Rangers series. A fusion of the 5 main characters which recalls that unity is strength when the battle against evil forces is engaged. This crazy-sized project took us time to design and a lot of fun to achieve. We are sure the result will appeal to a lot of people through the world." - The Kami-Arts Team

The statue features LED light-up eyes and stands an impressive 30" tall. Don't miss your chance to add the Mighty Morphin' Power Rangers Zord to your collection! 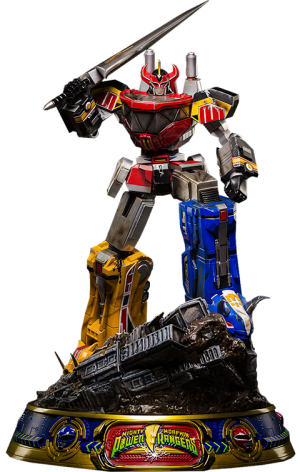