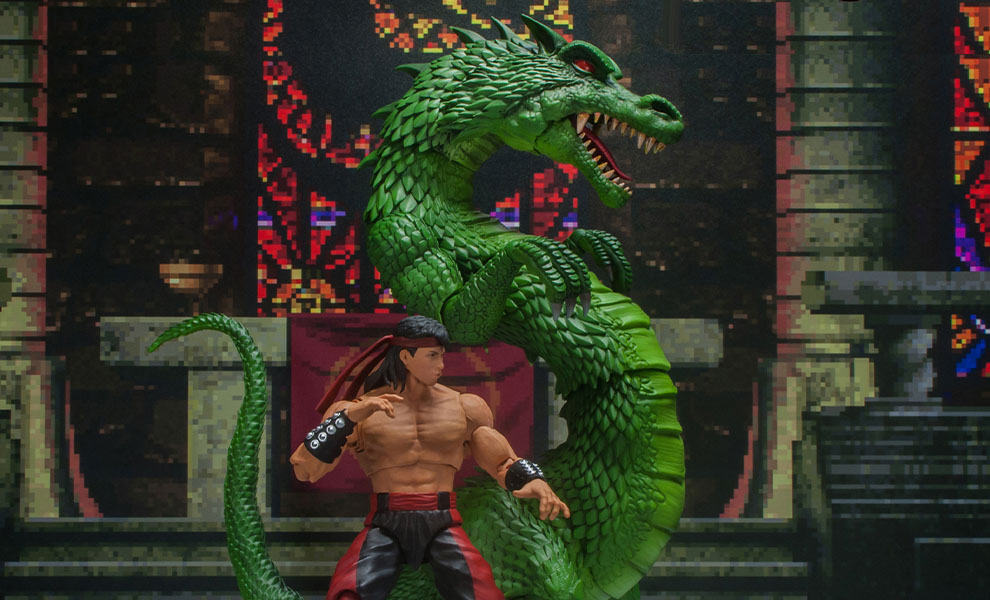 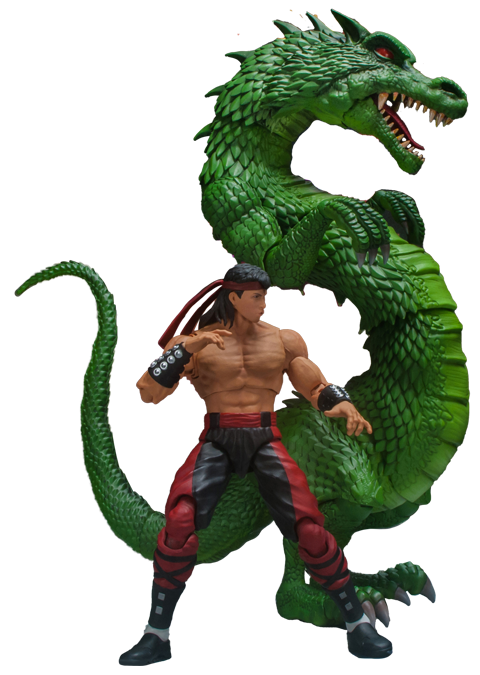 Mortal Kombat 3 debuted Animalities as a finisher and many veteran players might remember Liu Kang’s animality, the dragon who eats the upper half of the opponent.

Well, Storm Collectibles has gone all-out to include his animality Dragon form, which stands approx. 12” tall, and is fully articulated!

Liu Kang has multiple articulation points that allow him to recreate his iconic moves, as well as multiple accessories such as his fire ball effect, and more!

Orphaned at a very young age. Liu Kang was raised by Shaolin monks, who taught him the way of the spiritual warrior. They soon recognized his potential as a contender for the Mortal Kombat tournament and rigorously trained him for this task. Raiden, too, understood that Liu Kang was Earthrealm's best hope for freedom and introduced him to Master Bo' Rai Cho to further his development.

Once fully trained, Liu Kang bested all challengers and earned the high honor of representing the Shaolin in the Mortal Kombat tournament. He and Raiden then embarked on their fateful journey to Shang Tsung's island to compete in this pivotal kontest. 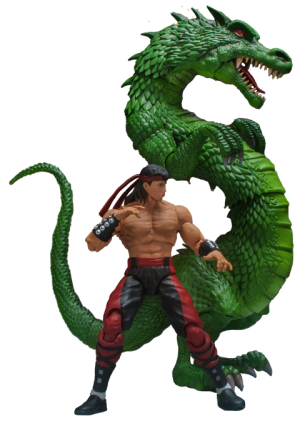