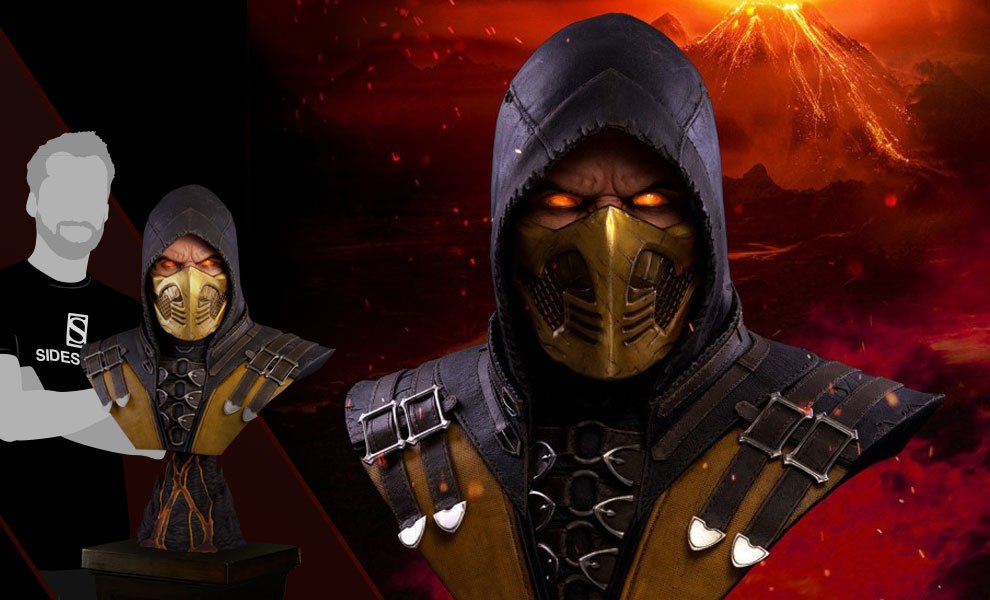 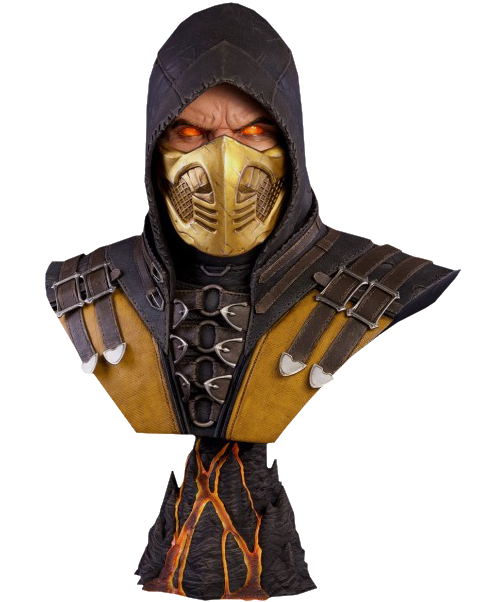 With its light-up eyes and shoulder armor, Pop Culture Shocks’ massive 2013 Mortal Kombat 9 Scorpion Life-Sized bust was as imposing to people’s homes as it was the industry itself. “I have arrived,” it seemed to say. “The rules are different now.”

“So this one is not just a companion piece to our MKX Sub-Zero bust, but a follow-up to something people were demanding we raise the edition size of. His spiky shadow loomed large, but fortunately, Netherrealm’s new design for the character is just as visually striking as the previous game’s, unique to itself yet still Scorpion. If people loved the last one, just wait till they see what we’ve learned in the last 4 years.”

“Realistic” is an odd word to use for eyes without pupils, but it’s no less appropriate here, as somehow Pop Culture Shock has made Hanzo Hasashi’s revenant stare look eerily natural. And with their updated LED techniques, they once again glow brightly, even from underneath his battle-worn hood.

This time, however, the Hapkido master rests on a pedestal of molten lava, resplendent in his majesty, juxtaposed by the iconic face mask you’ll swear must have been treated by the 1,000 swordsman. “This man is a Warrior,” you instinctively understand. “This man has seen some things.”

Individually painted and finished to the highest standard of quality and attention to detail, all eyes will be drawn to him, pupils or otherwise, stung by the excellence of what will rightly take its place as the centerpiece of your collection. 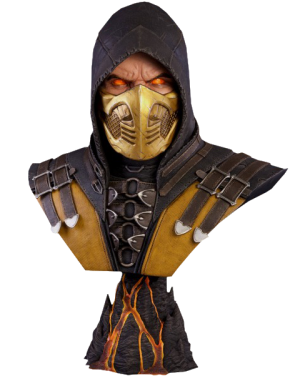