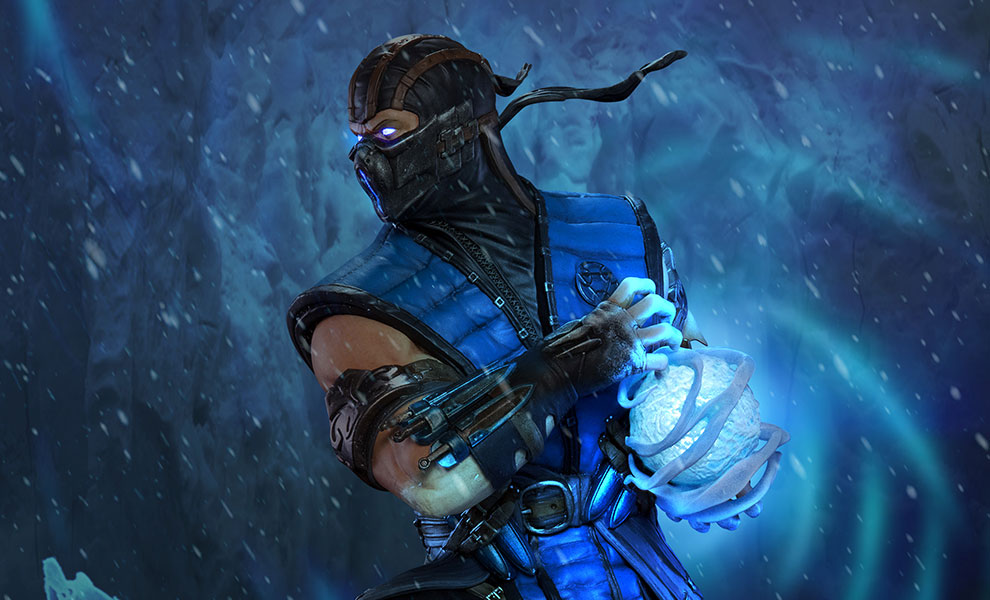 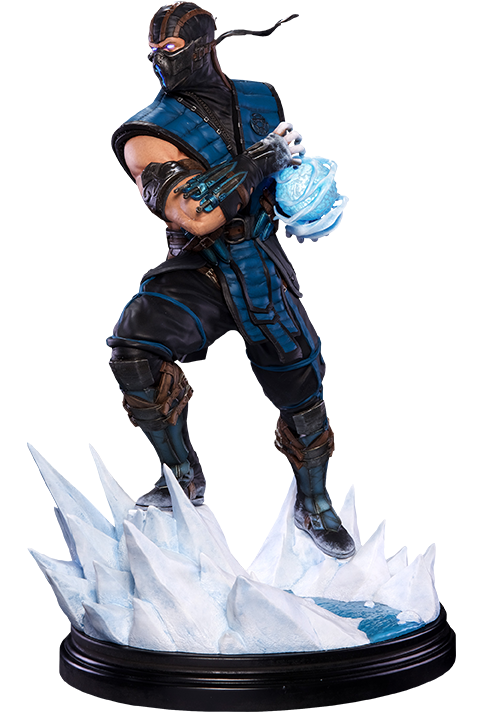 “This fight will be your last!”

There has never been a Mortal Kombat game without a Sub-Zero. He is as integral to the franchise as Fatalities. And while he has taken many forms throughout various sequels, Mortal Kombat X saw Sub-Zero’s humanity restored, reflected by the most utilitarian costume he’s ever worn, an immediate fan favorite.

“Kuai Liang is a Chinese American ninja that wore bright blue,” Jerry Macaluso, PCS Collectibles President, points out. “Everything about that sentence is a contradiction, but Netherrealm made his mythology make sense. With MKX, they decided to ground him by focusing more on the man inside: a virtuous, compassionate character fighting his way through a violent hell dimension. In the wrong hands, depowering him like that could have been a weakness, but instead, as a mere mortal amongst monsters and killers, he’s stronger than ever. By the end of the game, he is a true hero, the enigmatic warrior that shows up when his friends call upon him, a classic badass in the John Ford mold. What a superlative reinvention."

Pop Culture Shock Collectibles is proud to present their very first quarter scale Mortal Kombat X Sub-Zero statue, their greatest iteration to date. Sculpted in high-quality polystone from the actual game model, this is a Sub-Zero so authentic you’ll think his tabard is stuffed with goose feathers and will be afraid to touch his frosty base without padded gloves. The light-up LED eyes and ice ball take a perfect likeness to even greater heights, a piece any fan would display with pride.

My statue came with zero flaws. The light up feature is very cool and the base looks much better in person, the water is especially nice. 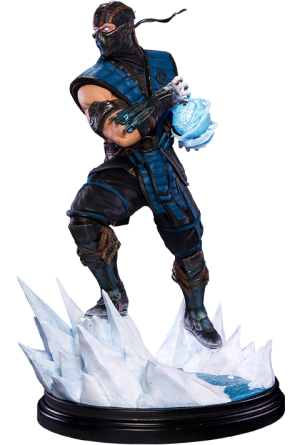