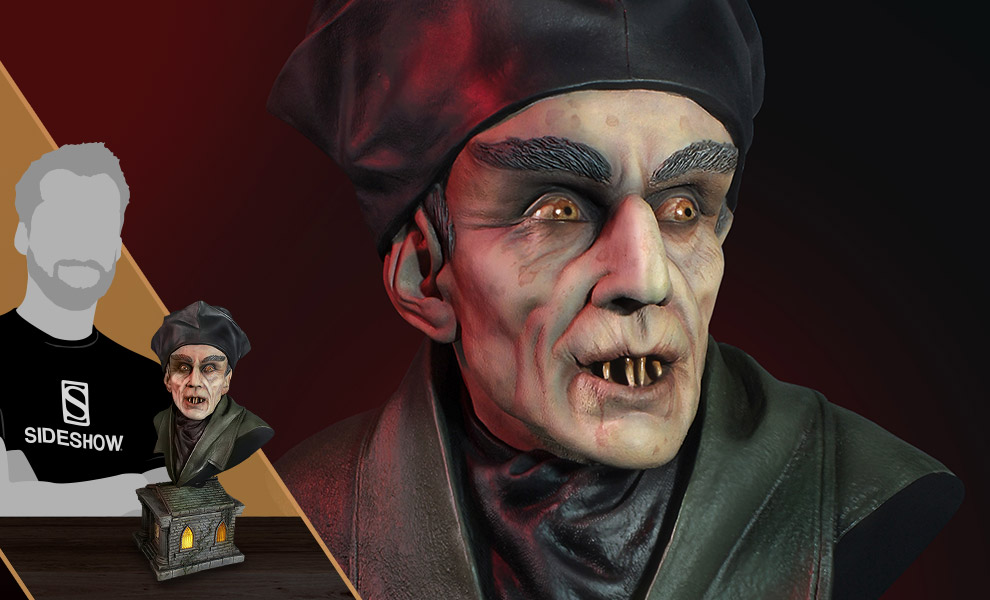 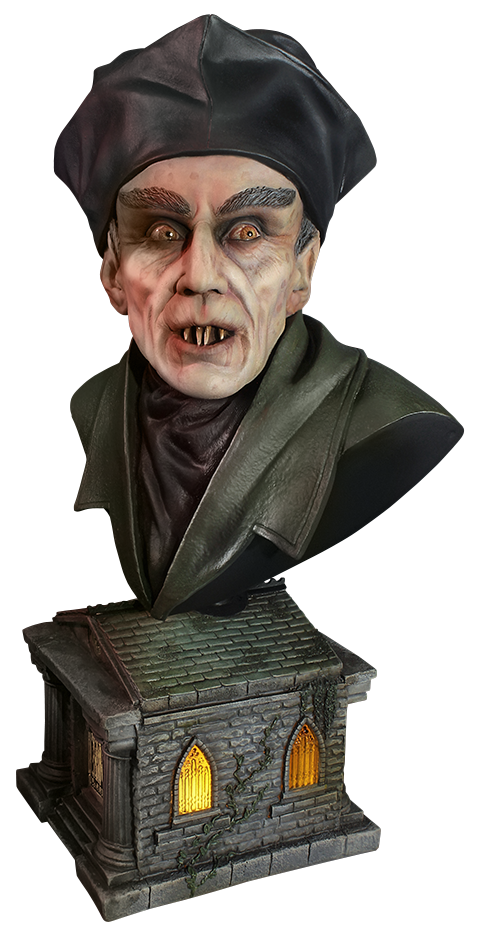 In 1922, director F.W. Murnau horrified audiences with his film “Nosferatu, eine Symphonie des Grauens” (Nosferatu, a Symphony of Horror). An unauthorized adaptation of Bram Stoker’s novel, “Dracula,” the film was very nearly lost forever in a bitter legal dispute with Stoker’s widow. Fortunately, a handful of copies survived and can now be enjoyed by fans the world over.

Murnau’s lead character, Count Orlok, has set the standard for all other vampires to follow. This ½ scale bust of the character is not intended to be a likeness of the actor who portrayed Count Orlok in the film but rather holds to those standards set forth by the film. The dark set eyes, the bald somewhat deformed head and of course those rodent-like teeth all come together to create Quarantine Studio's vision of this notorious character. If you are a horror or vampire fan, then this is a statue you must have.

They started by commissioning the very talented Jeff Yagher to bring the vision to life. Mr. Yagher brought every detail to this sculpt from the overall shape of the head, exaggerated bridge of the nose, even the texture of the skin. It is all there, ready to be appreciated.

Next, Quarantine hired Amazing Figure Modeler Magazine’s very own David Fisher to breathe “death” into the incredible sculpt with paint. Mr. Fisher’s work truly sets this bust apart from the rest by adding even more detail such as liver spots and plaque on the teeth. He even brings out the texture in the Count’s clothing to make it all seem too real.

How do you display such a wonderful recreation of this classic horror character? Why on a crypt of course. Wonderfully detailed, the base gives one the sense of home, for a vampire at least. It features gothic style windows with ornate patterning that adds to the overall creepiness of the design. Ivy and moss grow on the walls and slate roof of Count Orlok’s tomb. Massive columns surround the entrance which features an iron gate to keep out all of the wooden stake-wielding townsfolk. 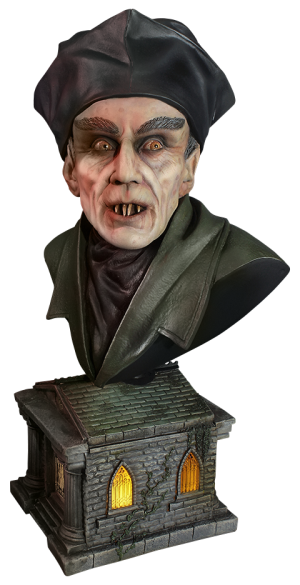