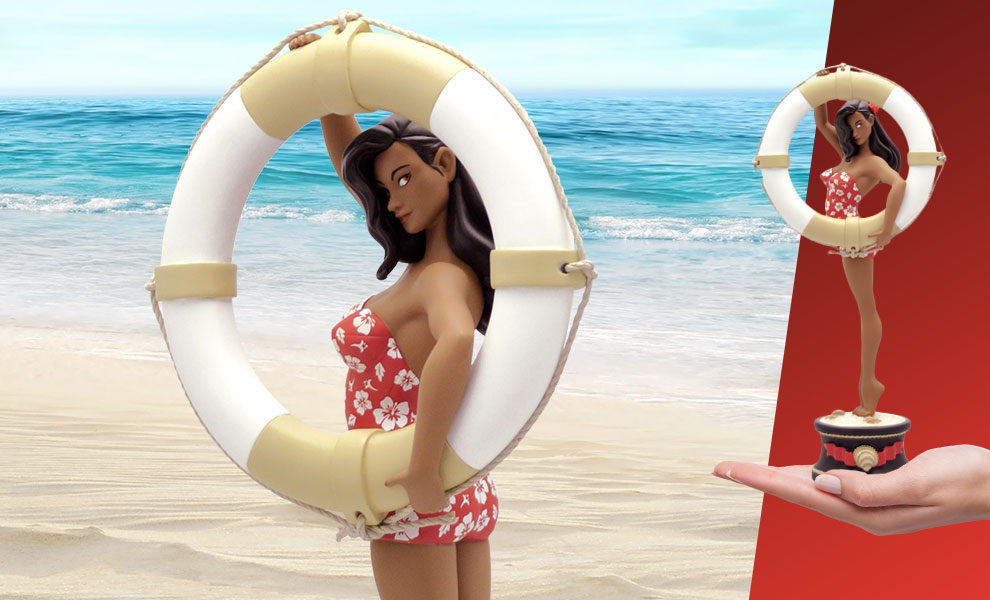 Based on French artist Olivier Vatine's design, sultry Yuku Leelee is ready for some fun in the sun! From the grains of sand to the deep red rose in her hair, she's sculpted with careful detail, bringing this sexy pinup girl to life.

Dressed in a 1950s-inspired swimsuit, Yuku is presented barefoot in the sand, holding a life preserver. This Yuku Leelee by Olivier Vatine Pinup Statue includes a certificate of authenticity signed by the artist and comes packaged in a closed box. Limited edition of only 500 pieces worldwide!

Acclaimed French Comics artist and animator Olivier Vatine made his name with the Aquablue series in the early 90’s. Well-known for his famous pinups, he is best known to Star Wars audiences as the penciler of the Dark Horse Comics adaptation of Timothy Zahn’s HEIR TO THE EMPIRE.