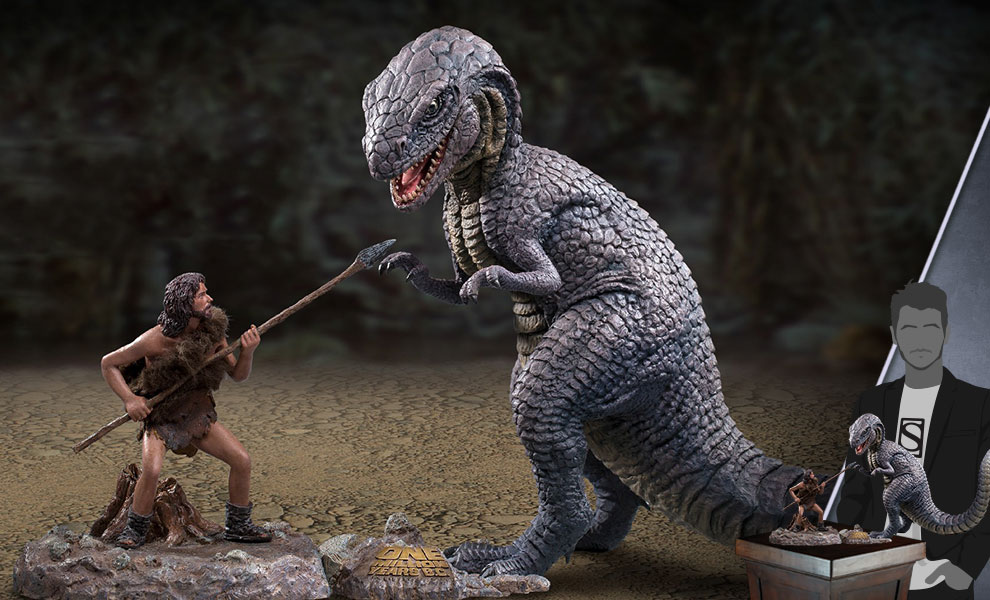 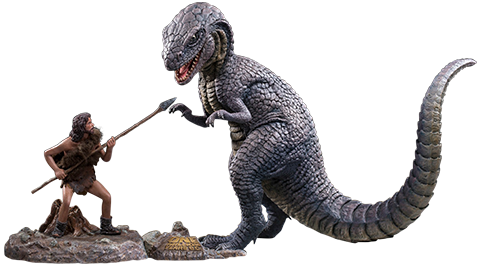 “This is a story of long, long ago; when the world was just beginning.“

The classic fantasy film One Million Years BC featured dinosaurs and other creatures brought to life by the stop-motion genius of Ray Harryhausen.

Star Ace salutes the work of Harryhausen with the soft vinyl statues of the menacing Allosaurus and brave caveman, Tumak. Recreating the scene where Tumak defends a Shell tribe girl from the attacking dinosaur, these two vinyl statues can be displayed separately or brought together to complete the full scene.

The Allosaurus stands 32cm tall and is sculpted to exactly recreate the original Harryhausen stop-motion model, and features a detailed, hand-painted color scheme to match.  It comes with a rocky terrain base featuring the One Million Years BC logo.

In scale with the Allosaurus, Tumak stands 15cm tall and wears a synthetic fur tunic. He stands on a rocky terrain base and brandishes his spear.

The combined set comes with both Tumak and the Allosaurus, the bases fit together to create the full scene.

ONE MILLION YEARS B.C. is a film of Twentieth Century Fox Film Corporation © 1966 and 2020. All Rights Reserved.