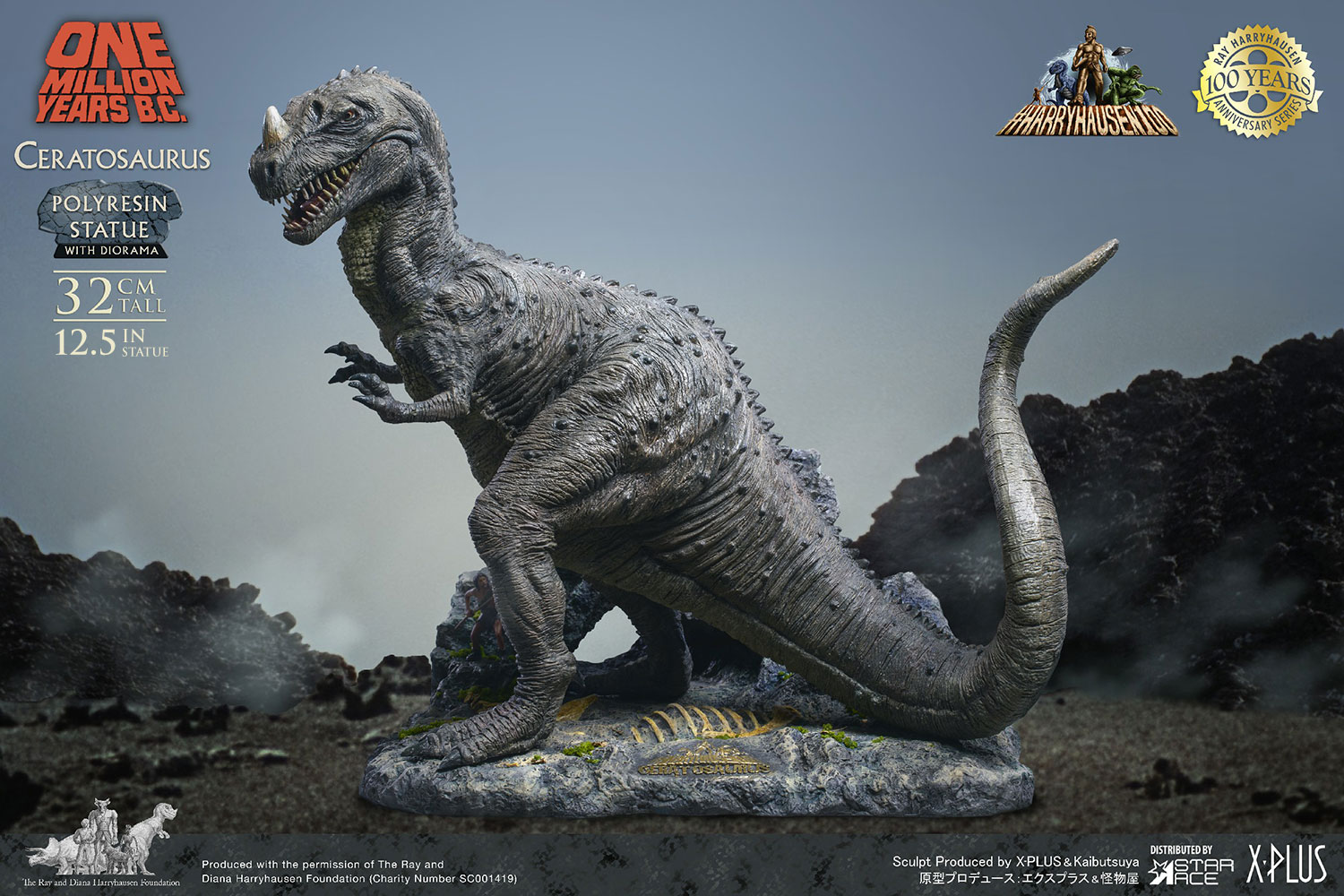 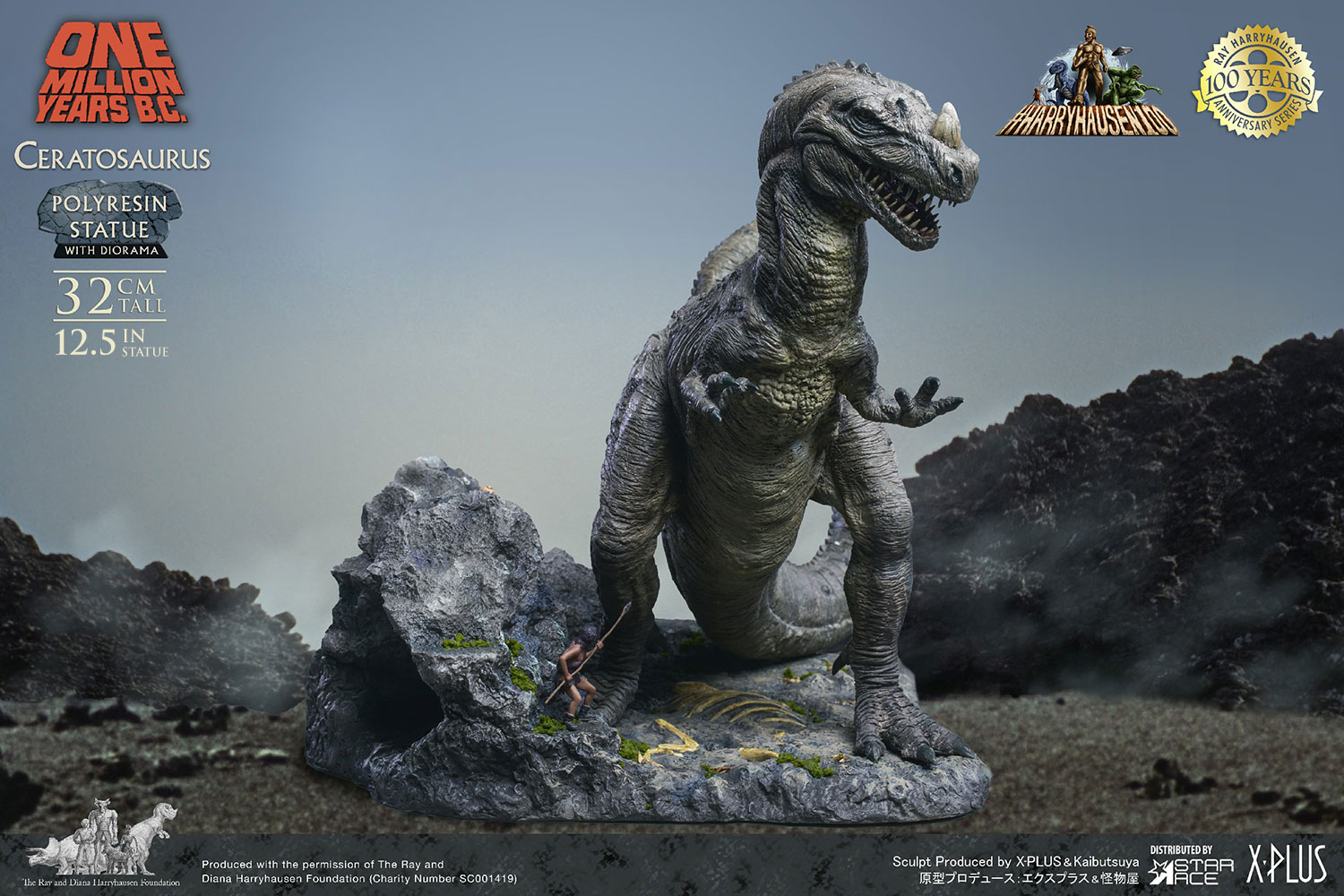 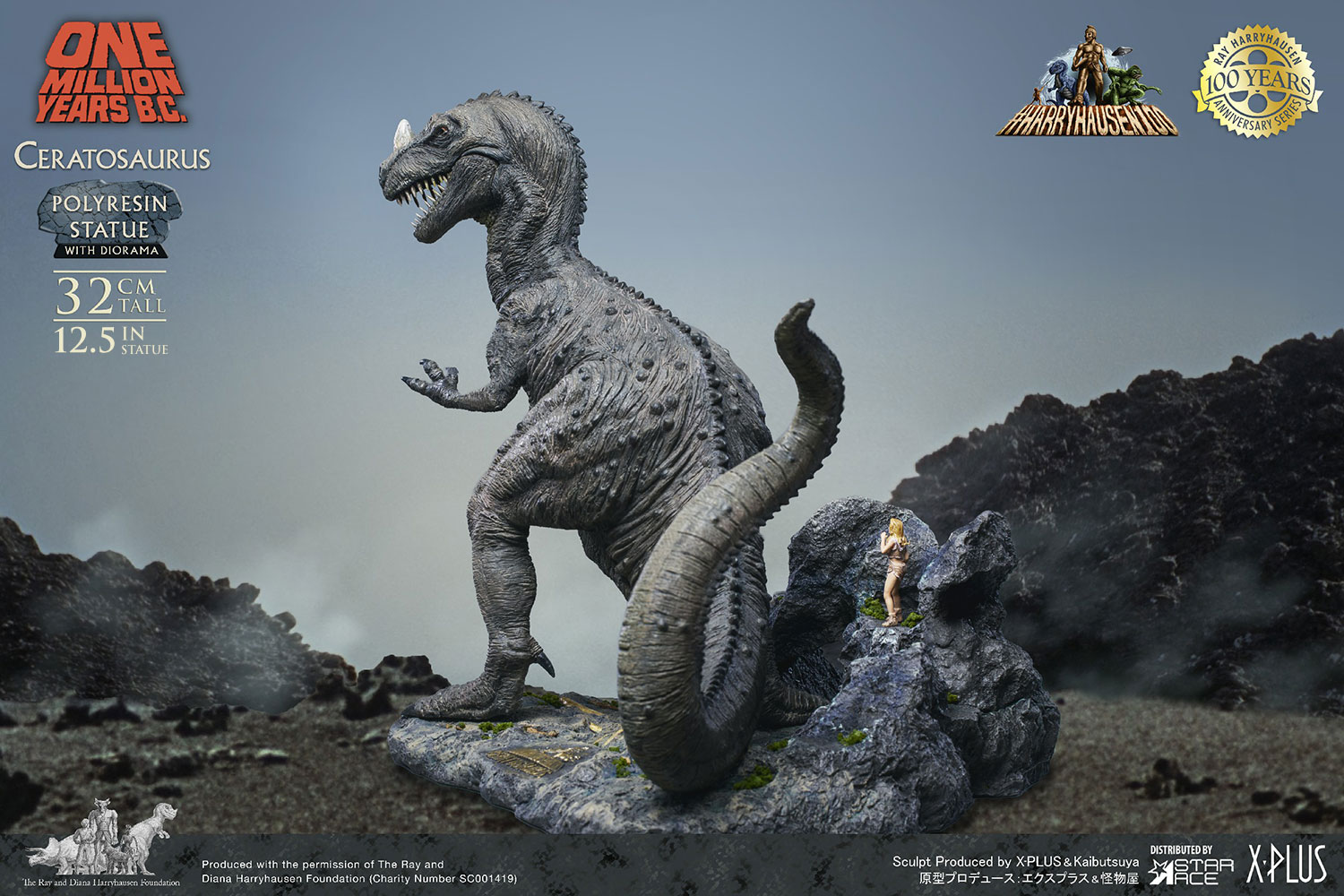 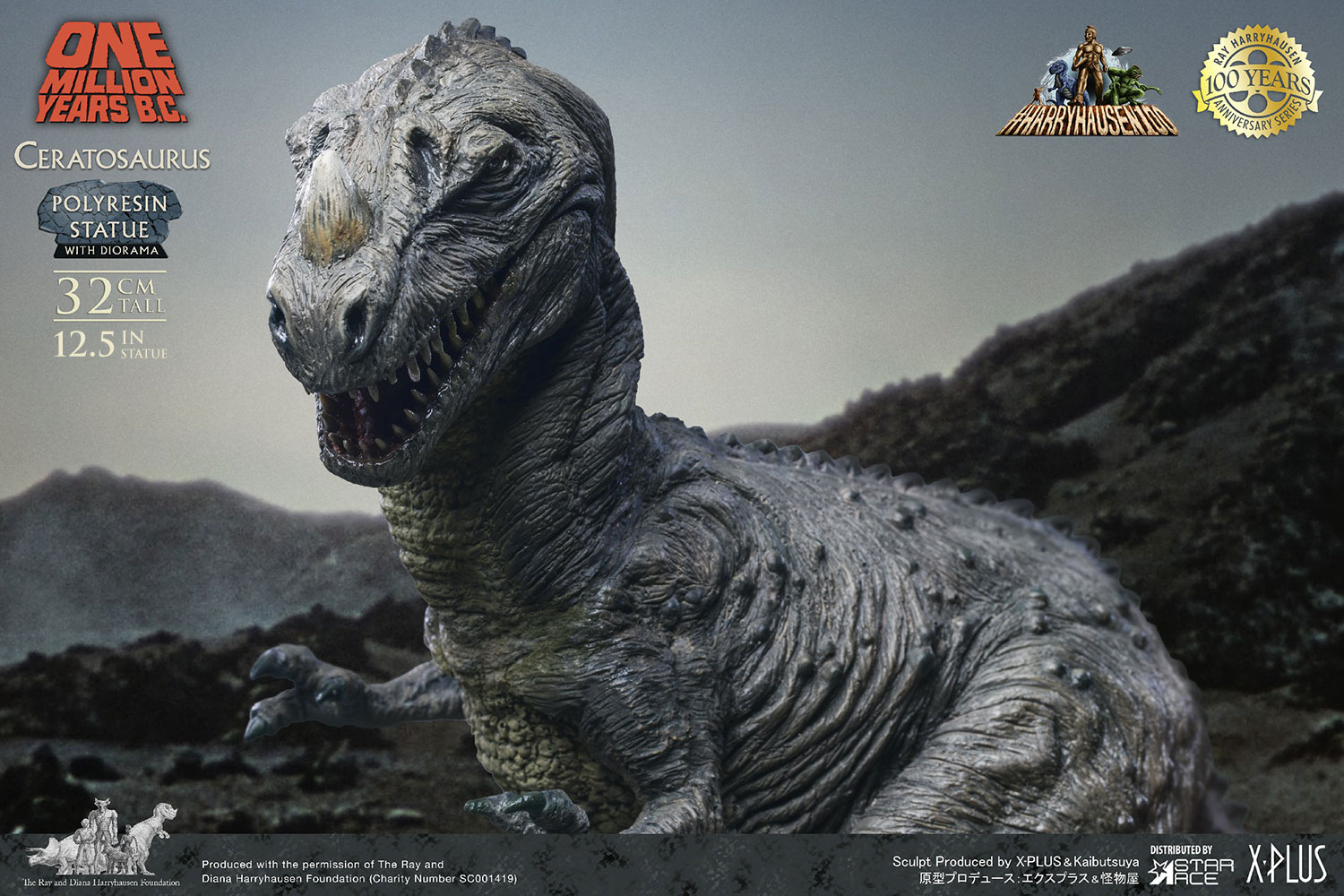 Get It Now
Calculating payments...
Members get $15.75 back. Earn 5% in Sideshow Rewards.
About

“This is a story of long, long ago, when the world was just beginning…”

The classic fantasy film One Million Years BC featured dinosaurs and other creatures brought to life by the stop-motion genius of Ray Harryhausen.

Star Ace’s next release from this film is the menacing Ceratosaurus, known for battling a Triceratops that had been chasing our heroes, the caveman, and the cavegirl.  As the cavepeople fearfully watch hidden in the nearby rock formation, the two huge dinosaurs fought to the death.

This Ceratosaurus is a 12.59" tall polyresin statue sculpted to match the original Harryhausen stop-motion model. It features a detailed, hand-painted color scheme, and comes with a rocky outcropping display base. The set includes scaled figures of the caveman and the cavegirl that can be positioned in a variety of ways!

The Ceratosaurus is in scale with the Star Ace Triceratops and can be displayed together to recreate the scene from the movie (each sold separately.)

Created in partnership with the Ray and Diana Harryhausen Foundation and the 20th Century Fox.

ONE MILLION YEARS B.C. is a film of Twentieth Century Fox Film Corporation © 1966 and 2021. All Rights Reserved. 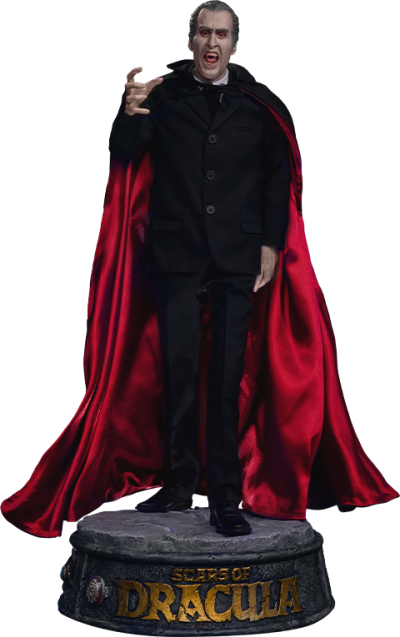 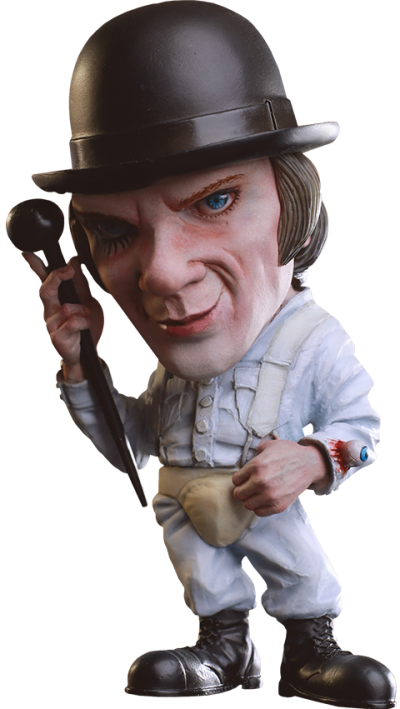 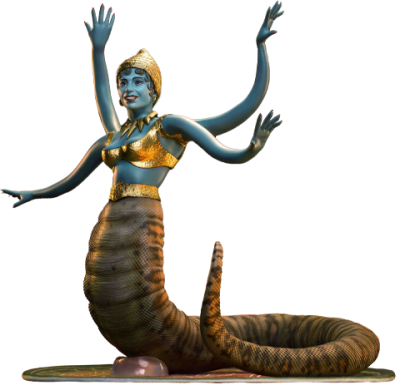 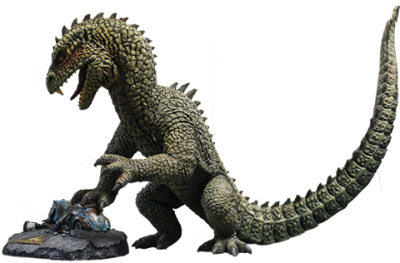 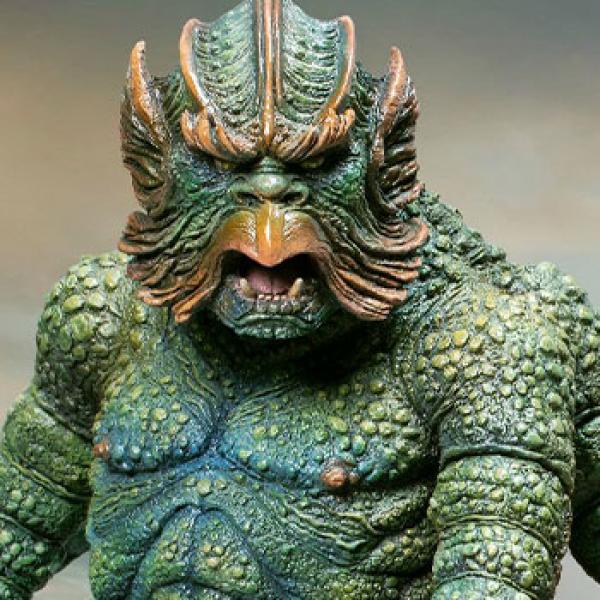 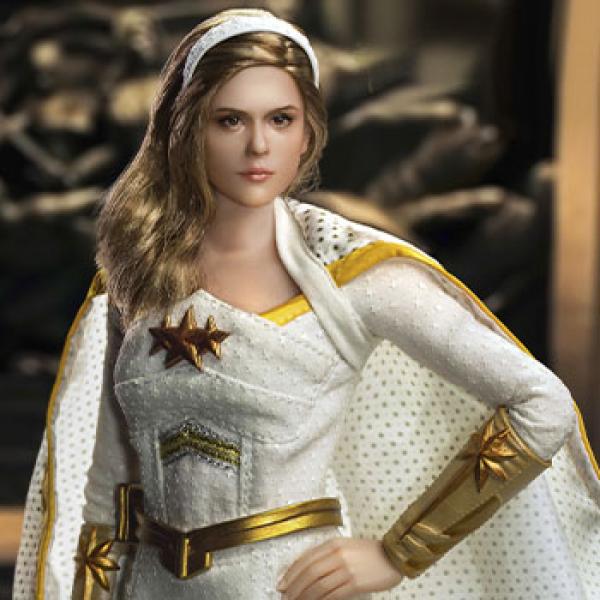