Skip to main content
Looking for a special offer? 👍 Look no further! SHOP ALL DISCOUNTS
https://www.sideshow.com/collectibles/13141 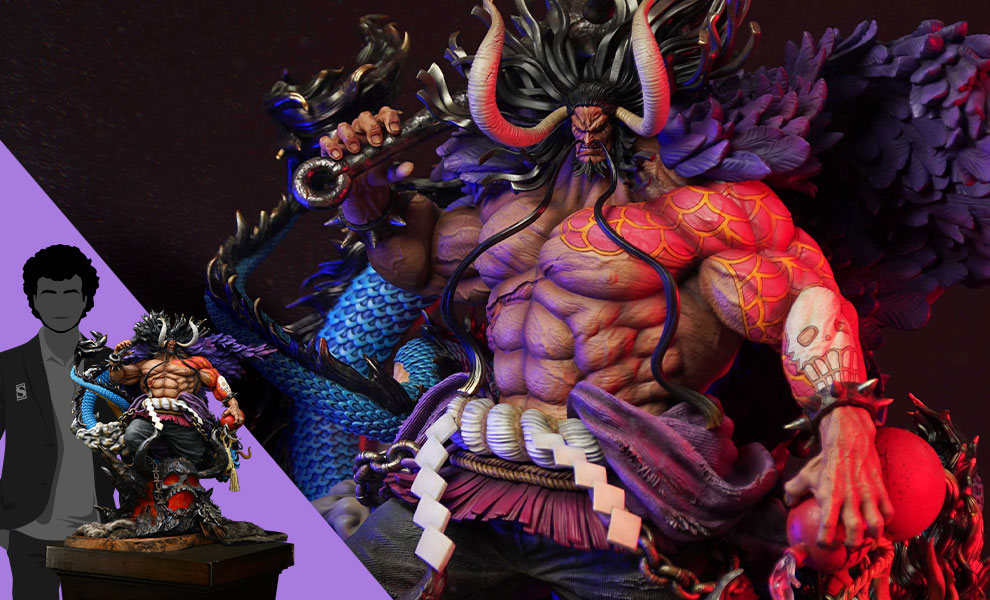 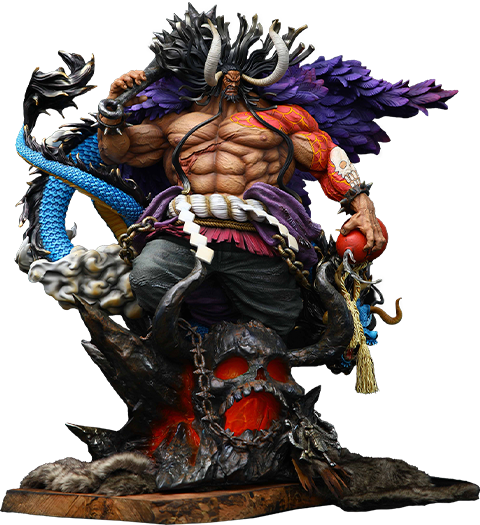 Kaido of the Beasts, One of the Four Emperors, and renowned as the world's "Strongest Creature". Model: Seiryu.

Great in height and very muscled, with a wild and unruly hairstyle, this villain has a pair of horns on his head, his beard is as long as a dragon's whisker, and his left arm has a dragon scale tattoo. His upper body is naked, with a cross scar on his right abdomen, a purple shirt is hung on his waist, and a thick shimenawa is tied around his waist.

Kaido has a moody personality, sometimes painful and sometimes furious. He especially likes drinking and suicide. Although he has many subordinates and huge influence, he is a lone ranger. He always wanted to start the "biggest war in the world". He looks rough, but he is actually very shrewd and scheming, and his strength is even the top presence in the Pirate World. Kaido is very impressive in the hearts of One Piece fans both in terms of strength and appearance.

The Kaido statue of the Four Emperors produced by Jimei Palace features a scene from the ghost island on the base. The main base is the ghost island skeleton, and a fur-wood base is used instead.

The strongest creature himself features a giant kanabo on his shoulder and a wine pot in hand, it really feels like wine spilled from the pot! He is stepping on the ghost island, with a powerful momentum with a mighty and domineering dragon behind with fantastic texture details. Limited to 100 pieces in the USA. 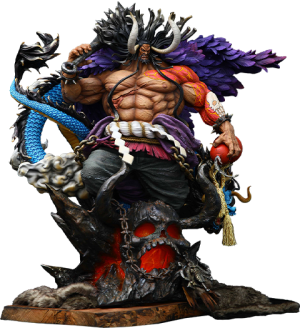