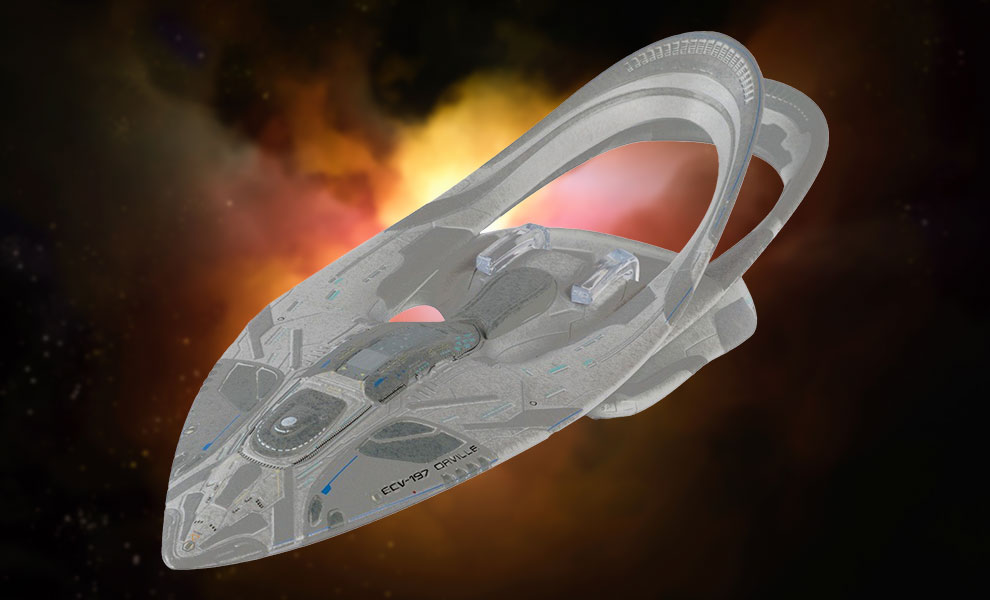 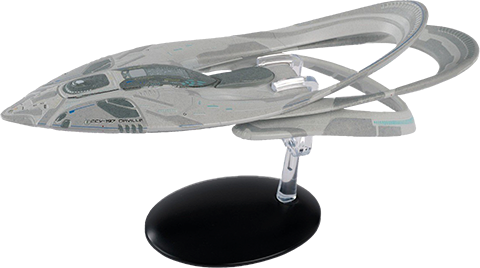 Hero Collector is proud to reveal the titular ship from the Orville - an American science fiction comedy-drama television series created by and starring Seth MacFarlane.

This fantastic XL-sized ECV-197 Orville ship is a mid-sized Exploratory-class vessel in the Planetary Union. It was designed for long-distance exploration into uncharted space, with nearly 300 crew members (and their families) living aboard. This titular ship serves as the primary setting for The Orville, as washed-up Captain Ed Mercer (Seth McFarlane) leads a crew of colorful characters on their voyage through the stars! Its interior walls are a synthetic fiber that acts as an artificial plant system, absorbing carbon dioxide and expelling oxygen. Even the ship’s water recycling system is entirely self-sustaining, allowing the Orville to sustain its crew for long voyages without the need to resupply or offload waste.

The ECV-197 Orville XL Edition ship captures the beautifully sleek lines and sophisticated design of the ship. The futuristic ship stands out with the three curved engine loops at the back.