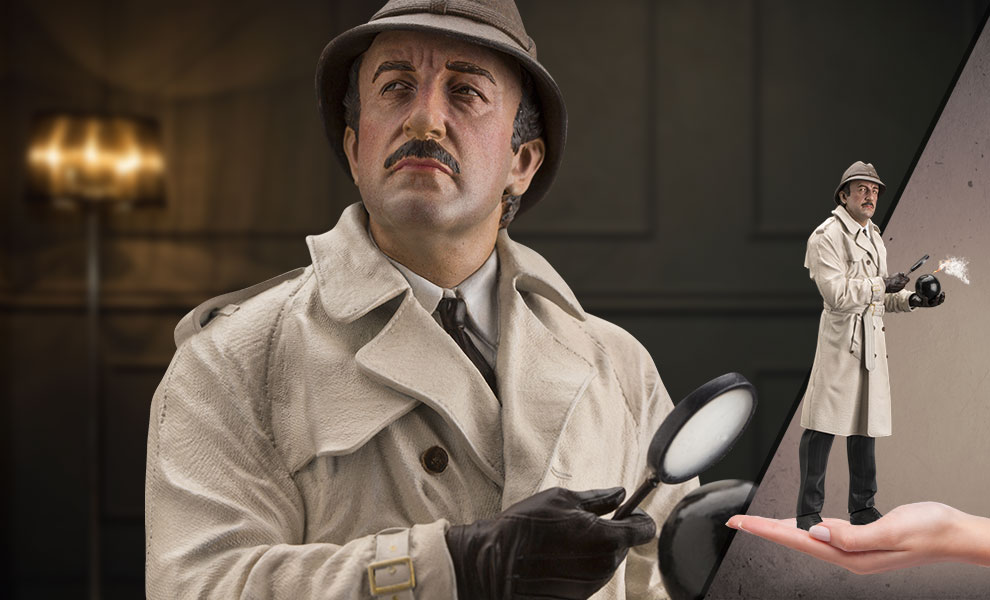 When a comic actor reaches a point when they redefine comedy itself, when their name is synonymous with pure comedy, they can be considered a legend of style and uniqueness. Peter Sellers is now recognised as one of the greatest comics of all time. His physicality, his ability to transform and his facial expressions, as well as the various accents he worked with, have for decades been considered as timeless elements of classic comedy.  From a Kubrick icon to the unforgettable French inspector in the series of films by Blake Edwards, Sellers managed to physically transform himself to an unbelievable extent, while at the same time amazingly remaining very much himself, the great English comic actor with an unmistakable style. Peter Sellers was not simply a comedian, nor was he simply a great actor. He was, above all, a unique genius who gave us some of the funniest moments of all time.

There are often invented characters who become a symbol of the very person who plays them, from Charlie Chaplin’s “Tramp” to “Mr. Bean” for Rowan Atkinson. This was the case with Inspector “Jacques Clouseau” for Peter Sellers. This led to the inspiration for our statue, where we leave it up to you to decide if it is Peter Sellers dressed as Clouseau or Jacques Clouseau imitating Peter Sellers...

In the meantime, the fuse will burn down, the carpet will trip him up, and in the end the bomb will cause a catastrophe! As always.

Meticulous research into every detail of the clothes and accessories, highly refined sculpting and extreme precision in colour render this little masterpiece one of a kind. If you have been waiting to have something unrepeatable in your collection, the time has finally come to make room for the comic genius of Peter Sellers. Have no doubt, the result will be explosive!

© 2019 Used with permission from The Lynne Unger Children's Trust.

I just got my statue, and I will be in touch with Sideshow about a problem with a skin tone that is much too dark for this character. It may be reason to return the item, or request whether there was any problems with consistency in the painting process. It was darker than the advertised image in my opinion, compared to other figures I have. Good sculpture though. I hope it can be worked out. Much to like about the item.