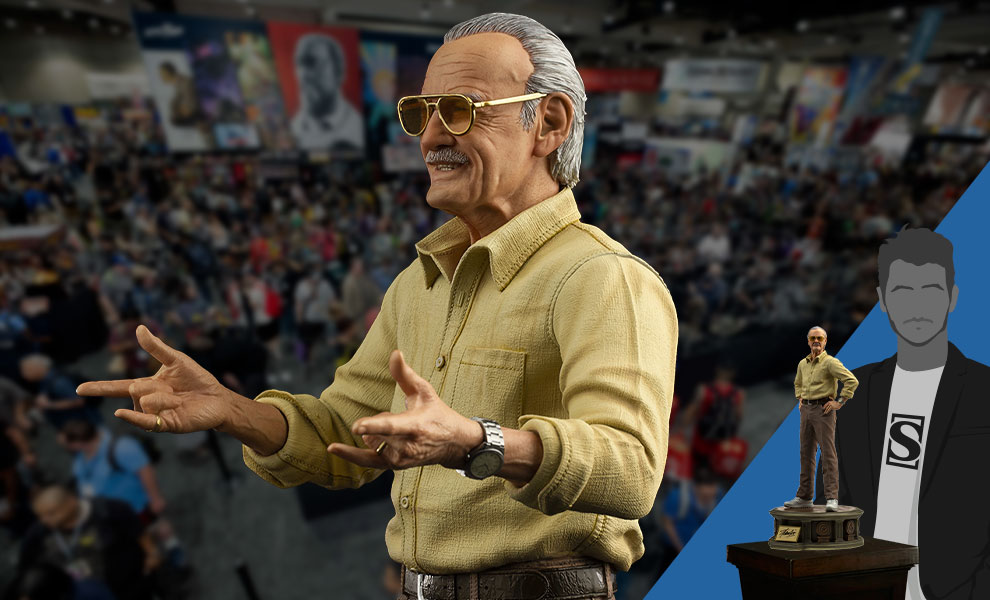 The Amazing Spider-Man, The Incredible Hulk, The Invincible Iron Man, The Uncanny X-Men, The Mighty Thor. Marvel fans who have read comics since they were children grew up seeing Stan Lee's name in the pages of their favorite stories, showcasing the pride of a creator whose legacy inspired generations of fans.

Much more than a writer, editor, producer, entrepreneur, and actor, Stan was and still is a captivating figure who brought joy and enthusiasm to his comicbook creations. He was especially beloved for his humorous short cameos in films and TV series adapted from his stories that left a big impact on fans around the world.

The impressive 1:4 scale figure sits atop a luxurious base adorned with homages to Stan's most famous characters and a front plate with his unmistakable signature. The statue also comes with two pairs of arms (with the option of his arms extended or around his waist) and two interchangeable heads for different presentation poses.

As you can see, this majestic statue is certainly worthy of a legend. 'Nuff said.