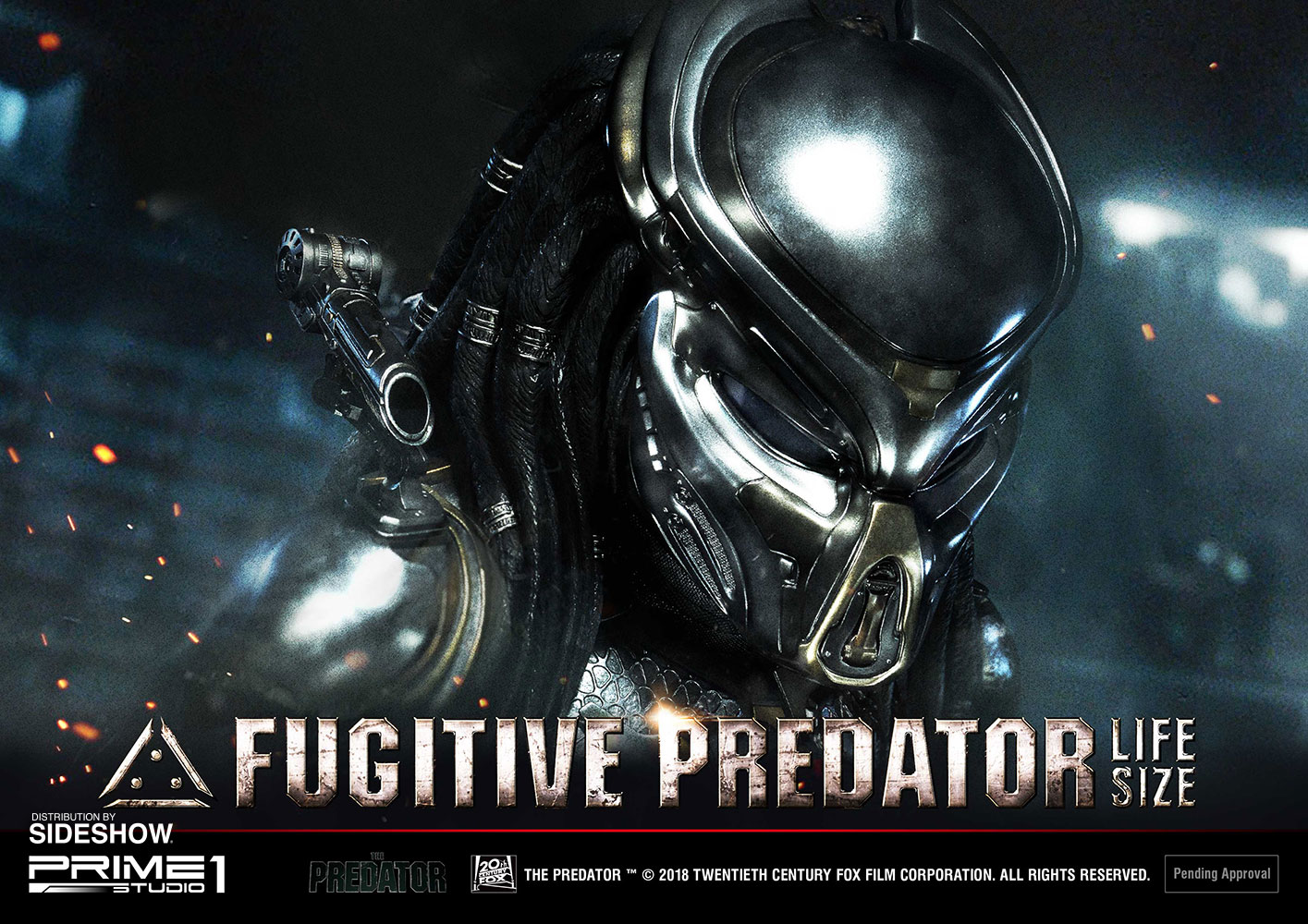 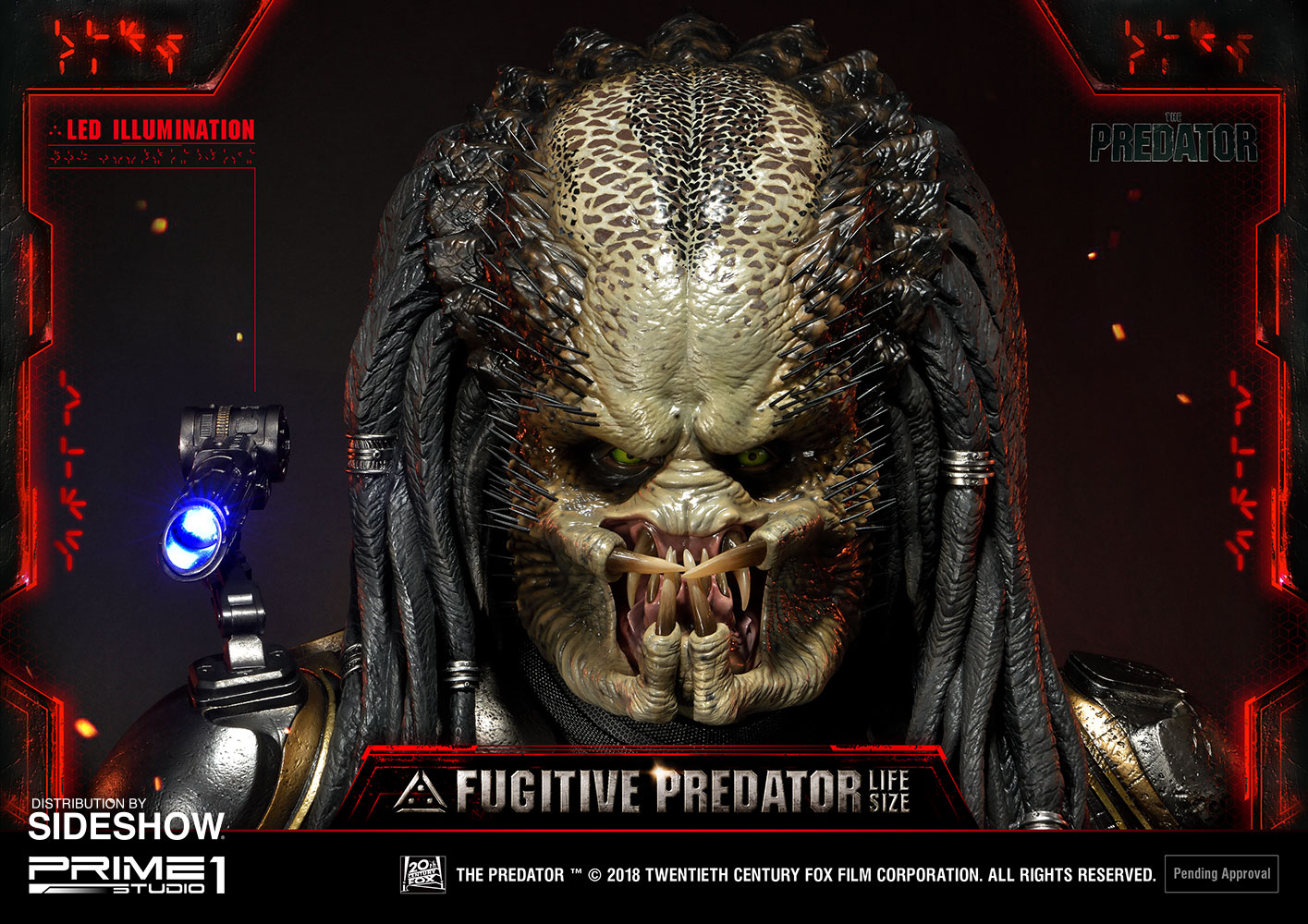 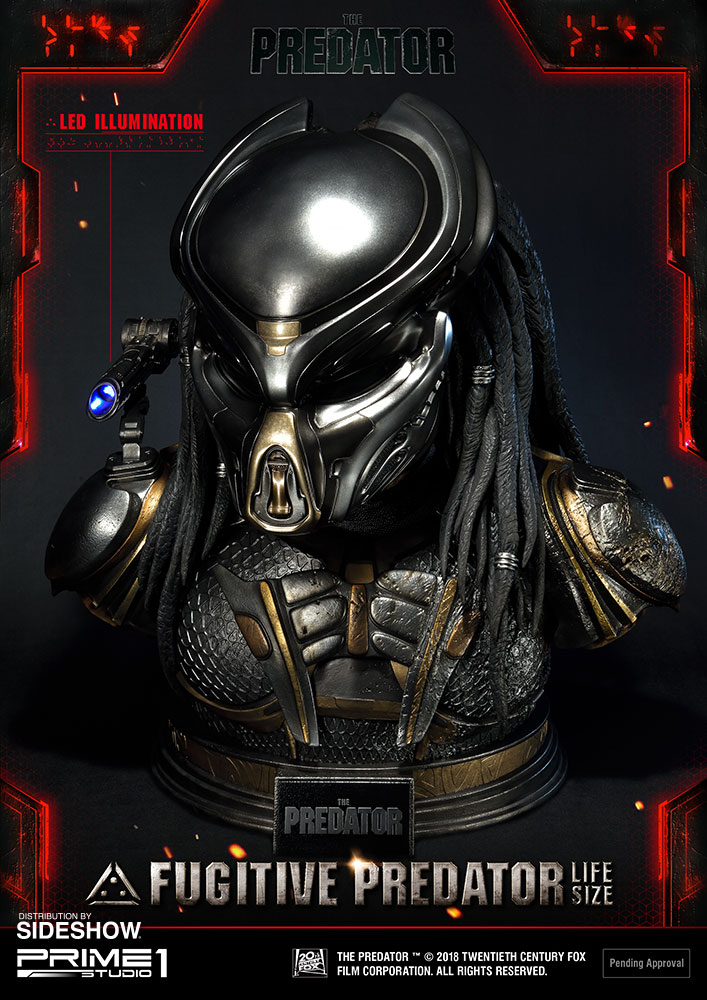 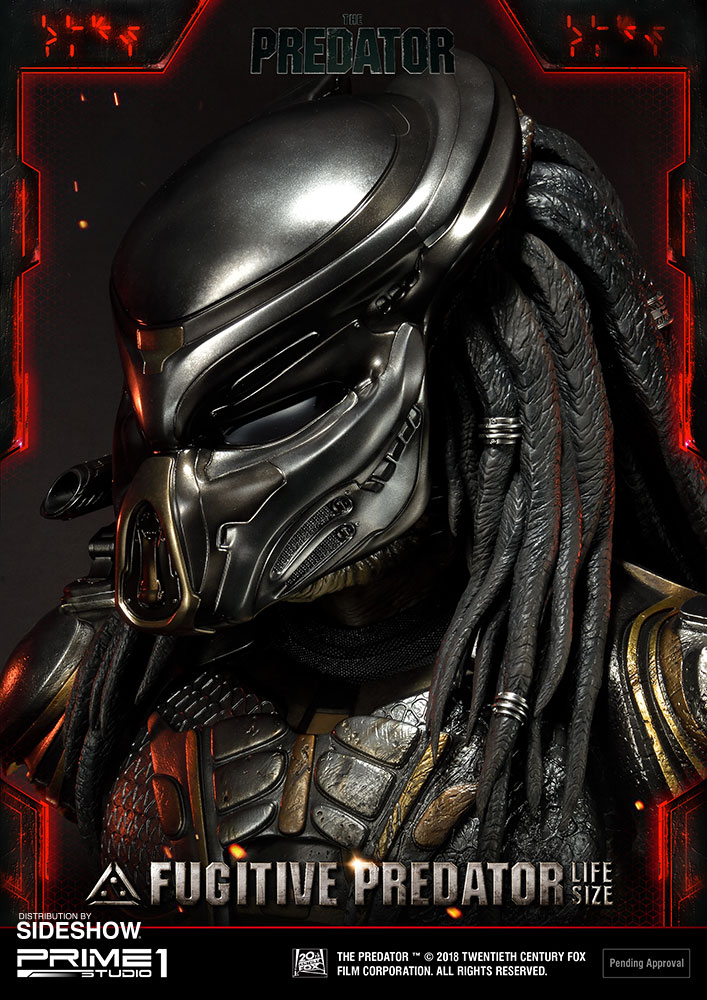 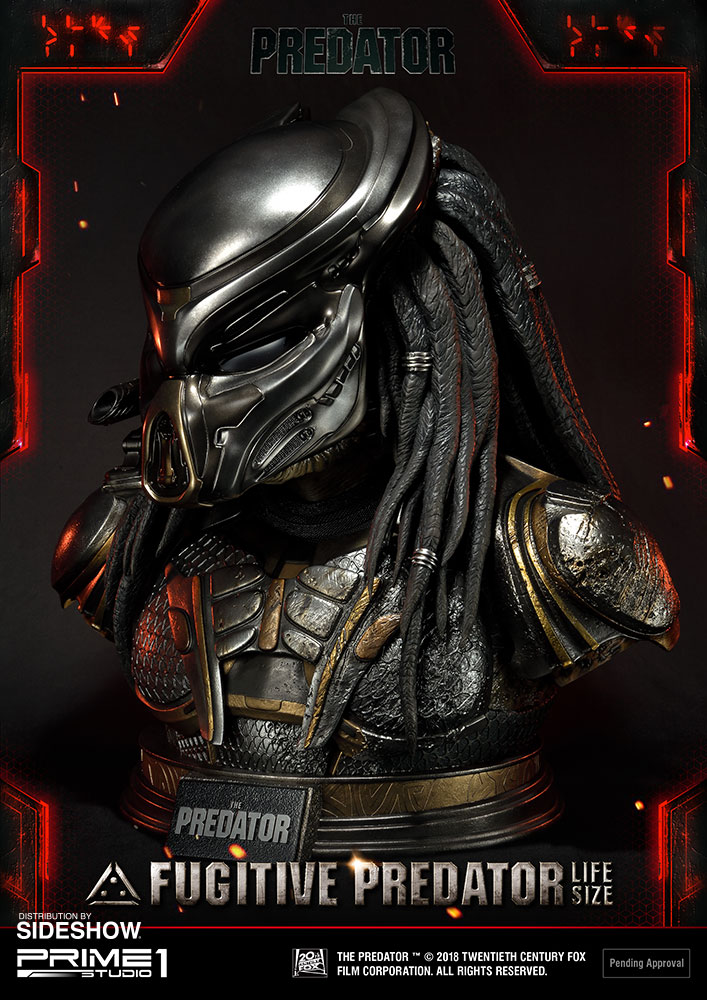 “Predators don't just sit around making hats out of rib cages. They conquered space.” - Will Traeger

Sideshow and Prime 1 Studio are proud to present the Life-Size Fugitive Predator Bust from The Predator (2018 Film).

The Predator is an upcoming 2018 science fiction film that will be directed by Shane Black. It will be a sequel to the 1987 film Predator. It is the fourth installment in the Predator film series. The Fugitive Predator bust was made using Props 3D digital scan files as you will see in the film, making this the most film accurate of Fugitive Predator you will ever find. This Life Size bust will surely be a show-stopping addition to your collection. This is a must-have for all Predator fans!