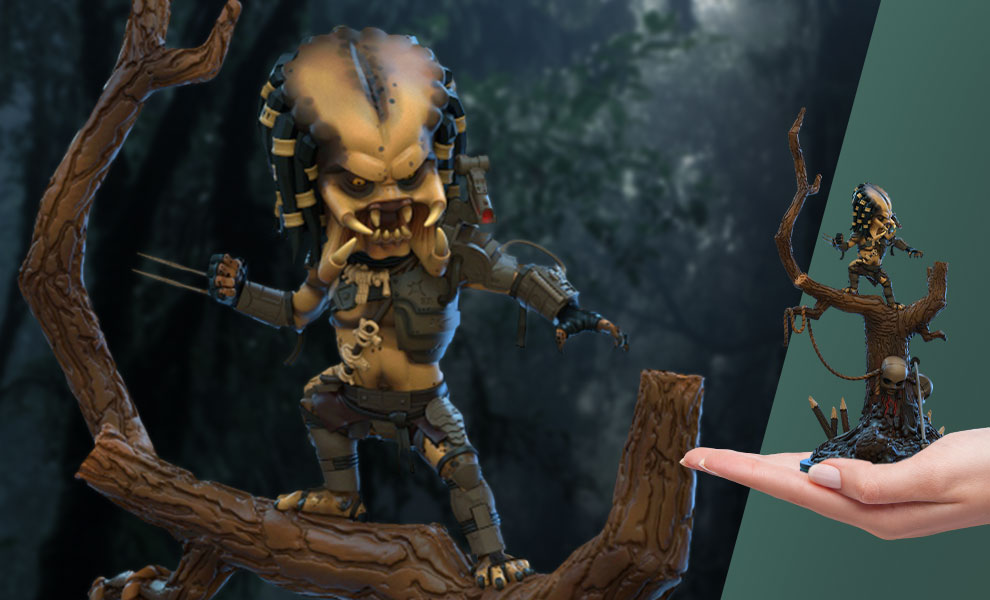 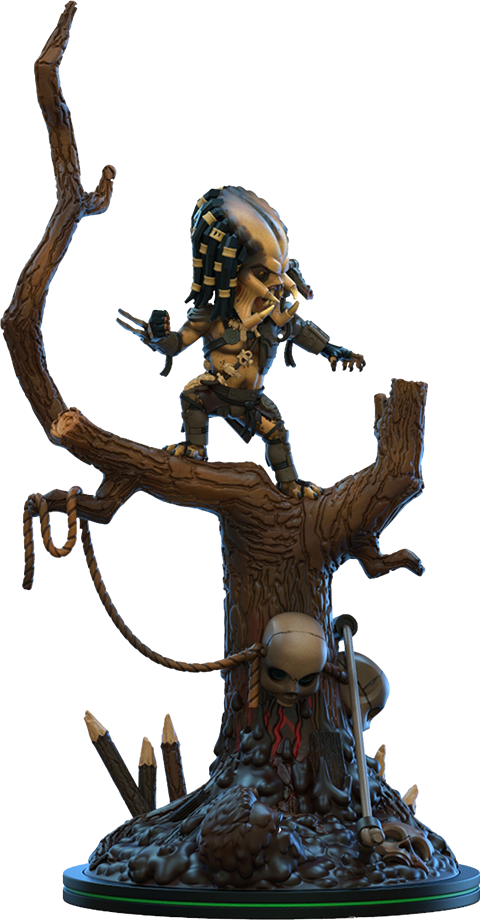 The galaxy’s most-feared hunter is an apex “predator” with a fondness for collecting gruesome trophies from its prey. Strong, cunning, silent, and deadly, they’re as fierce as they are mysterious. Capable of taking down almost any target, this particular stalker only met his match when he ran into Ah-nold. Now it’s time to turn the tables and add him to your collection with the Predator Q-Fig Max Elite Collectible Figure!

Based on the titular monster from the movie Predator, The Predator Q-Fig Elite recreates the scene where the extra-terrestrial warrior stalks our hero, Major Dutch Schafer. But Dutch has a few tricks of his own and uses the mud to camouflage his thermal image, making him all-but-invisible to the Predator.

High in the trees, the Predator uses a combination of high-tech gadgets and highly-developed senses to scan for his quarry. Without his cloaking ability turned on, you’re free to admire the Predator in all his fearsome glory. You should probably still cover yourself in mud just in case, though.

The Predator Q-Fig Elite stands at 8" tall from the muddy and skull-adorned display base to the very top of the gnarled and knotted tree. With a keen eye, you’ll be able to spot Dutch hiding the mud below and waiting for the right moment to strike.

Up above, Predator stands at the ready, armed with a wrist blade and flashing razor-sharp mandibles. He wouldn’t be the Predator if he wasn’t sporting those signature alien dreadlocks, either.

Collect the Predator… before he collects you.