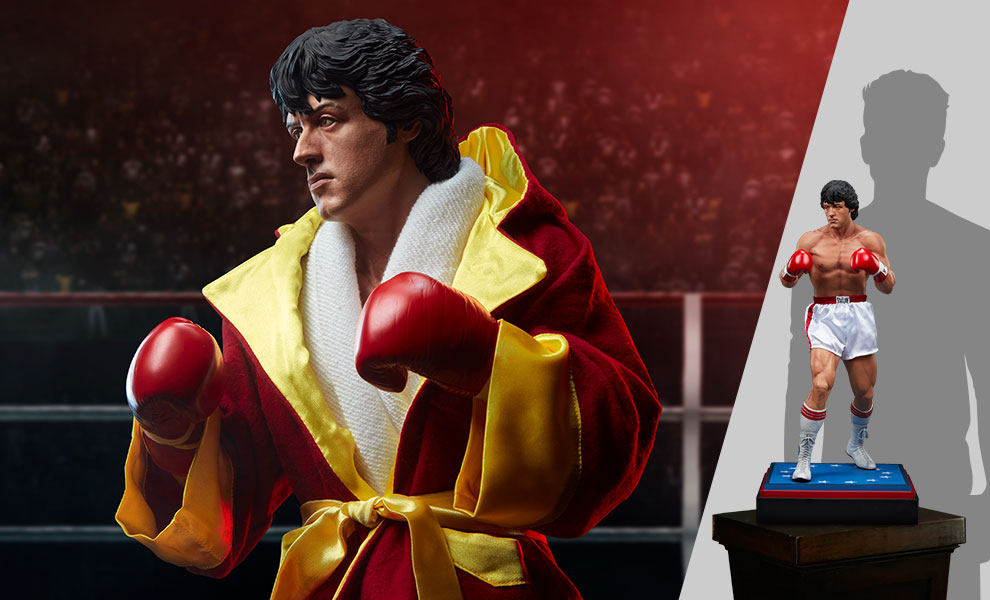 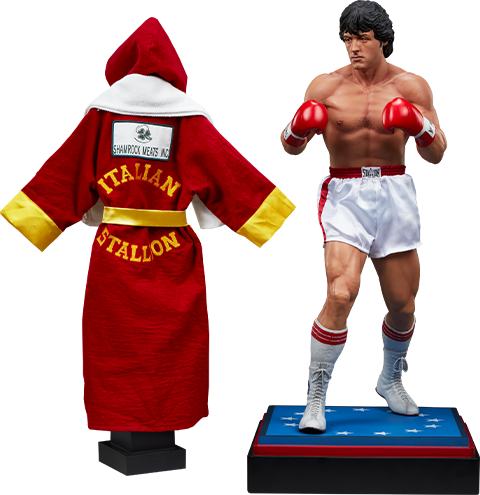 “You stop this fight, I’ll kill you!”

Step into the ring with Rocky Balboa, whose iconic on-screen presence has been captured in an extremely detailed and lifelike 1:3 scale collectible format. Measuring 25.7” tall, the Rocky Statue depicts the chiseled heavyweight boxer as he appeared in his first film outing, in the climactic fight against Apollo Creed. He stands on a textured black, red, and blue square base detailed with white stars to capture the feel of the boxing ring canvas. Sculpted expertly in the likeness of actor Sylvester Stallone, his portrait features handcrafted, hyper-realistic moveable eyes for an added degree of realism in any collection.

The Rocky 1:3 Scale Statue features a mixed media costume with custom tailored fabric elements giving collectors multiple configuration options. His red and white fabric shorts include the Stallion branding on the waistband, and the piece includes a red and yellow hooded Italian Stallion robe and a white fabric towel that can also be displayed on the figure. The Rocky Statue also features sculpted white boots, striped socks, and red gloves to complete his ring look. Taking a prepared stance, this statue embodies all of the action and intensity of an unforgettable cinematic icon.

The Rocky 1:3 Scale Statue by PCS is sure to be a knockout in any collection- bring him home today! 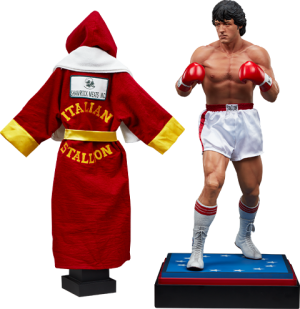