Skip to main content
The Celebration starts now! 🪐 Save Up to 20% on Star Wars items!
https://www.sideshow.com/collectibles/15797 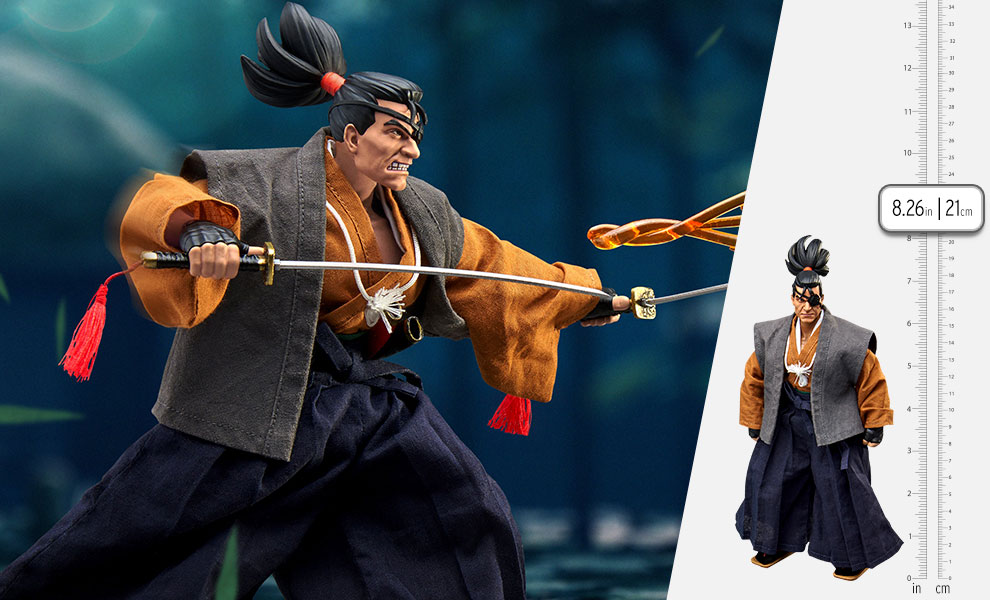 One of the most celebrated fighting games from SNK: Samurai Shodown is ready to hack and slash on a desk near you with the release of its most renowned character: Jubei Yagyu in glorious action figure form!

Join Sideshow and Beast Kingdom with the launch of a new line of DAH (Dynamic 8ction Figures) from the famous SNK gaming powerhouse!

Fans of Japanese Samurai and video games are no strangers to the famous ‘Jubei Yagyu’, one of the main characters of the Samurai Shodown series of games and based on a real historical figure who served the Shogun during the Shogunate, military era of Japan! A fearless warrior, his distinctive one-eyed patch gave him legendary status amongst Japanese swordsmen of the Edo period.

The video game series of which the DAH-071 Jubei Yagyu design is based on accurately depicts the character in all his splendor! The figure recreates the intricate samurai clothing using real fabric, as well as giving fans a host of accessories and head sculpts straight from the video game, including a pair of heavy-hitting Katanas ready to dish out justice!

The set poses the action figure with an authentic-looking Japanese-inspired backdrop for a portrait-like setup. Also, the grinning sculpt is accompanied by a dango, and a collection of combo special effects to make Jubei’s fight pop to life!