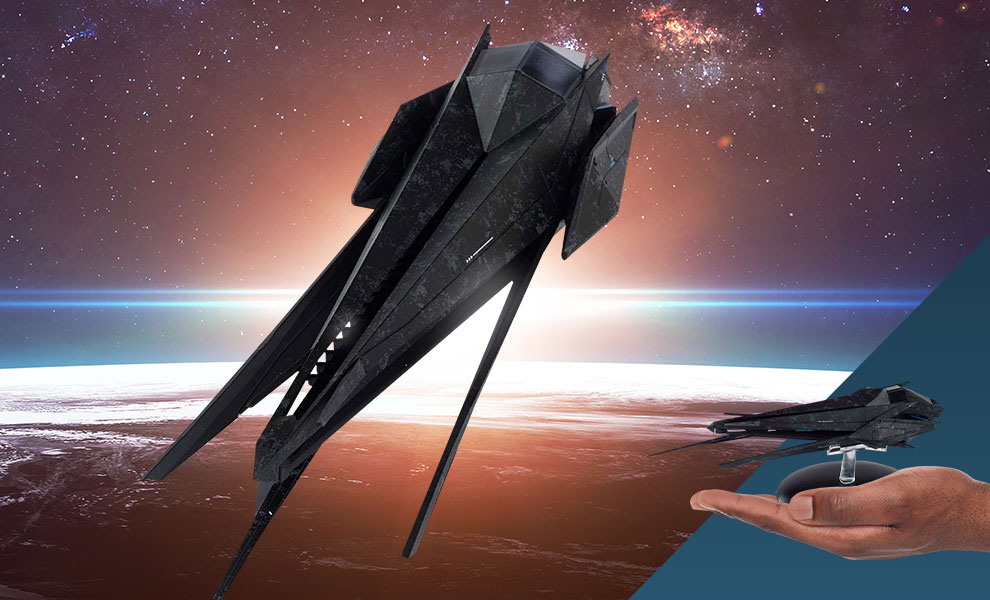 Ba'ul Fighter starship is a small, warp-capable attack fighter built by the Ba'ul. This sharp-angled vessel was flown by a single pilot and mounted directed-energy weaponry. The Ba'ul used these fighters alongside larger sentry ships to defend their ringed homeworld of Kaminar. A mysterious and predatory species, the Ba’ul oppressed the Kelpiens – another species native to Kaminar – for millennia, misleading them into living in constant fear and accepting a regular cull of their own population. Saru was the first Kelpien to learn the truth after he made contact with Starfleet and fled Kaminar as a refugee – years later, he would return to awaken his people from Ba'ul control.

This fantastic Star Trek die-cast Ba'ul Fighter model recreates the starship as seen in the second season of Star Trek: Discovery. It was designed in the black with sharp-angular shapes at the back and a small one-person cabin in the front.