Skip to main content
Looking for a special offer? 👍 Look no further! SHOP ALL DISCOUNTS
https://www.sideshow.com/collectibles/15782 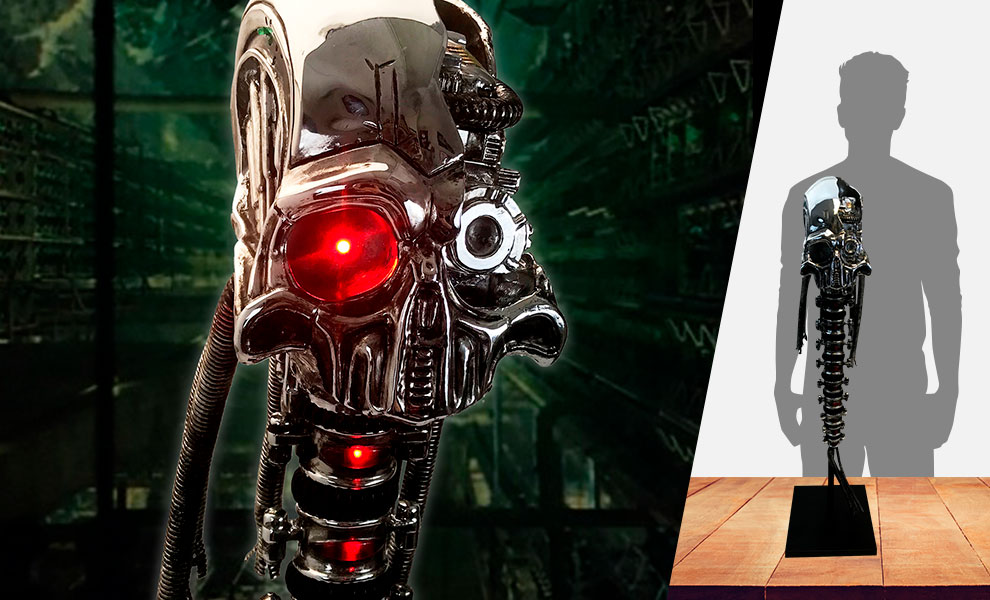 The Borg Queen was the entity that served as the central nexus for the Borg Collective. The Borg, a fusion of organic and synthetic matter, and their relentless pursuit of perfection brought fear to all quadrants of the galaxy and appeared in both Star Trek motion pictures and television series. Our Borg Queen Skull Replica replicates the cybernetic skull and spinal cord that remains after the Borg Queen’s body is dispatched by Captain Jean-Luc Picard during the climax of Star Trek: First Contact.

In the Star Trek Universe, the Borg Queen is not a single entity but is one of many. In Star Trek: First Contact, she was memorably portrayed on-screen by Alice Krige. We are proud to present this replica as a Signature Edition, with a plaque personally signed by Ms. Krige.

The Original Prop was created for confrontation scenes at the end of Star Trek: First Contact. Made from resin, it was augmented with LED lights and animatronics. The physical prop was blended seamlessly with CGI to create the final scenes.

Our Borg Queen Skull Signature Edition Replica has been copied directly from the surviving prop in the CBS archives to ensure accuracy.

The main body of the replica is cast from heavyweight polyurethane resin with an electroplated chrome finish. The replica is augmented by various plastic and rubber parts to match the original prop and features an articulated spinal cord. On-screen the prop was presented as being heavily damaged by corrosive plasma, so each replica has been hand-weathered to lend a ‘battle damaged’ appearance.

Electronic light features have been incorporated to simulate the special effects seen on screen. These include multiple LEDs and a ‘fade-out’ sequence that replicates the moment that the Borg Queen ceased to function.

This is a strictly limited signature edition of just 250 pieces and includes a cast metal hand-signed plaque, a display stand, and certificate of authenticity/prop story booklet.