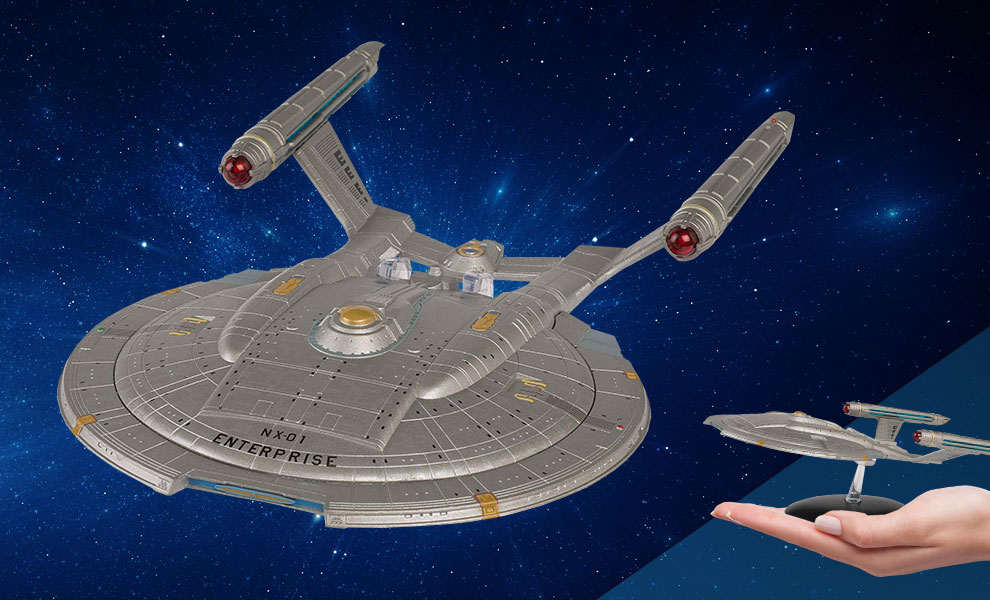 The Enterprise NX-01 was a NX-class starship in service of the United Earth Starfleet in the mid-22nd century. When the Enterprise was launched in 2151, she was the prototype of a new class of cruisers and was under the command of Captain Jonathan Archer. Her historic mission led to many first contacts and laid the groundwork for what would become the United Federation of Planets. This iconic ship in this XL edition brings every detail to greater scale, and makes an excellent addition to your Starships collection.

Comes with an exclusive collector's magazine that provides an in-depth profile of the ship, with detailed annotations, and a breakdown of the technology on board, its crew and weapons.