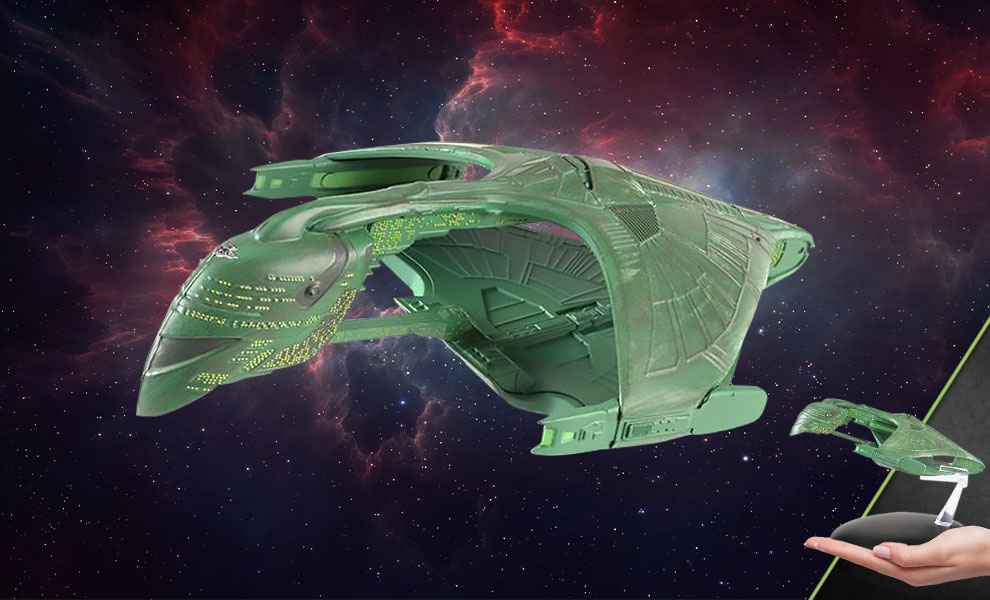 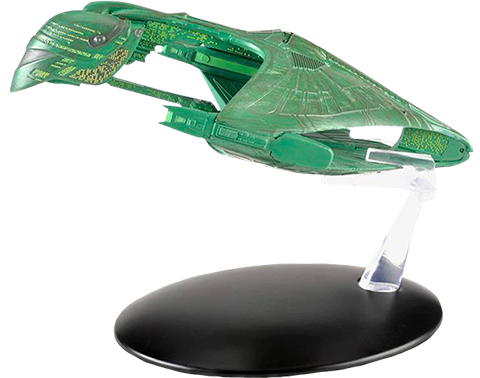 The next Star Trek: The Official Starships Collection XL ship is the Romulan Warbird, a D'Deridex-class starship class that made up the bulk of the Romulan Fleet in the 24th century.

The Romulan Warbird was a primary battle cruiser of the Romulan Star Empire during the latter half of the 24th century. It first appeared in the episode of The Next Generation "The Neutral Zone" signaling the end of Romulan isolation. The Romulan Warbird was one of the most critical things Andrew Probert designed during TNG’ s first season, where he gave STAR TREK an entirely new look.

This fantastic model of the Romulan Warbird has been painstakingly recreated in die-cast with extraordinary attention to detail capturing the cruiser's horizontally split "shell" hull design with a long "neck" and "tail". The split wings are connected by the warp nacelles at either side, in a beautiful emerald green color.

It comes with a display stand to display at home or office.

The Romulan Warbird Starship comes with a special collectors magazine that provides an in-depth profile of the ship, with detailed annotations, and a breakdown of the technology on board, its crew and weapons. Exclusive behind the scenes articles reveal how the ship was designed, complete with original design sketches.

'It's only logical' that you purchase it!