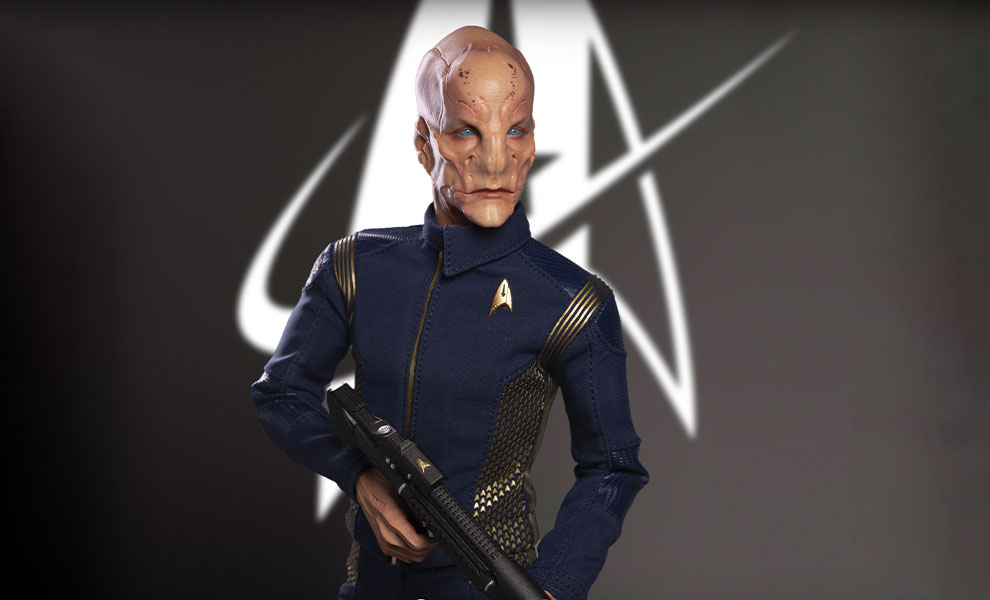 "I saw hope in the stars. It was stronger than fear. And I went towards it."

EXO-6 presents everyone’s favorite Kelpien from Star Trek: Discovery, Commander Saru. Rescued from a pre-warp civilization by Captain Phillipa Georgiou, he’s the only Kelpien in Starfleet and becomes Discovery’s First Officer after Michael Burnham is sent away for mutiny.

Behind the extensive make-up and stilt shoes of Saru is the versatile performer, Doug Jones – known for his many roles as aliens and misunderstood monsters.

This 1:6 scale figure presents Saru from Season 2 in exquisite 1:6 detail. Scaled to fit in with Michael Burnham, he stands approximately 13.75 inches tall. He has the uniquely shaped footwear required for his alien anatomy and wears the Starfleet Command duty uniform, each element of the outfit is meticulously researched and reproduced in scale. The original portrait sculpt of Doug Jones as Saru is adapted from a scan taken by the show’s production team and features an authentic, hand-painted likeness.

This museum quality collectible figure is the next in our line of Star Trek: Discovery figures and a great edition to your EXO-6 Star Trek™ 1:6 scale figure collection. Look for more characters from Discovery, coming soon!