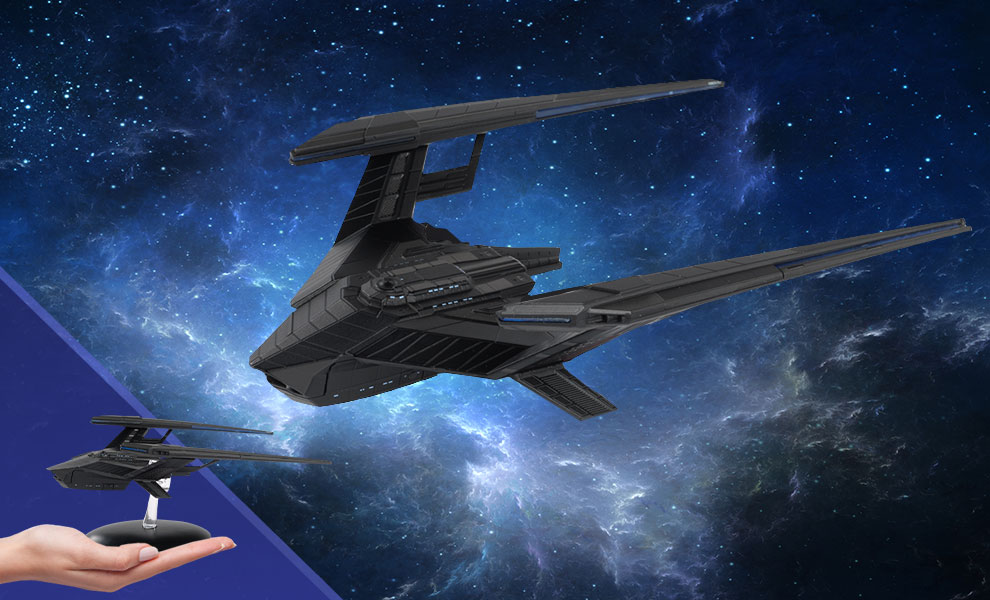 The Stealth Ship is a NCIA-93 type Federation starship. The ship had the ability to alter its appearance using a camouflage system; disguising itself as another object and run under the radar in what is called ‘dark mode.’

The Stealth Ship is die-cast and hand-painted with intricate detail using references from CBS Studio's own archives of designs and CG models. It comes with its own display stand and an exclusive collector's magazine featuring the full profile of the starship, as well as the ship's appearance in the series, and its history.