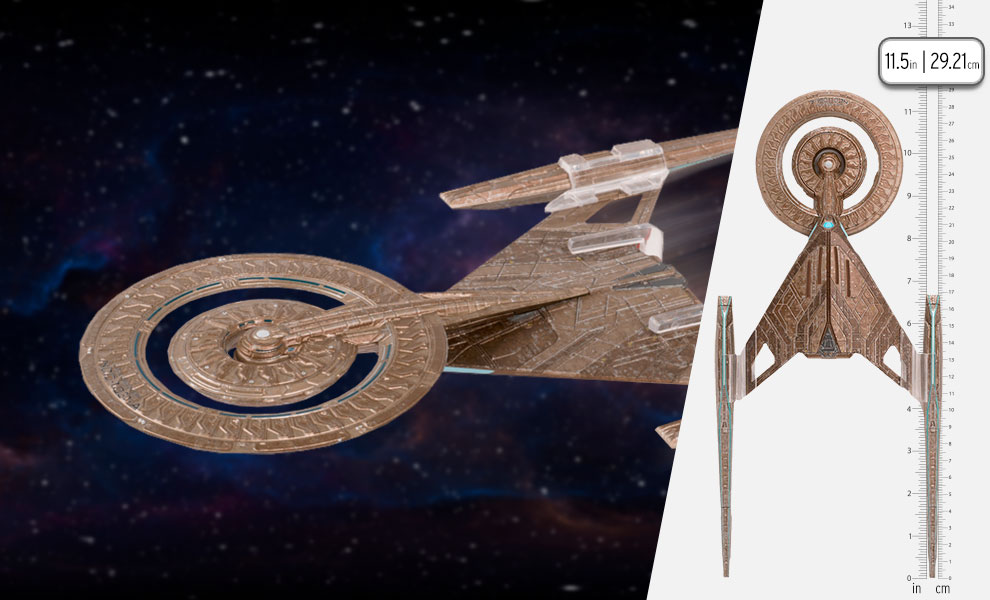 Making a crash-landing to our Star Trek: The Official Starships Collection is the re-fit model now known as the U.S.S. Discovery NCC-1031-A - get it as an XL model now!

After its unexpected and violent arrival in the 32nd century, the U.S.S. Discovery NCC-1031 received an extensive upgrade at the Federation's headquarters.

Refitted with futuristic technology over long weeks of engineering, the ship was recommissioned as the U.S.S. Discovery NCC-1031-A! The Discovery's refit has armed it with a cloaking device and incorporated programmable matter into each of its stations. Perhaps, most noticeably, the Federation’s engineers converted the Discovery’s warp engines to match the detached configuration common to the 32nd century, greatly increasing its maneuverability.

This hand-painted XL U.S.S. Discovery Refit Starship Model captures the craft in precise detail, just as it appeared in the third season of Star Trek: Discovery!