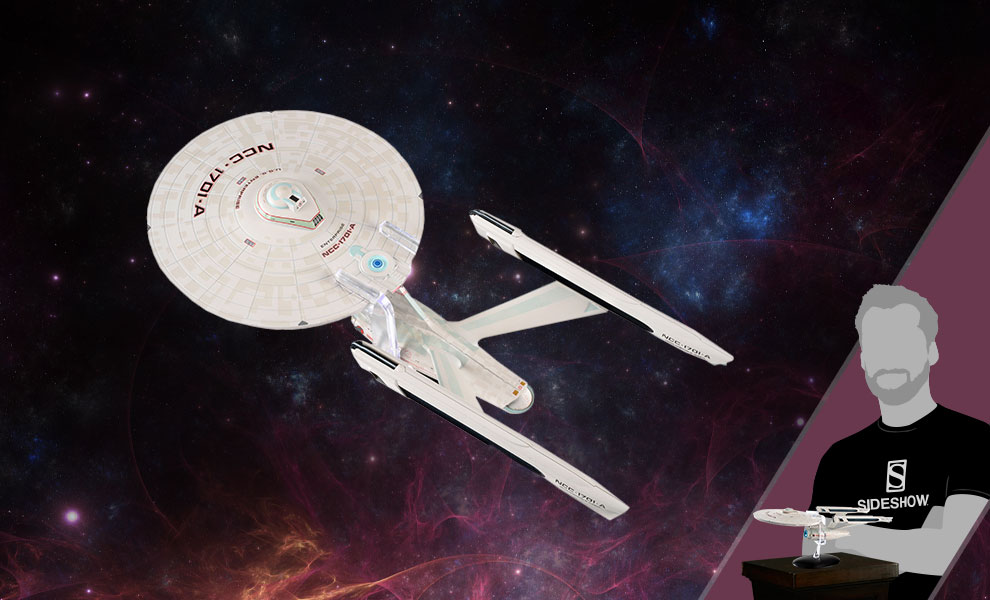 Explore the final frontier aboard the U.S.S Enterprise NCC-1701-A, with this sleek, die-cast XL edition. The ship came under the command of Captain Kirk in Star Trek IV: The Voyage Home after he saved Earth from being destroyed by a space probe, and subsequently appeared in Star Trek V and Star Trek VI. This U.S.S. Enterprise-A XL Edition has been carefully recreated in die-cast, high-quality ABS materials, and is approximately 10.5 inches long, great Star Trek prop replica addition. Featuring an exclusive collector's magazine that provides an in-depth profile of the ship, with detailed annotations, and a breakdown of the technology onboard, its crew and weapons.