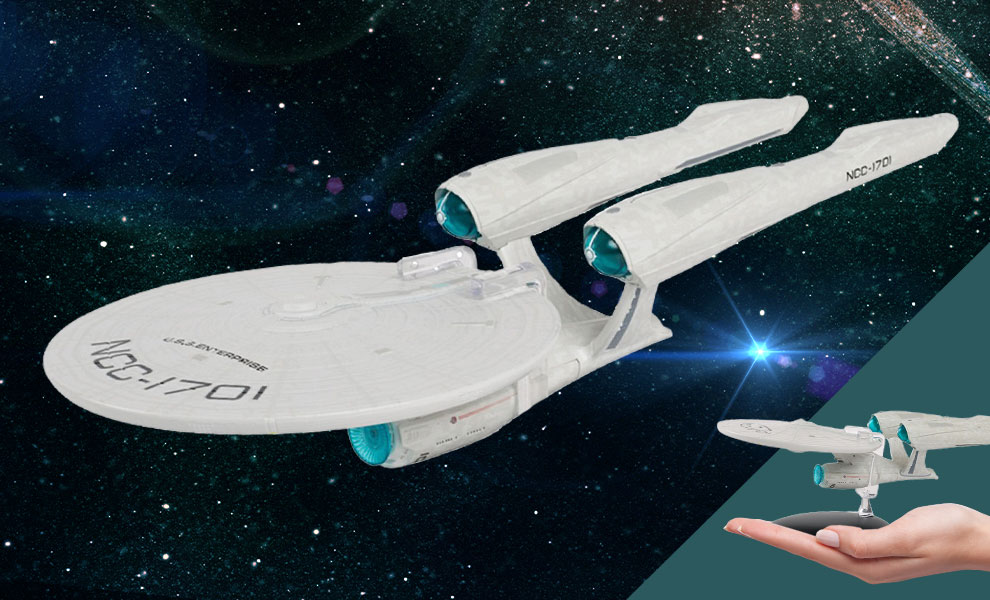 This giant-size starship model captures the U.S.S. Enterprise, as seen in Star Trek’s 2009 return to the big screen! J.J. Abrams’ blockbuster hit updated everything in the Star Trek franchise – including Matt Jefferies’ classic design for the Starship Enterprise!

This new interpretation of the U.S.S. Enterprise had a sleeker look than the ‘60s original, with plenty of moving components and a “hot rod” look. It was significantly larger to boot, with a more muscular appearance and far more advanced military systems. In the words of visual supervisor David Dozoretz, it was "a 2009 version of the '60s".

This fantastic Special Star Trek die-cast U.S.S. Enterprise XL Edition model recreates the starship as seen in the Star Trek (2009). The model is hand-painted with intricate detail using references from CBS Studios' own archives of designs and CG models, made from die-cast metal, and comes with its own display stand.

U.S.S. Enterprise (Star Trek 2009) XL Edition model comes with a 16-page full-color magazine. The magazine includes a profile of the starship, original production art, and details of its design evolution.