Skip to main content
Looking for a special offer? 👍 Look no further! SHOP ALL DISCOUNTS
https://www.sideshow.com/collectibles/10543 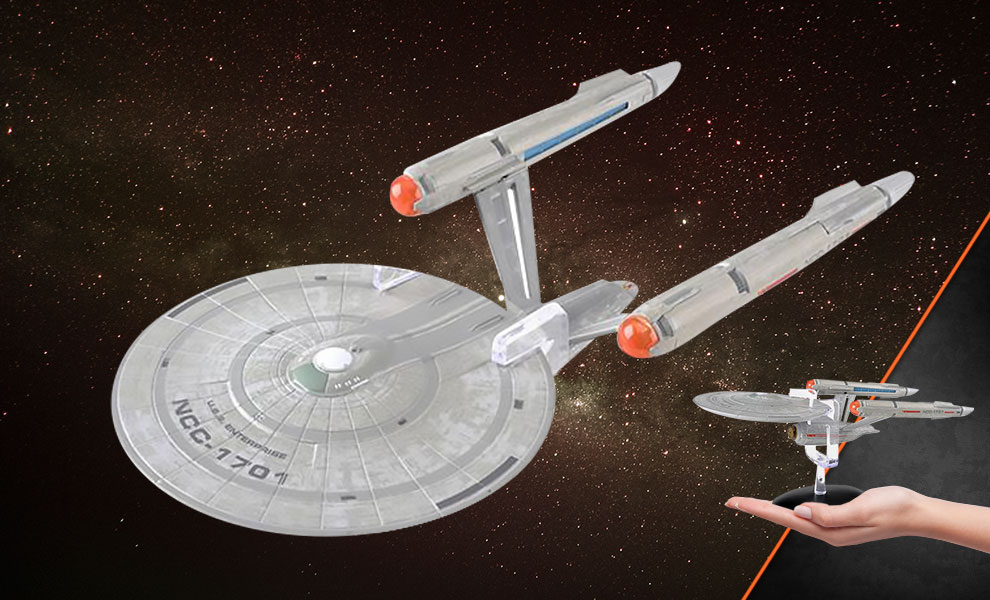 The starship U.S.S. Enterprise NCC-1701 is back! The new Enterprise on Star Trek: Discovery is, in theory, the old U.S.S. Enterprise from the old Seventies technical manuals. Though its new design doesn’t alter the old ship as much as perhaps the J.J. Abrams films did, it still has some modern flourishes. The designs sit somewhere between the classic feature film version of the Enterprise, the Sixties ship, and the blue-color aesthetic of Discovery has established.

This XL Edition of the U.S.S Enterprise NCC-1701 has been carefully recreated in die-cast, high-quality ABS materials measuring approximately 10 inches long and it comes with a special collector’s stand so that you can display it the way you want. Inside the accompanying exclusive collector's magazine, find out about the making of Star Trek: Discovery and filming the U.S.S. Enterprise NCC-1701.