Skip to main content
Let the Celebration continue! 🤩 Save Up to 20% on our best Star Wars items!
https://www.sideshow.com/collectibles/16102 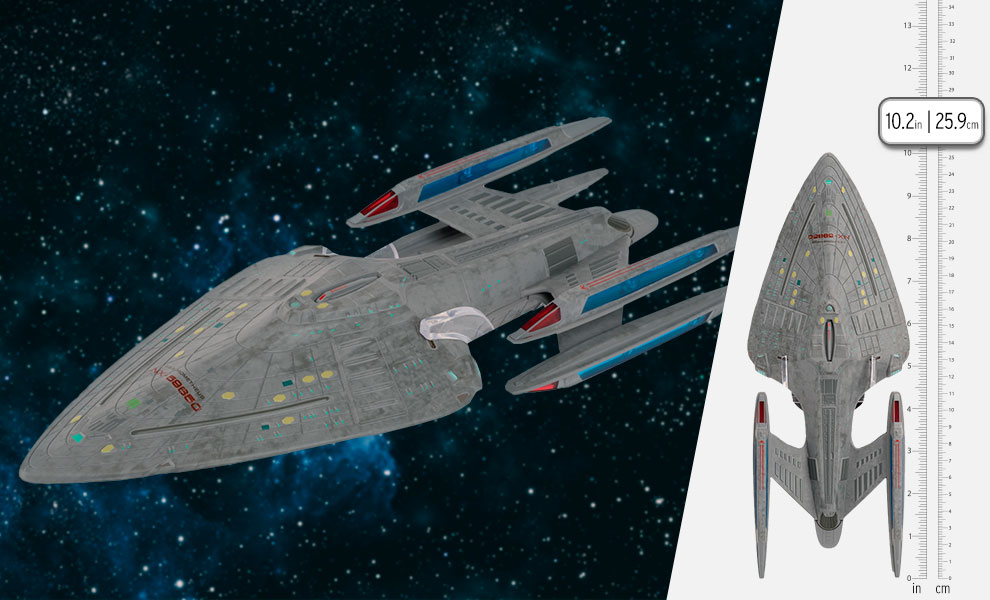 Get ready for your next deep space tactical assignment as the U.S.S. Prometheus XL Edition Starship joins our extensive Star Trek: The Official Starships Collection!

An experimental prototype, the U.S.S. Prometheus was a combat vessel far ahead of its time. The fastest ship in Starfleet at the time of its launch, it boasted regenerative shields, ablative armor, and even the ability to split itself into three independent, wholly functional sections! This was dubbed the 'multi-vector assault mode'.