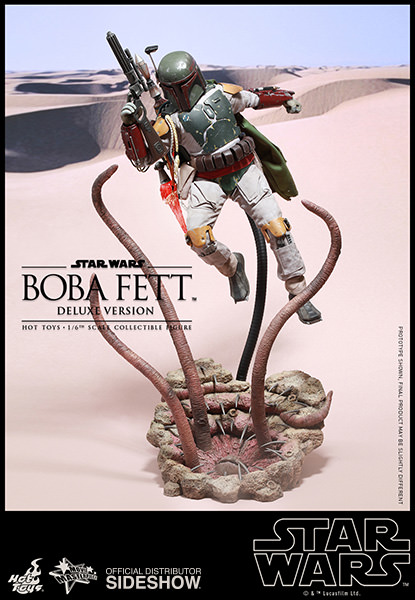 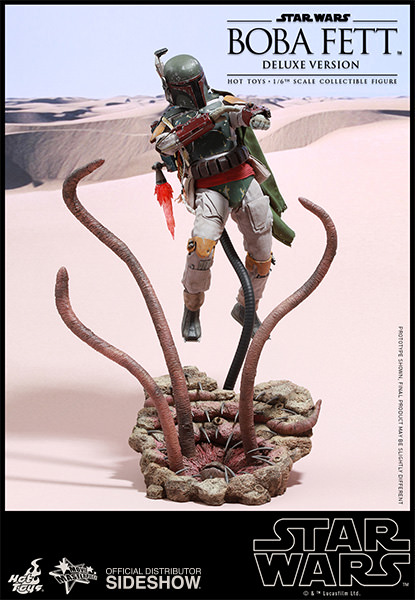 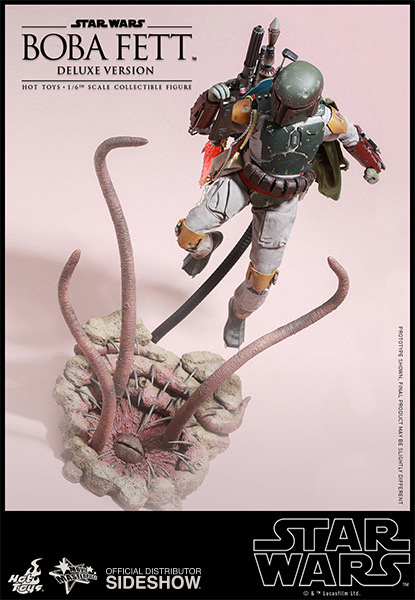 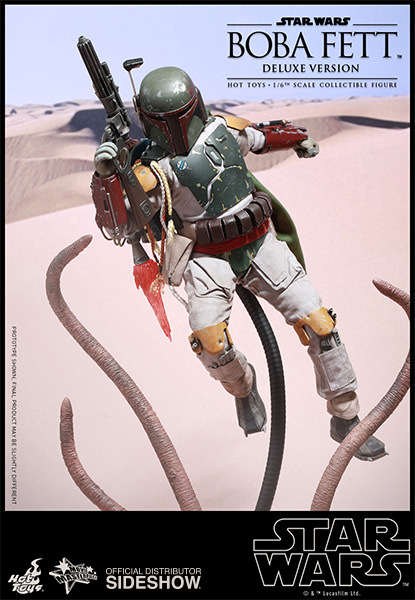 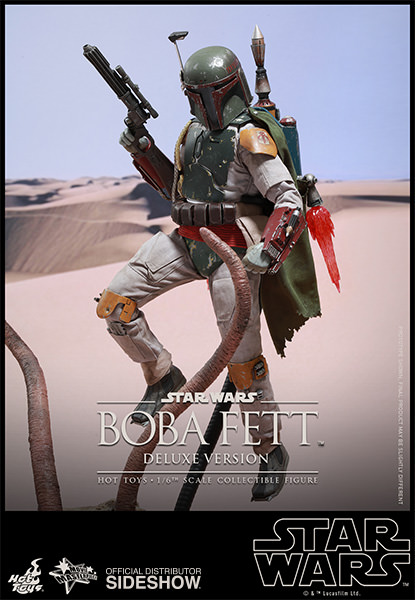 In Star Wars: Episode VI Return of the Jedi, Jabba the Hutt has sentenced Luke Skywalker, Han Solo, and Chewbacca to death by casting them into the Great Pit of Carkoon on Tatooine, but Luke Skywalker has saved themselves from the terrible fate by fending off the fearsome bounty hunter Boba Fett and Jabba’s minions! In a memorable moment in the film, Han Solo accidentally hits Boba Fett and knocked the Mandalorian down into the Sarlacc’s pit.

The highly-accurate collectible figure is specially crafted based on the image of Boba Fett in Star Wars: Episode VI Return of the Jedi. It features a finely sculpted Boba Fett helmet and armor, his signature jetpack, detailed weaponry, accessories, and figure stand. This deluxe version will exclusively include a specially crafted Sarlacc diorama figure base and two life-like jetpack thrust fire accessories!

This iconic bounty hunter deserves a spot in your Star Wars collection! 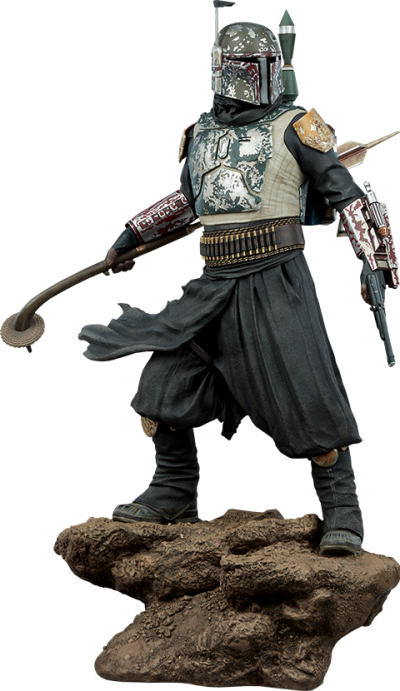 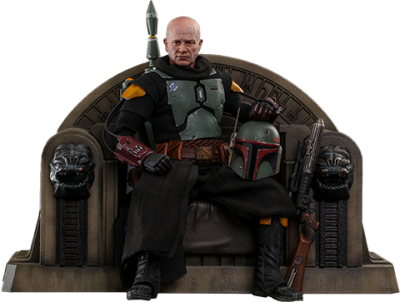 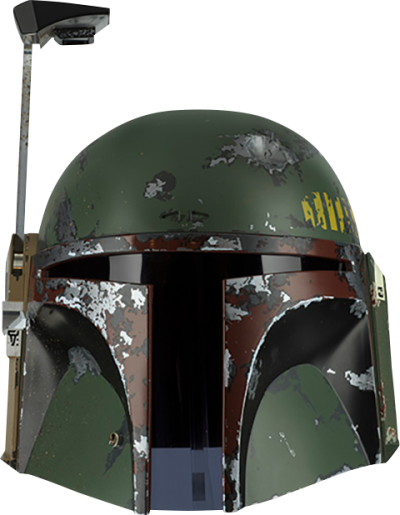 The Hot Toys Boba Fett with Sarlacc is really the biggest hit of Boba Fett Sculptures I've ever seen and bought! The similarity to the movie figure is extraordinary. The idea with the Sarlacc stand is brilliant because it's a key scene according to his survival. There's no beyond to this Boba Fett!

Just received my figure today and I am so happy I went with the deluxe, the base is incredible and well worth the extra $20!! Don't miss out, you will regret it forever . . . .

This is the best Hot Toys figure I have ever seen or owned. The stand is SOLID and you will not worry like most do with Hot Toys guys and gals falling over and perishing.

Hot Toys should learn a lesson with the success of the stand Boba comes with.

The detail on this figure is unbelievable. I've bought several Sideshow and Hot Toys figures and this one is definitely my favorite. If you're a Boba Fett fan, you need to add this one to your collection.