Up to 50% OFF favorites from the 🎦 Big Screen!
https://www.sideshow.com/collectibles/star-wars-cara-dune-sideshow-collectibles-300789
1 / 31 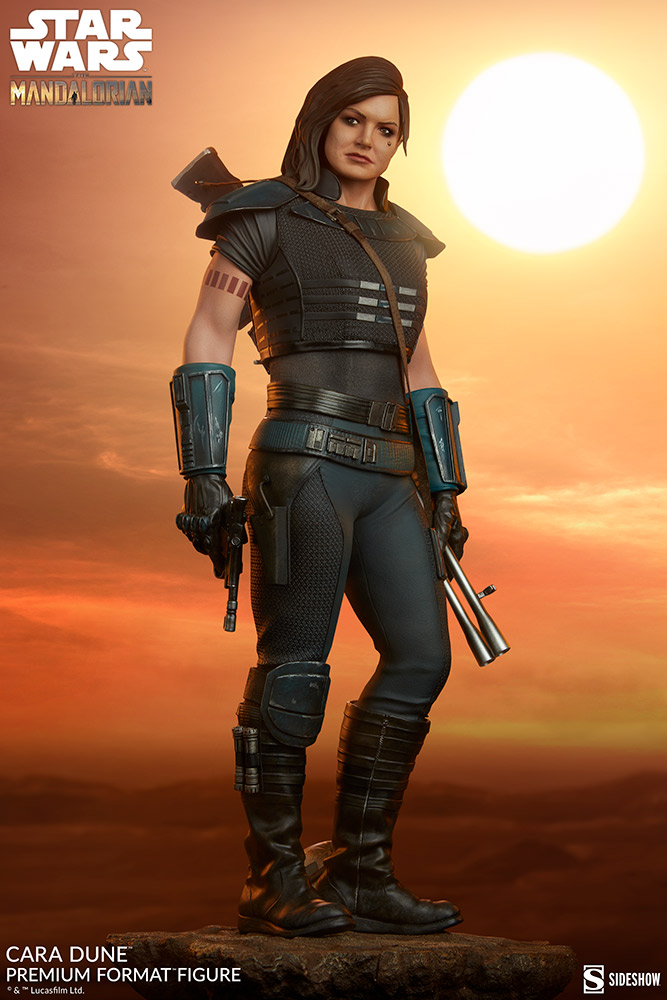 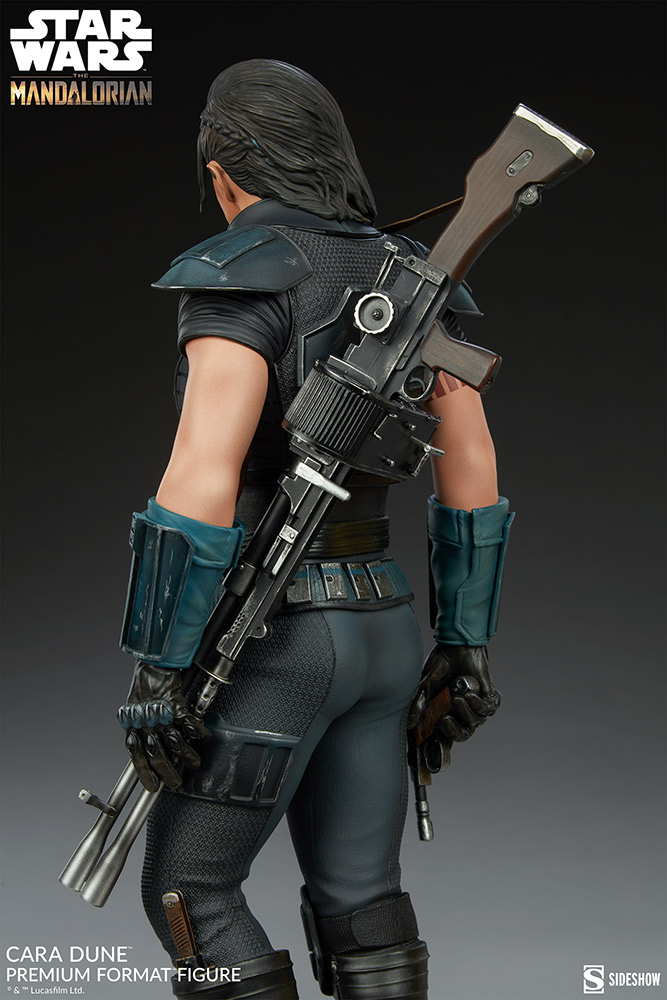 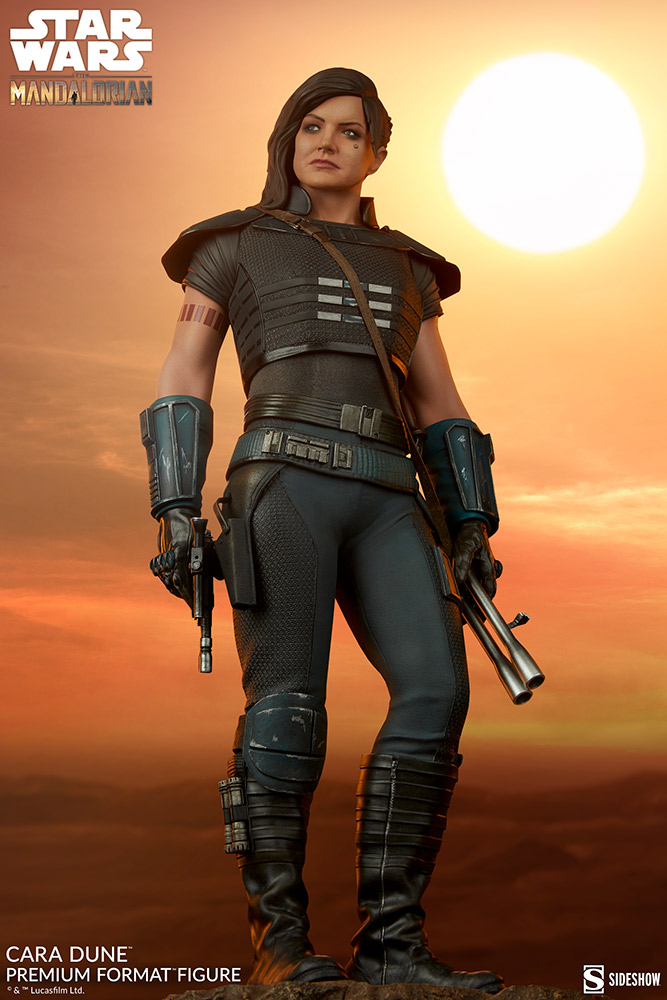 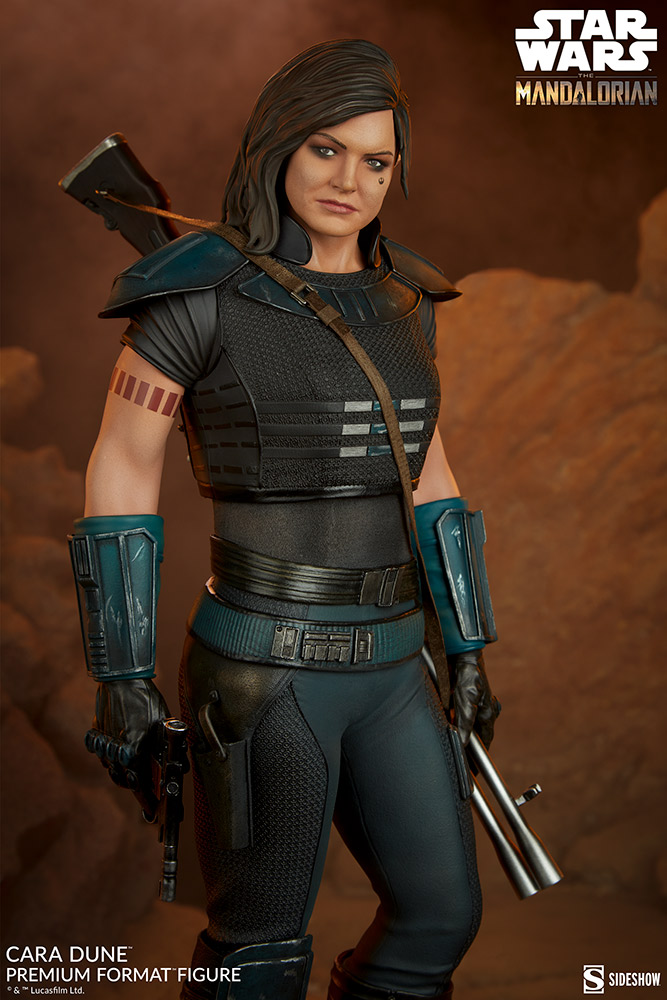 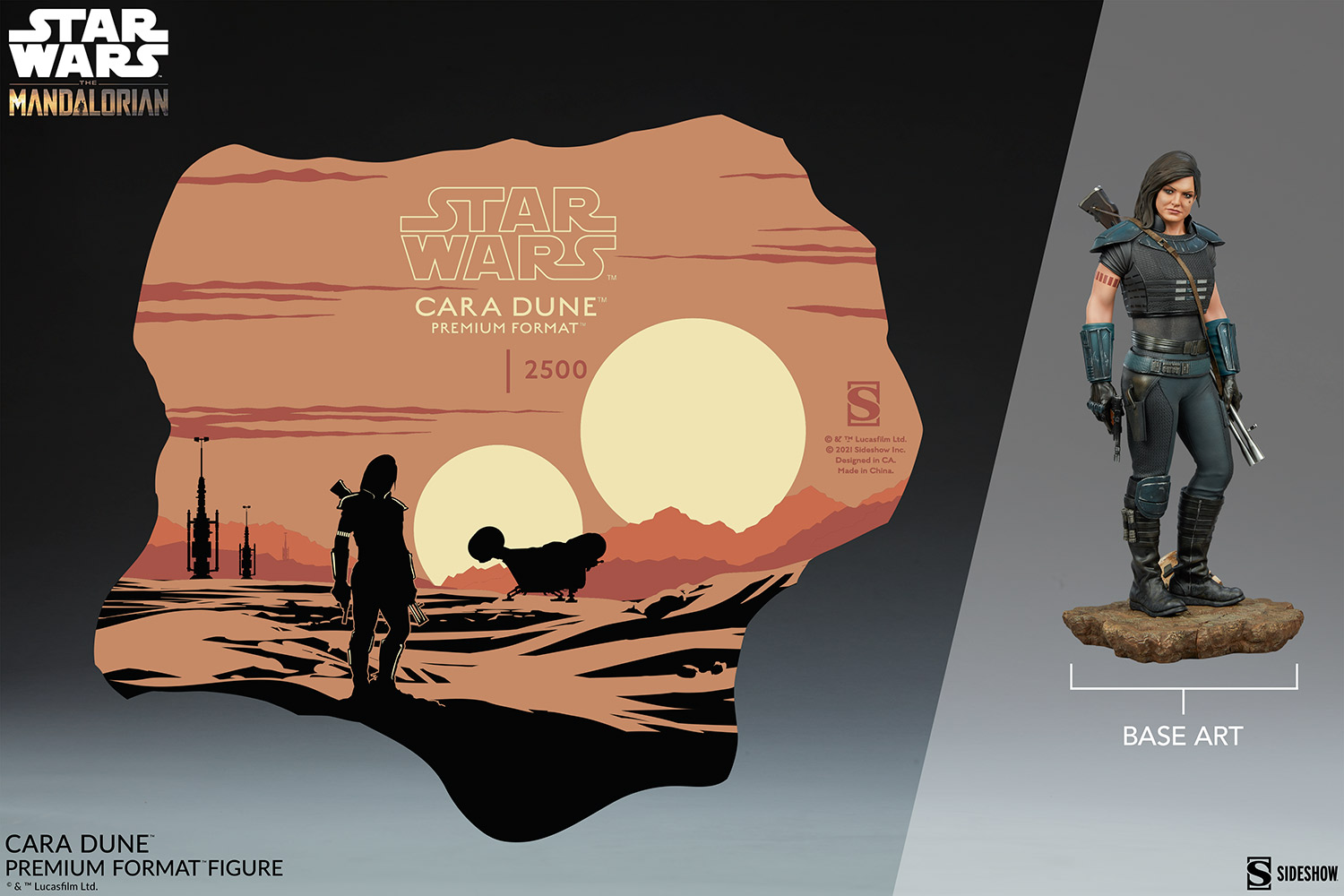 Get It Now
Calculating payments...
Members get $29.50 back. Earn 5% in Sideshow Rewards.
About

“Until our paths cross.”

Sideshow presents the Cara Dune™ Premium Format™ Figure, a limited-edition quarter scale figure based on the acclaimed live-action Star Wars™ series The Mandalorian™ streaming on Disney+. A strong and fearless veteran of the Galactic Civil War, Cara Dune has captured the imagination of Star Wars fans both new and old. This seasoned warrior proves to be a powerful ally for Din Djarin™ the Mandalorian. She puts her military past behind her and refashions herself as a mercenary, aiding the bounty hunter as he seeks to protect the alien asset known only as the Child.

The polystone Cara Dune Premium Format Figure stands 19” tall on a galactic desert base where the damaged helmet of a remnant stormtrooper can be seen embedded in the sands behind her. She wears a sculpted costume composed of textured fabric-like designs as well as weathered blue armor on her shoulders and arms. Cara Dune is further detailed with faithful elements from her on-screen appearance, including the tattoo on her right arm and the small blue streak of hair in her side braid. As a former Rebel shock trooper, her allegiance is displayed with a subtle Rebellion symbol tattooed beneath her left eye, completing her incredibly lifelike portrait. Equipped with her mercenary tools of the trade, this formidable fighter joins Sideshow’s Star Wars statue collection alongside The Mandalorian Premium Format Figure and the Moff Gideon™ Premium Format Figure, each sold separately. 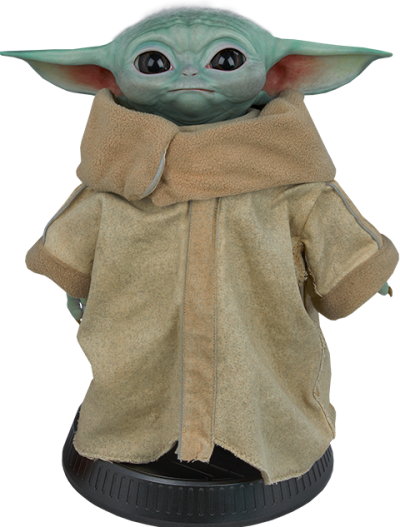 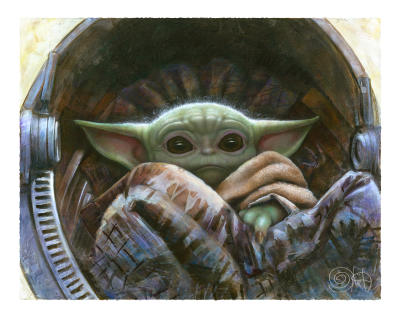 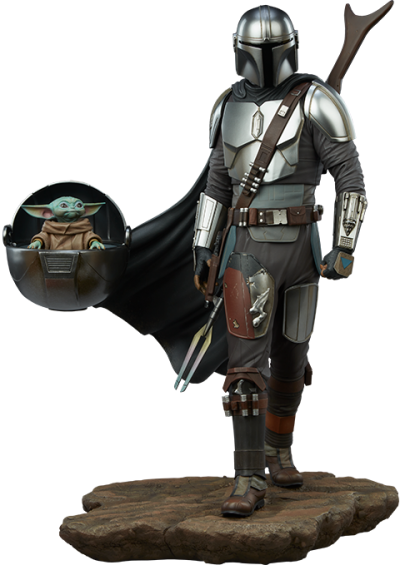 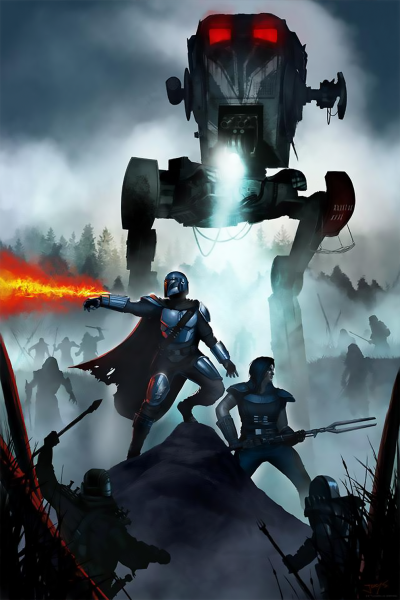 Just received this, and am immensely impressed. Beautiful and highly accurate face that perfectly reproduces Gina Carano’s features. Equally impressive is the torso, which perfectly recreates her athletic thighs, instead of simply presenting a generic female sculpt. The textures, colors, and details of the figure are also beautifully done. I have several Sideshow Premium Format figures, and this one ranks at the very top with the Vampirella ones. Highly recommended— anyone considering this should definitely purchase it.

Good enough that if space and funds were no object I'd consider a second. She's perfect - a piece with some movement and expression but not too much, beautifully sculpted body and costume, great clean paint with lots of washes; there's a slight wrinkling and texturing where you would expect on the costume and the boots. Plus she doesn't have a huge footprint and looks fantastic with a Mando 1/4 scale. I dithered a long time over getting her, and no regrets at all! Completely a quality statue of IMO one of the freshest characters to join the SW world. Good job Sideshow!

Usually I stick with Iron Studios and WETA, but with this first Sideshow piece, Sideshow definitely made themselves a fan. There's not one thing I don't like about this piece, from the fact that it really captures the character, it's easy to display, and perfectly painted with clean lines, lots of texture - just love the sheen and wrinkles of the boots. She's fierce and gorgeous. Lots of nice detailing and washes. Beautiful body sculpting. Great use of color. For me screams the Mandalorian and Star Wars and is an instant collection favorite! Plus the base isn't overdone, adds just the right touch. Luv, luv, luv!

The figure looks amazing and great detail, im really happy to have this in my possession.

Bought this to add to my Cara Dune collection. This is by far the most detailed luxurious figure I have. Even though it traveled across the world it arrived in perfect condition. 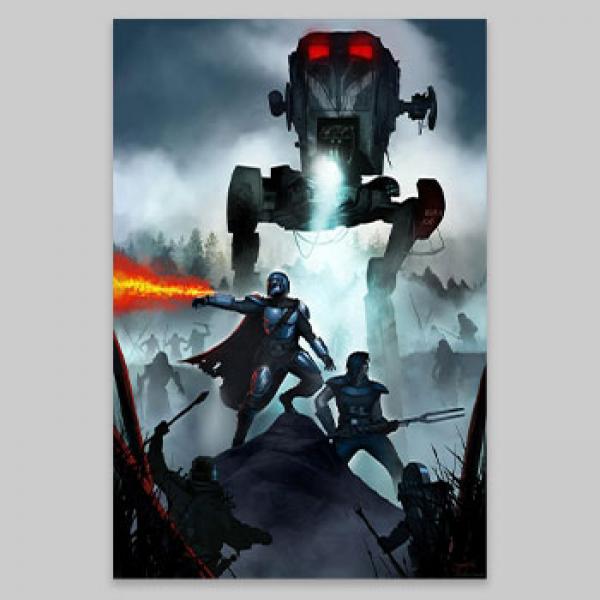 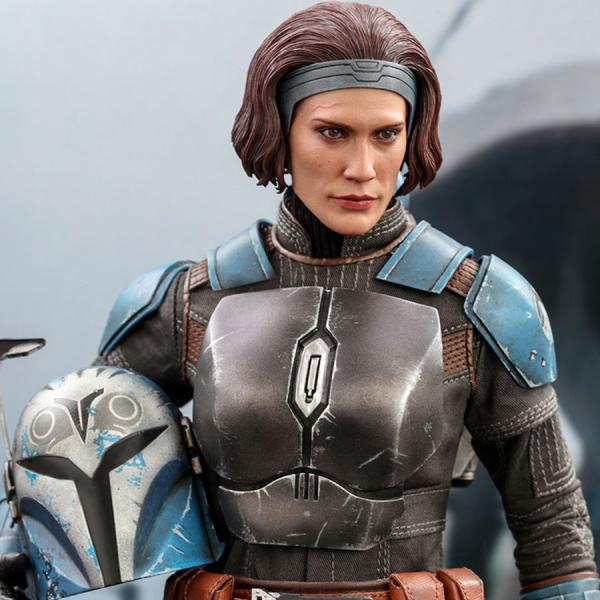 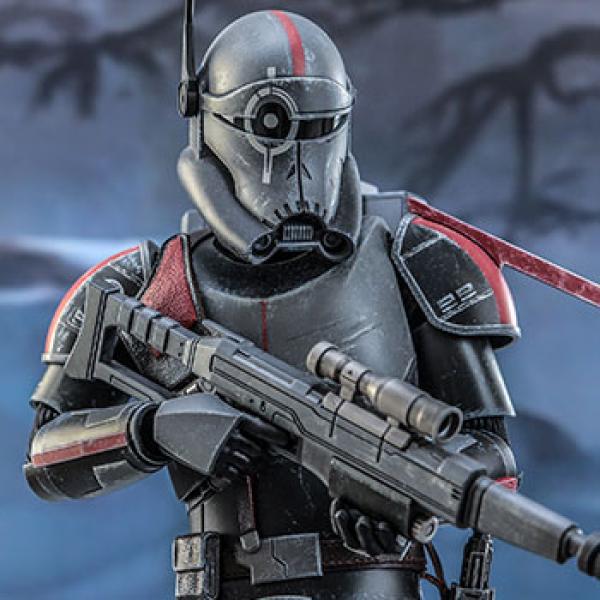 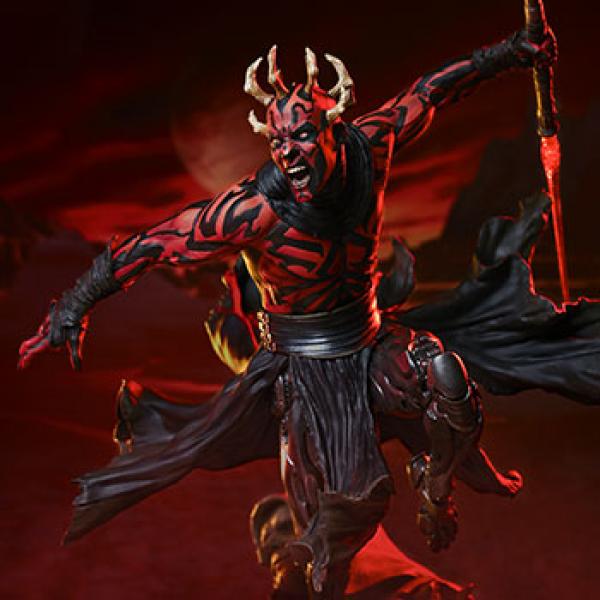