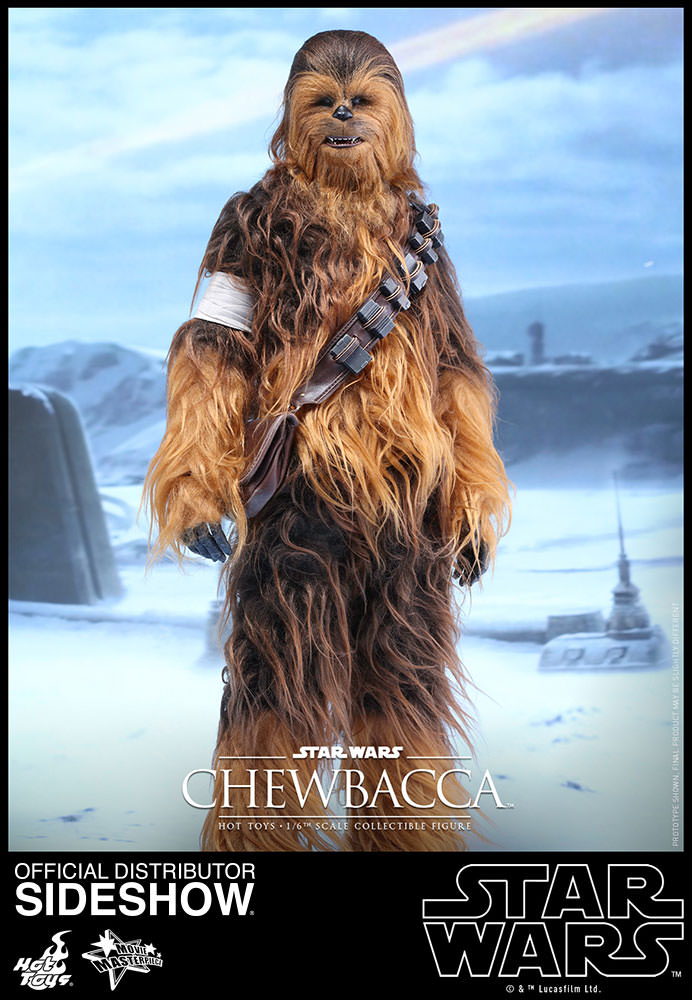 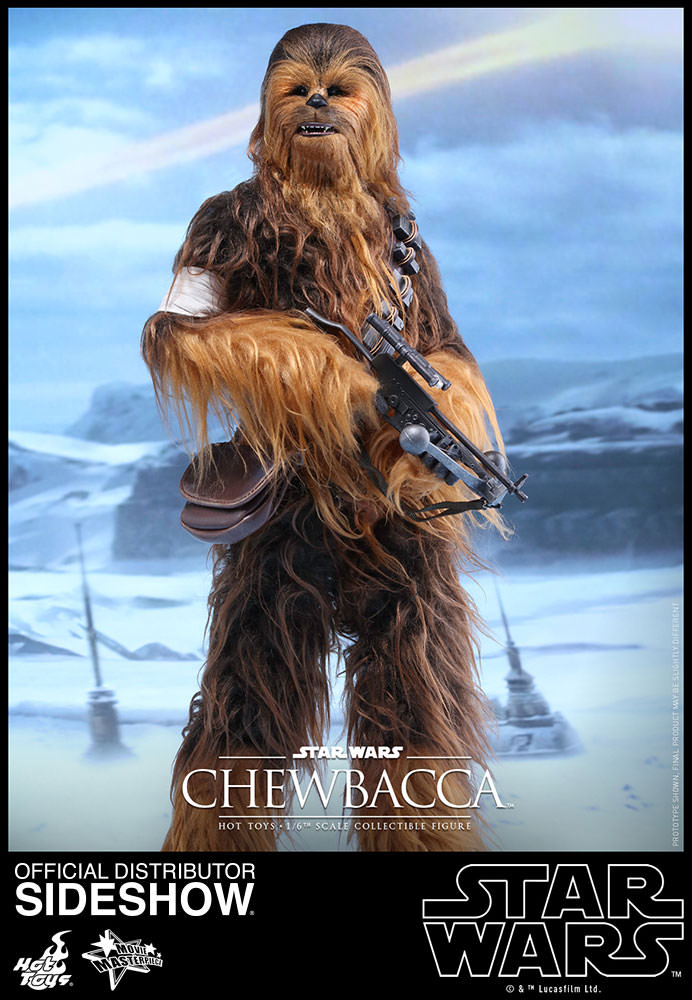 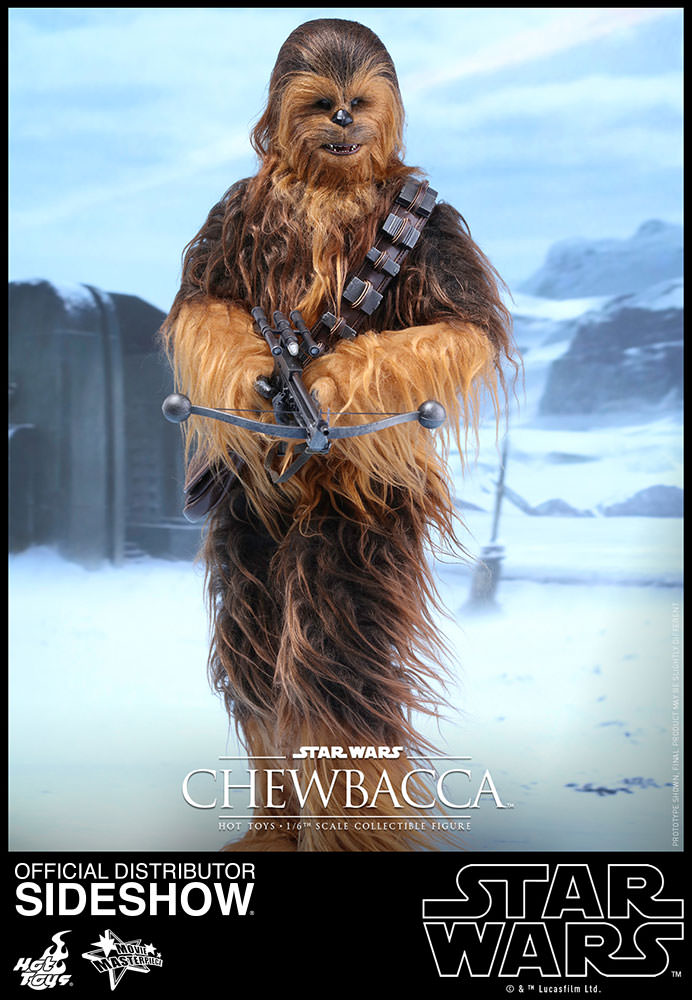 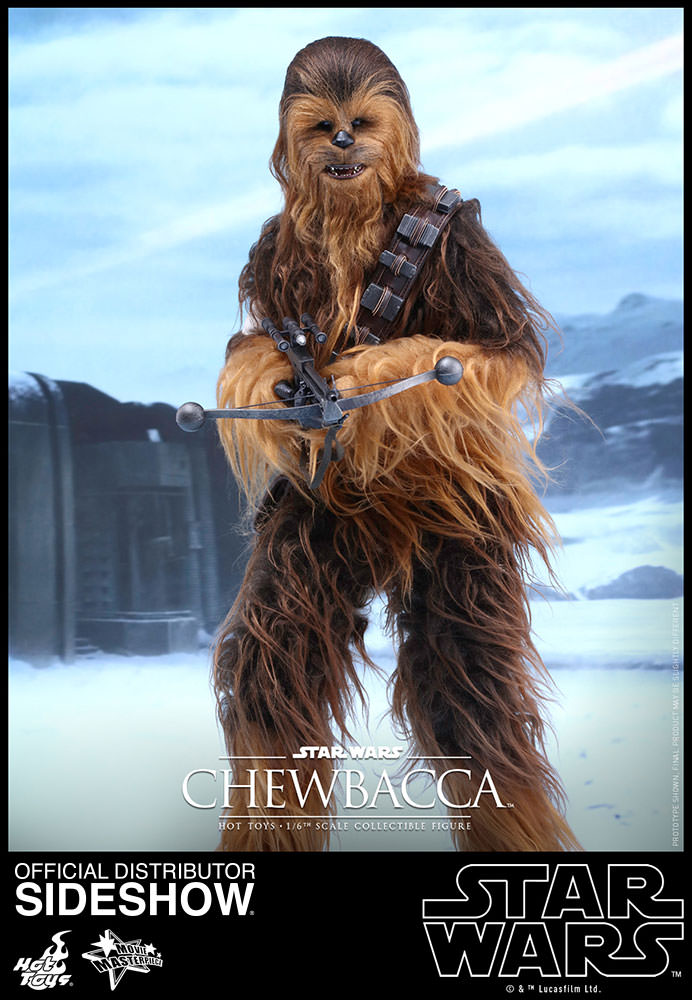 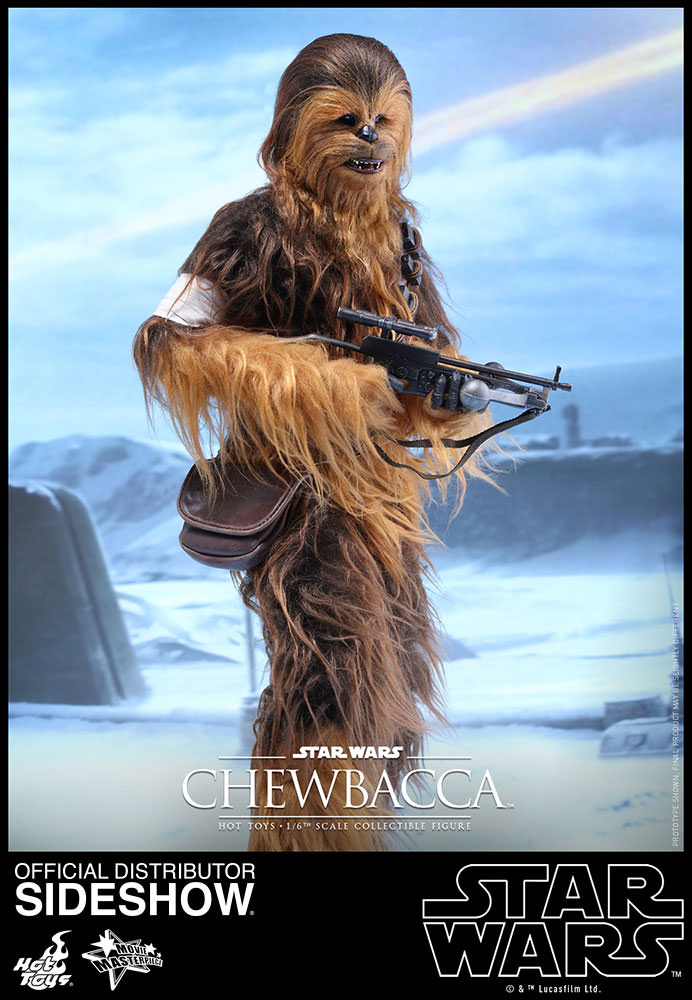 Making his return together with Han Solo, Chewbacca has played a big role in assisting Rey and Finn in Star Wars: The Force Awakens. Star Wars fans were excited to see them back in action in the epic blockbuster. Sideshow and Hot Toys are thrilled to officially introduce the brand new sixth scale collectible figure of the legendary Wookiee warrior – Chewbacca!

The highly-accurate collectible figure is specially crafted based on the image of Chewbacca in Star Wars: The Force Awakens. It features a new face sculpt with articulated jaw, newly developed multiple layers of fabric hair with various shades of brown throughout his whole body capturing Chewbacca’s unique appearance, an all-new bowcaster and bandolier bag, and a specially designed figure stand.

Star Wars fans shouldn’t miss the chance to have this new stunning Chewbacca collectible figure in your collection!