Skip to main content
Looking for a special offer? 👍 Look no further! SHOP ALL DISCOUNTS
https://www.sideshow.com/collectibles/8300 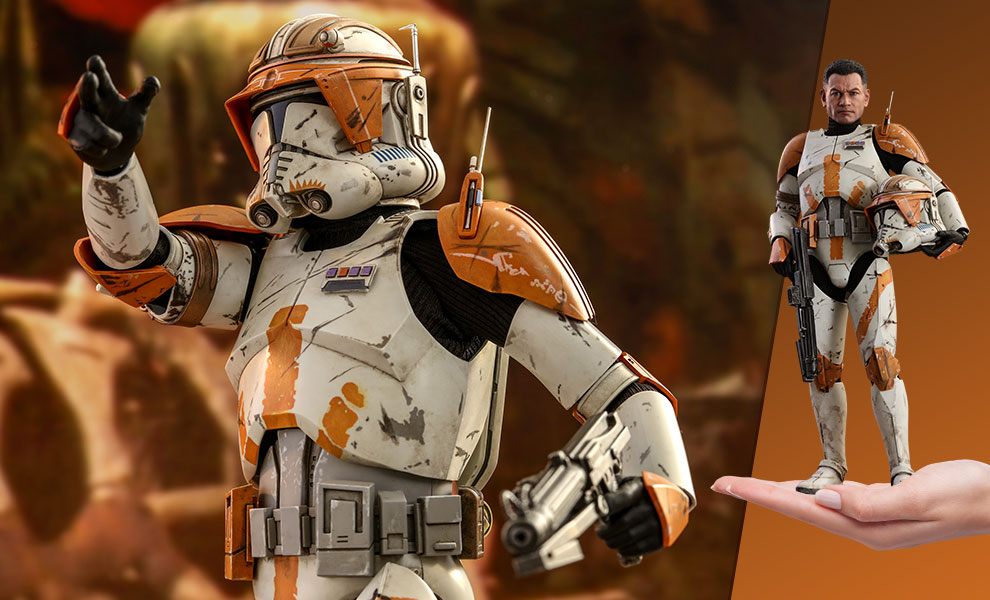 Clone Commander Cody, also known as unit 2224, was a loyal clone trooper serving the Galactic Republic during the Clone Wars. Cody was often under the command of General Obi-Wan Kenobi, leading Ghost Squadron, and served with him and Anakin Skywalker at Geonosis, Christophsis and during a nearly disastrous campaign on Cato Neimoidia.

Cody developed a close and easygoing camaraderie with Kenobi, easily exchanging dry jokes with his Jedi General. This continued through to their mission to Utapau, to route out the entrenched Separatists forces commanded by General Grievous.

Cody was ultimately subservient to the orders of the Republic, and when Order 66 was enacted -- branding Kenobi an enemy of the state -- Cody willingly carried out the command to open fire on his former friend.

Skillfully created based on the appearance of Clone Commander Cody in the movie, the sixth scale collectible figure features a newly developed head sculpt with amazing likeness, a meticulously crafted Clone Trooper armor and helmet with weathering effects, different styles of blasters, interchangeable right arm with LED light-up hologram projector, a jetpack, a variety of miniature hologram figures, and a sand-themed figure base.

I’m astounded by the intricacy and detail of this piece. I’ve been considering picking up a Hot Toy figure for some time, and I’m so glad that Commander Cody ended up being the first one! The minute details of his armor, features, and extra pieces are just amazing! Well worth the money and well worth the wait!

5
Ethan . 5 star review
A must have
Verified Purchase

Great detail and sculpt and well built and designed

Absolutely Amazing! Highly detailed. I'm very happy to have it. Loved Cody ever since I saw him in theaters back in 2005.

As a huge Star Wars fan, I am amazed of the details that were carefully rendered onto to the figure! This was my first figure to buy from Hot Toys and I wouldn't mind denting my wallet here and there for this quality of work. Also, I'm glad they were able to ship internationally to Guam with ease without having to consult if I had to special order or whatsoever. I'm never going back to black series.