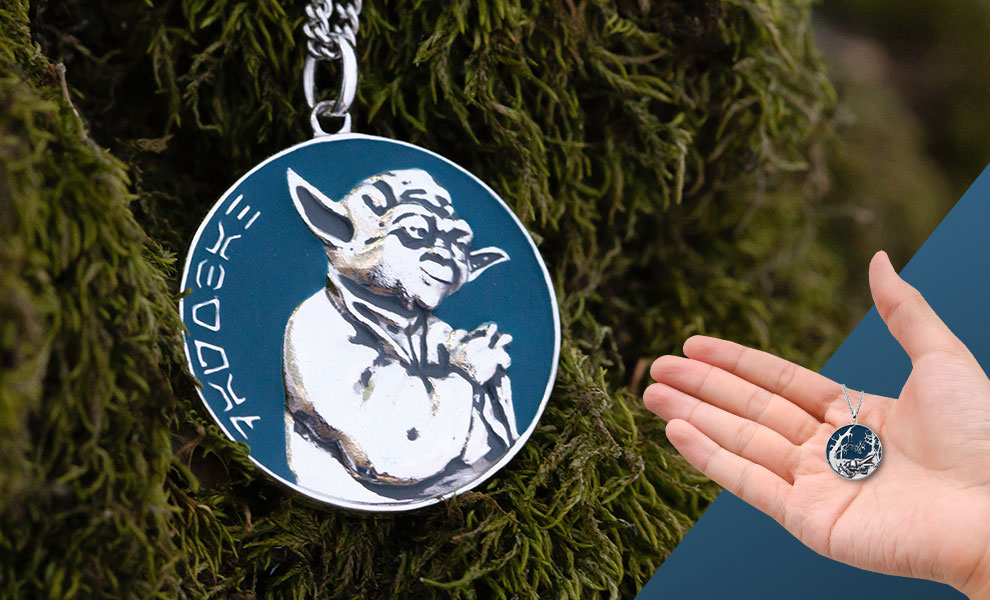 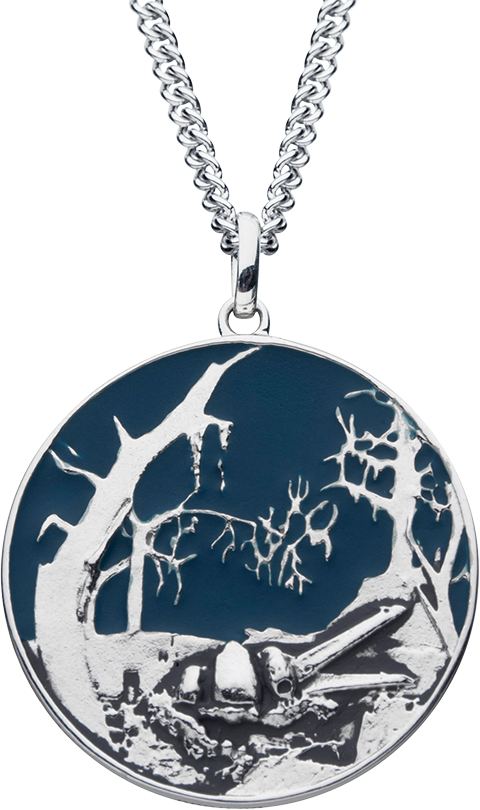 Sculpted in solid sterling silver, the reversible Dagobah Coin is part of the Planetary Medallion Series. The obverse features a portrait of Jedi Master Yoda, with Dagobah translated in Aurebesh. The reverse features the crashed X-Wing, sunken into the murky wetlands of this forgotten world. Grey-blue matte enamel represents the ecosystem of the swamp planet.

Limited Edition of only 1,000, the unique running number is engraved on the bottom rim. Antiqued to emphasize the carved detail, the substantial pendant hangs from a heavy adjustable 24-inch sterling silver curb chain.

You will become one with the Force with this Dagobah Medallion Necklace!