Skip to main content
At least 10% OFF on 700+ items! Only While Supplies Last.
https://www.sideshow.com/collectibles/14291 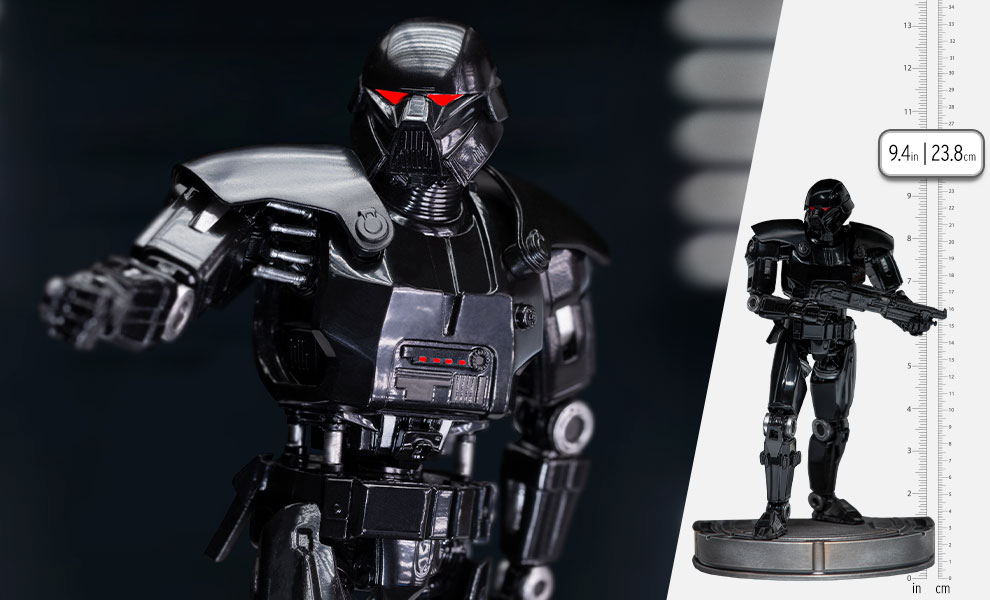 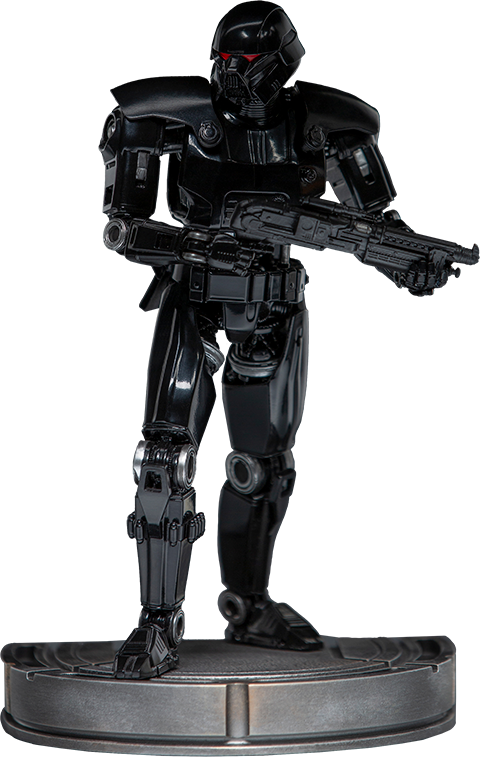 Sideshow and Iron Studios are proud to announce the latest from the Art Scale 1:10 line - Dark Trooper! This Star Wars Collectible Art Scale Statue is limited edition and comes with a detailed hand-painted base.

A figure covered in shining black armor is aboard Imperial Officer Moff Gideon's space cruiser, directing his red photoreceptor eyes towards his objective, wielding a large blaster rifle and ready to fire with precision at any target. Iron Studios thus presents its statue of the fearsome "Dark Trooper BDS Art Scale 1:10 - The Mandalorian - Iron Studios", one of the most efficient and powerful Imperial combat droids. Just as seen in the second season of The Mandalorian series, a spin-off from Star Wars on the Disney+ streaming channel.

The first original Dark Troopers were not combat droids, but cyborg clone troopers, with over 70% of their body parts replaced by mechanical components. The Dark Trooper project saw the human side within them as a weakness, so in its third generation, it created advanced battle droids endowed with a military infantry exoskeleton. Similar to the armor of the Stormtroopers, they carried powerful weaponry with rockets at their feet, with extreme strength and flexibility.

The Dark Troopers, responsible for the kidnapping on the planet Tython of the child named Grogu (Baby Yoda), took him aboard Gideon's ship, where an entire platoon of lethal robotic soldiers was kept in a cargo compartment. An almost insurmountable obstacle for the Mandalorian Din Djarin (Mando) and his allies in his mission to rescue Grogu. The Dark Troopers were only defeated because the powerful Jedi Master Luke Skywalker helped them.

Unveiled firsthand in the Sideshow Con virtual event, a must-have for Star Wars fans and collectors, the statue has two pairs of interchangeable hands, giving you the option of different ways to display. The collector can even choose to purchase more than one figure to create a troop of Dark Troopers to join the other pieces of Iron Studios' The Mandalorian line already announced, and with many more to come.