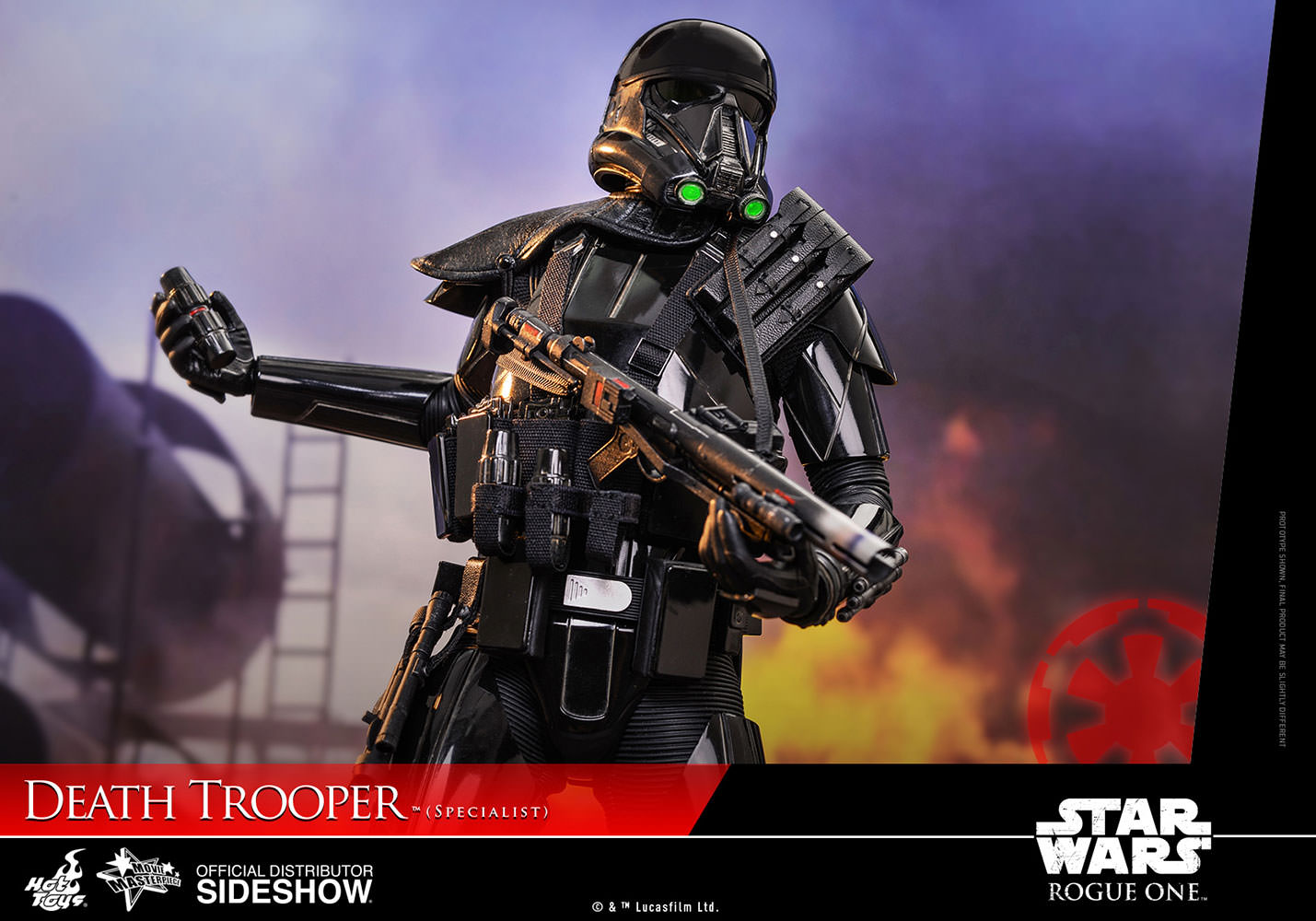 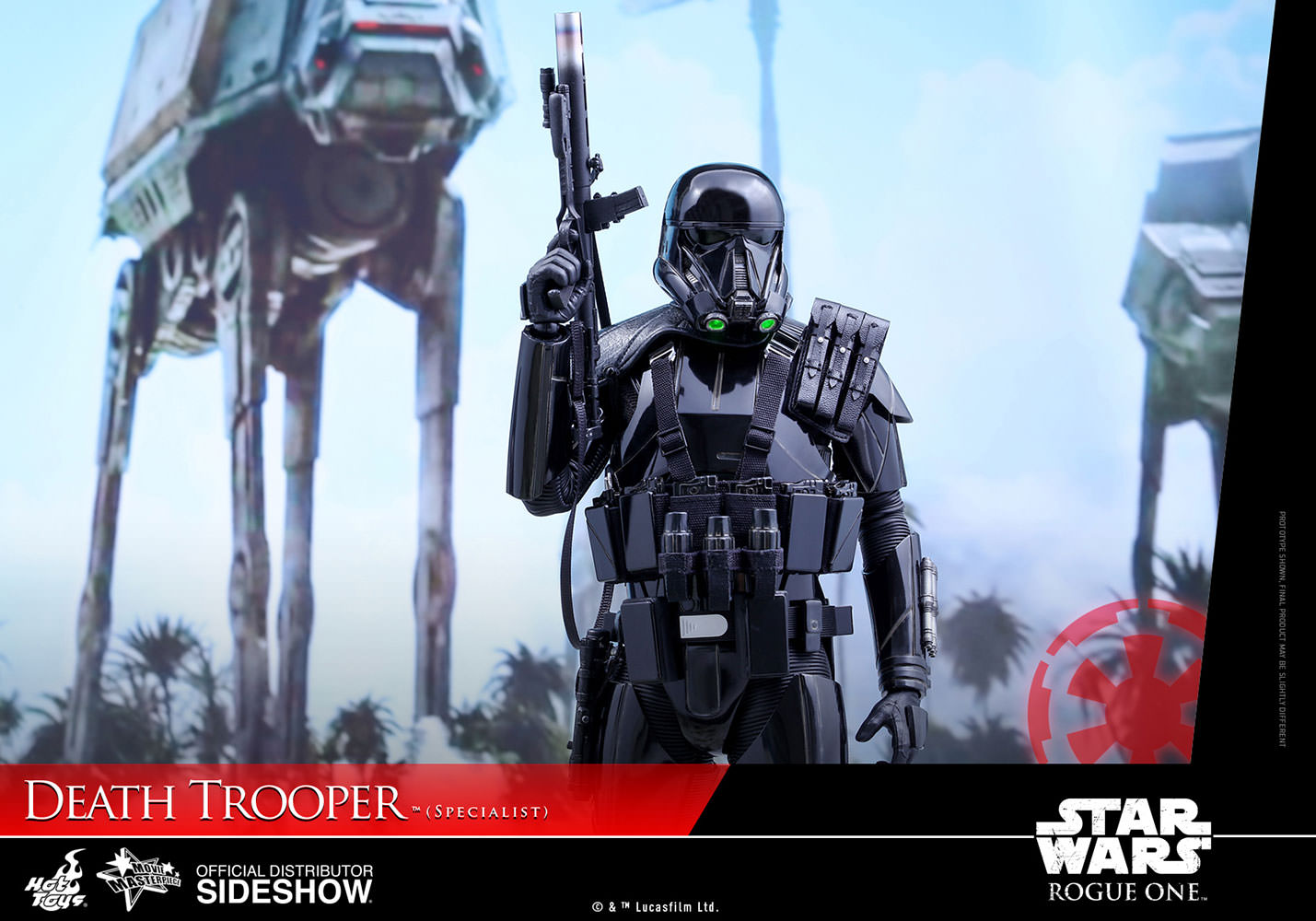 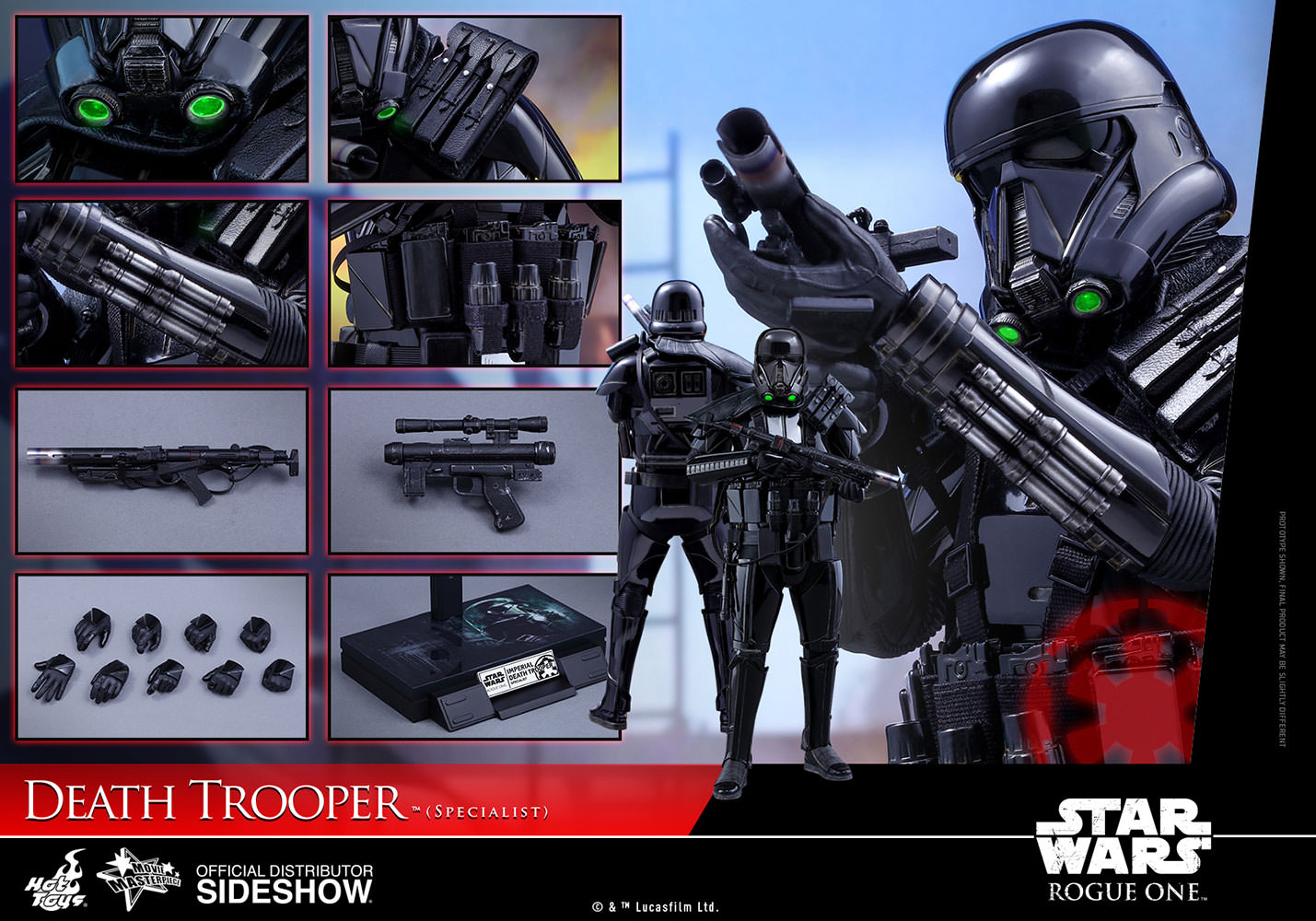 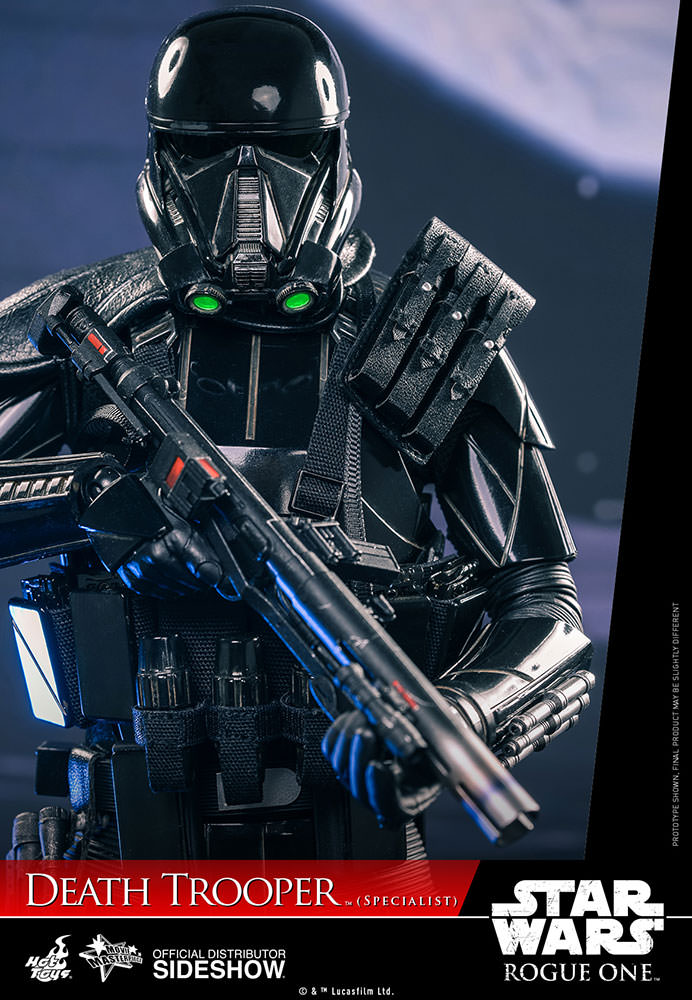 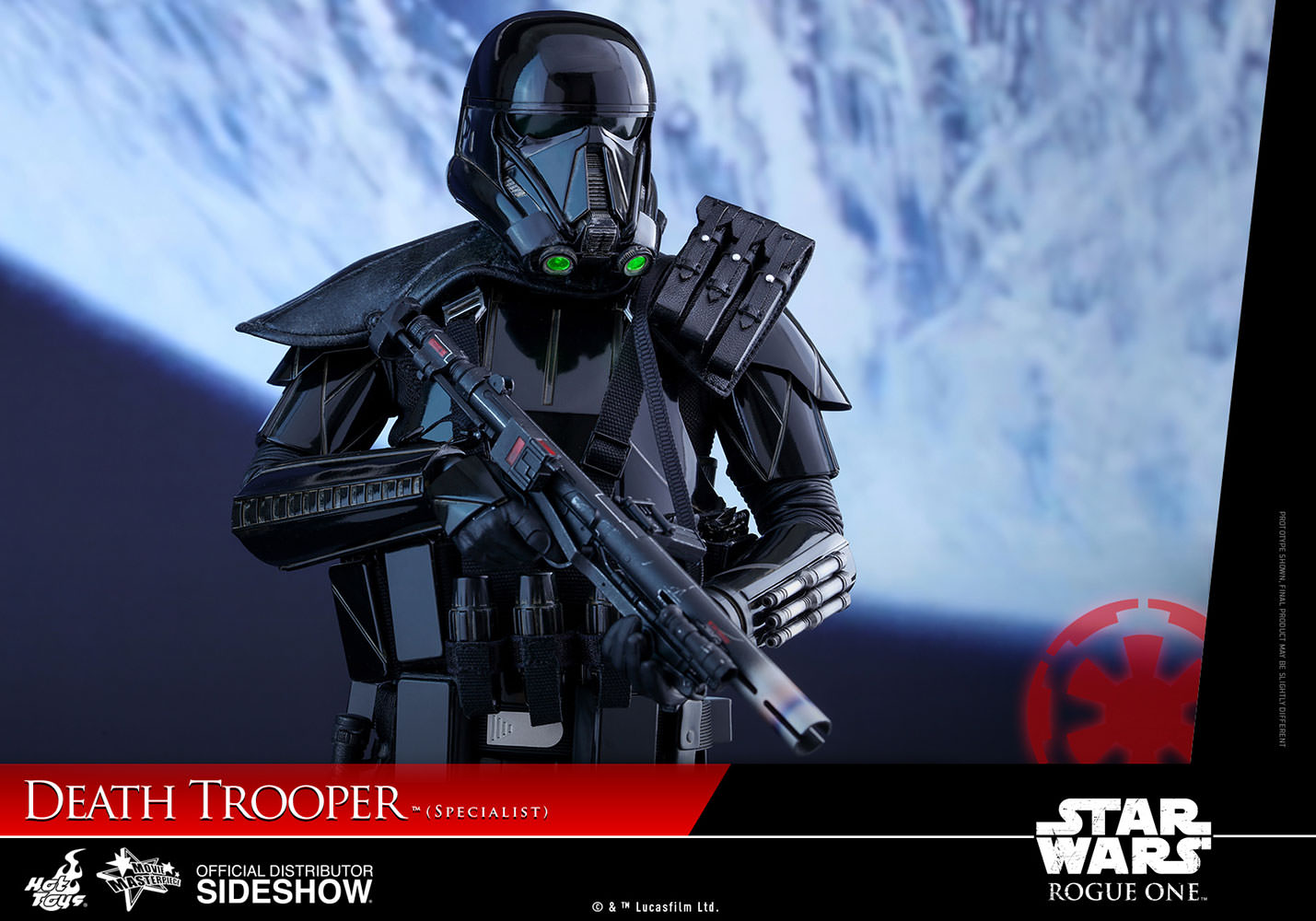 The highly anticipated Rogue One: A Star Wars Story, coming this December, will take fans on an all-new epic adventure where a group of unlikely heroes band together on a mission to steal the plans to the Death Star, the Empire’s ultimate weapon of destruction during a time of conflict.

Sideshow and Hot Toys are thrilled to introduce one of the most striking new troopers from the film – the sixth scale Death Trooper (Specialist) collectible figure!
The highly-accurate collectible figure is specially crafted based on the image of a Death Trooper in Rogue One: A Star Wars Story. The figure stands approximately 32.5cm tall and features a finely crafted black colored armor, helmet with LED light-up function, a highly detailed Death Trooper blaster rifle and pistol, and a specially designed figure stand! 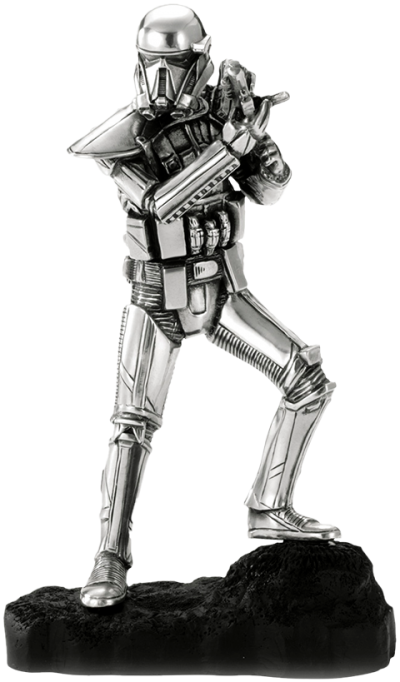 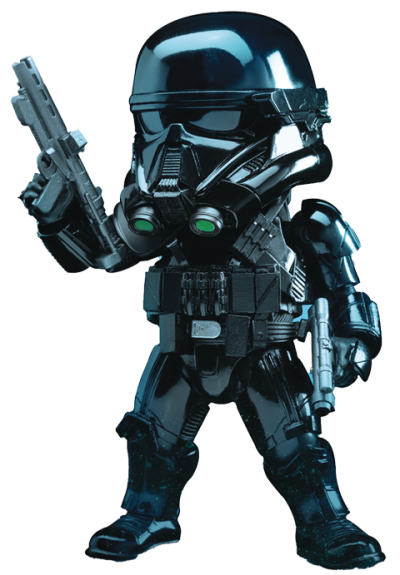 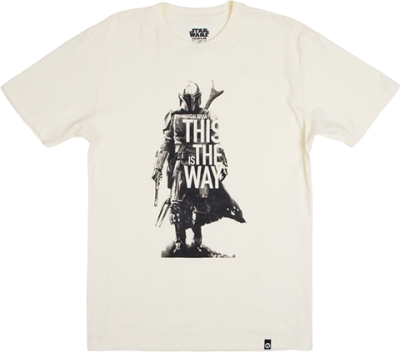 This Is The Way Mando Tee
T Shirt
$30

This figure accurately depicts the imposing nature of the Death Troopers. It stands tall, with a great sculpt for its helmet and armor. The extra accessories on the figure do limit movement, but that is to be expected. Overall, I'm very pleased with the figure.