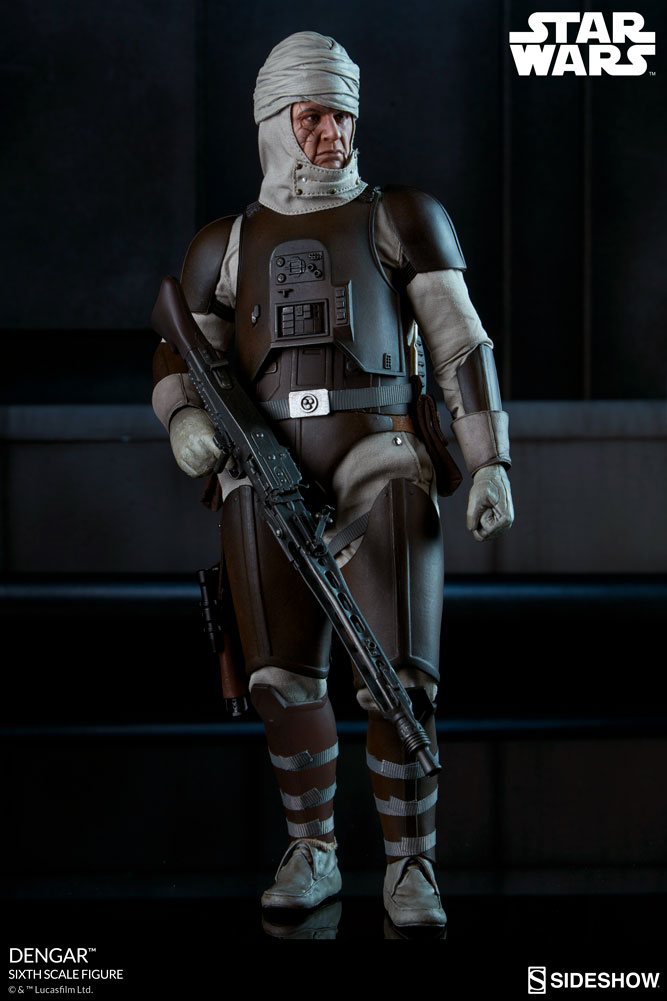 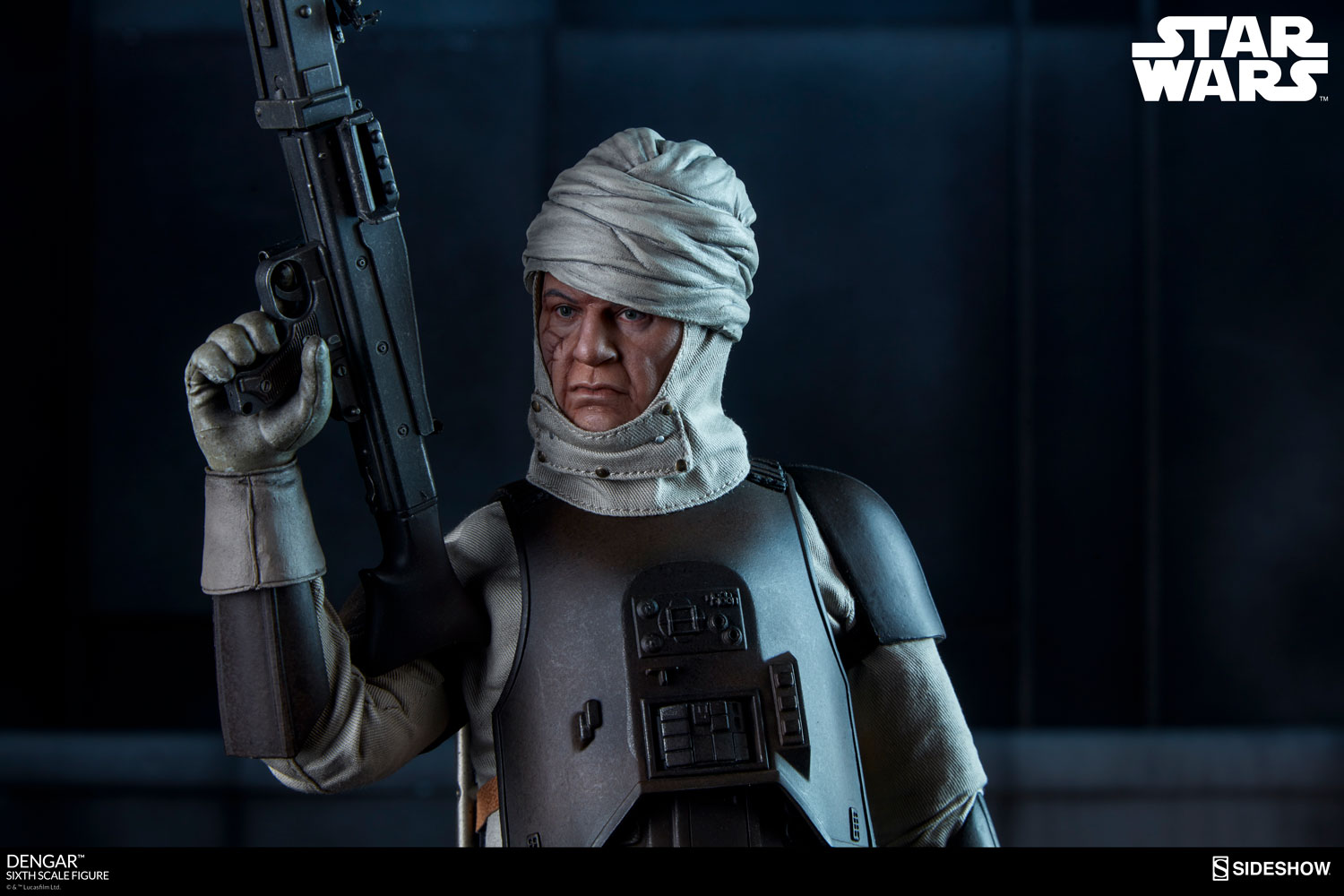 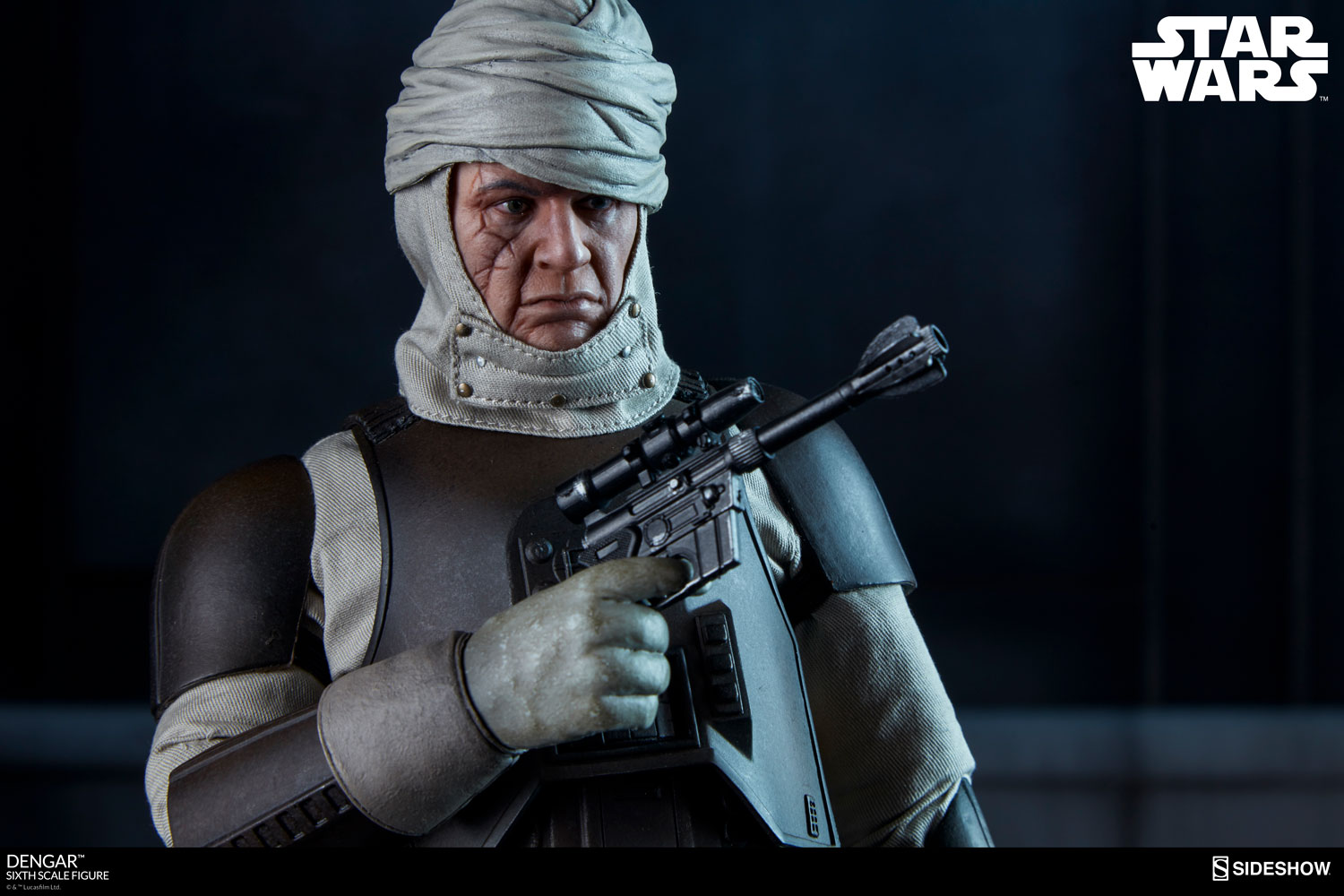 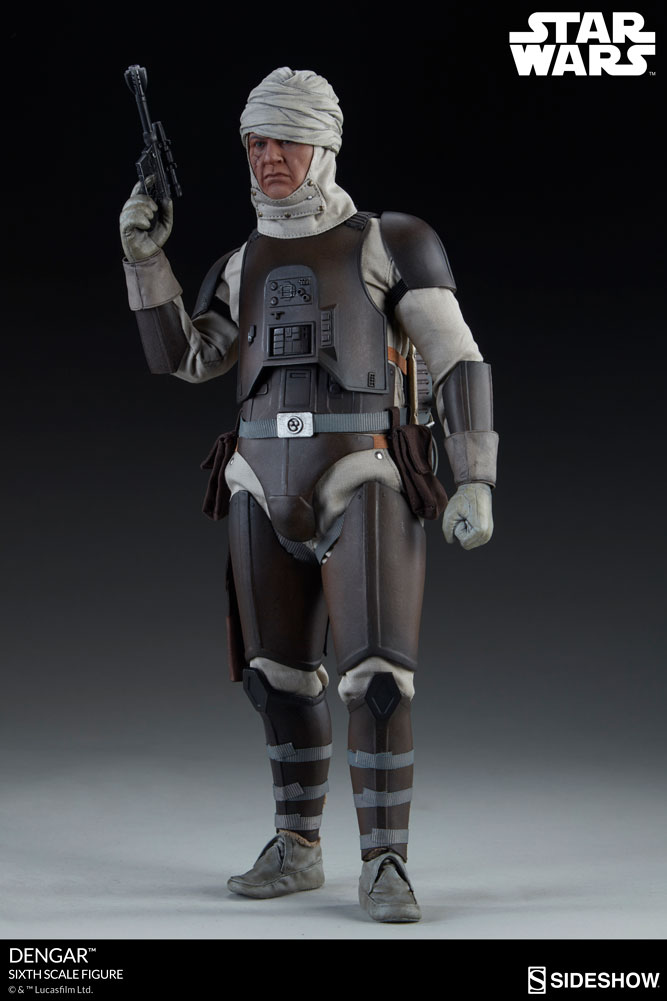 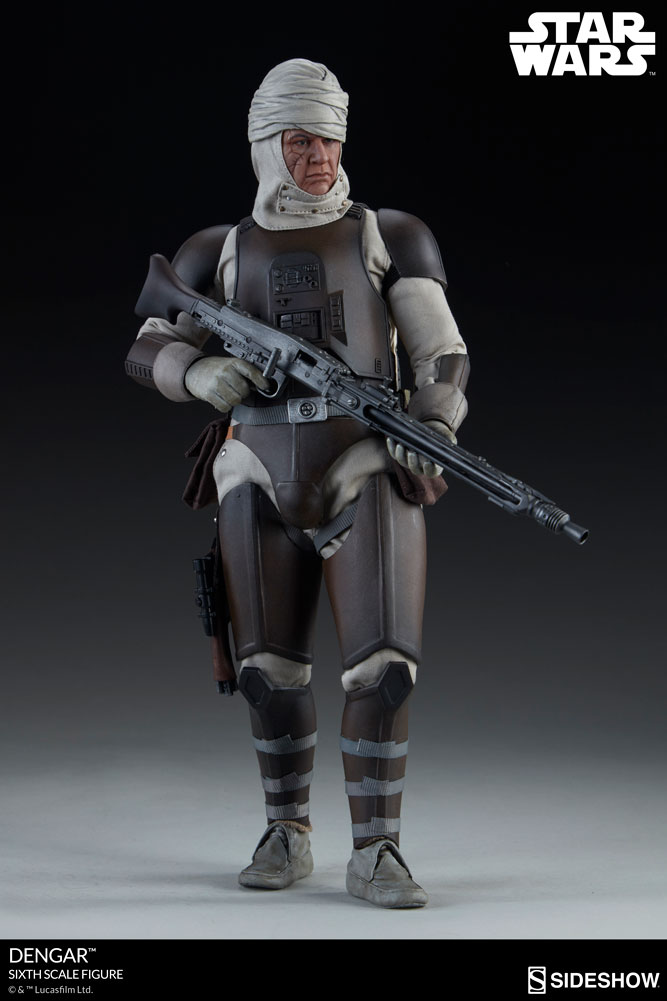 About
Sideshow are proud to present the latest addition to our Star Wars collectible rogue’s gallery of galactic bounty hunters – Dengar!
This cold-blooded Corellian is a veteran of countless bounties who has tirelessly pursued his targets since before the Clone Wars, but those decades of work have taken their toll. His weather-beaten face is now heavily scarred, but the cold dead eyes of this remorseless man-hunter are as bright and hungry as ever!
Available exclusively through Sideshow, every inch of this iconic character has been lovingly and painstakingly reproduced by our artists. From the worn fabric that encompasses his grizzled visage to his much-used (and much feared!) Valken-38 Blaster Carbine and DL-21 Blaster Pistol, our Dengar Sixth Scale Figure captures every nuance of this remorseless mercenary’s character.
Fully articulated, our Sixth Scale Dengar figure features a highly detailed movie-accurate head portrait with a fabric face cover and sculpted head wrap.  His outfit includes a padded fabric under-suit, flight suit, belt, and pouches (including a leather-like holster), sculpted boots, and a highly detailed backpack which contains both sculpted and fabric components.
Each Dengar figure also comes complete with four sets of hands, his Blaster Pistol and Carbine, and a Hex Base for display emblazoned with the Star Wars logo.
Add the Dengar Sixth Scale Figure to your Star Wars bounty hunter collection today!
Details

Outstanding figure portraying the film charater to a very high standerd of detail, main weapon is astonishing. One of the very best of finishes! one not to miss.

Thanks for all guys!!

Love it ...love it....Love it....Words can't describe how pleased I am with this figure....Home run Sideshow!

Sideshows Star Wars Sixth Scale just keep getting better. I love the design innovation of Dengars pack with the strong magnet and decorative straps that make it appear to hold it on. Its so nice not to have to fool with tiny buckles anymore but still get that authentic look. Great figure!

This is really a great figure. A lot of detail. Magnetic backpack and the MG has a spring to pull back on. My only complaint would be it comes with the most generic stand which really stands out against my Boba Fett and other figures. I thought the figures all came with a somewhat set piece stand.