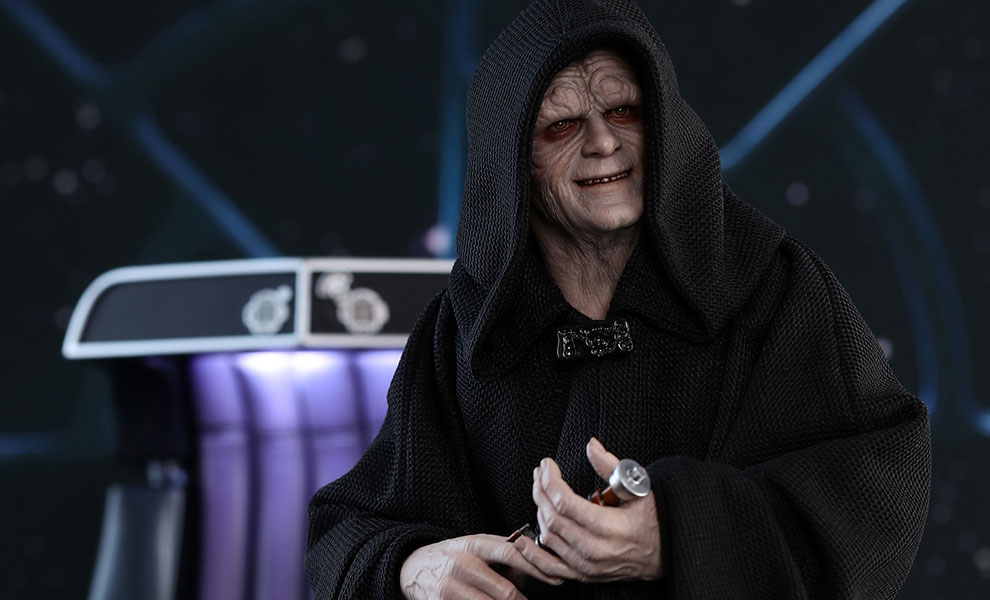 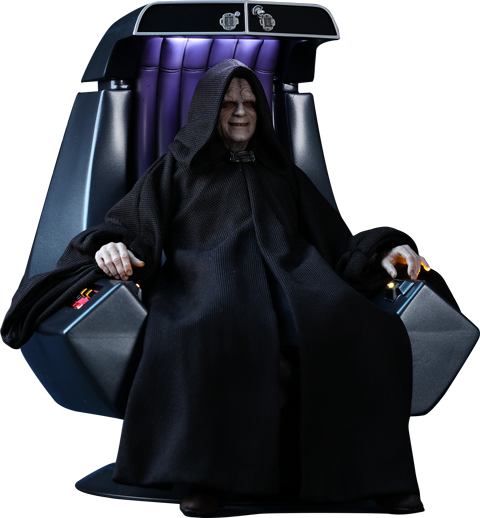 “If you will not be turned, you will be destroyed!” – Emperor Palpatine

Scheming, powerful, and evil to the core, Darth Sidious restored the Sith and destroyed the Jedi Order. Living a double life, Sidious was, in fact, Palpatine, a Naboo Senator, and phantom menace. He slowly manipulated the political system of the Galactic Republic until he was named Supreme Chancellor -- and eventually Emperor -- ruling the galaxy through fear and tyranny.

The highly-accurate collectible Star Wars figure is specially crafted based on the appearance of Emperor Palpatine in Star Wars: Episode VI Return of the Jedi. It features a newly developed head sculpt with a remarkable likeness, specialized body, and finely sculpted hands, Emperor’s cane, a pair of Force Lightning effect parts!

This Deluxe Version will exclusively include Emperor’s Imperial throne with great details and LED light-up function as well as Luke Skywalker’s lightsaber hilt!

Now fulfill your destiny and welcome the Emperor to your Star Wars collection!

*** Exclusive to the deluxe version

I just received this figure yesterday, it was my xmas present from my friends, and I am soooo pleased that I got him.... He is AMAZING !!!

Ive been a Star Wars fan since I was a baby and palpatine was my absolute favorite from the minute he graced the Death Star with his immaculate presence and Im so beyond honored to now have him as the jewel of my collection! Keep up the great work sideshow!

Worth every penny
Finally someone got his face right!
Very detailed. His eyes are amazing.
The throne I give a 9 out of 10.
The lights are a really cool feature.
Only complaint is I wish the purple part of his throne was done in a leather type fabric instead of plastic
Otherwise, Great item

I have the sideshow exclusive Emperor and throne from several years ago. It was great but there was always things i wished it had a light up throne , lightening for his hands and Pants. This one addressed all the above and i think its a perfect representation. I love it. He sits next the other one. 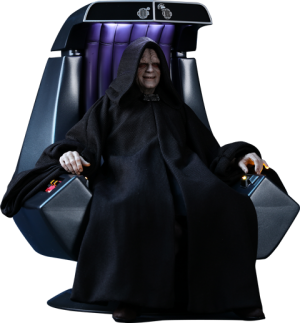