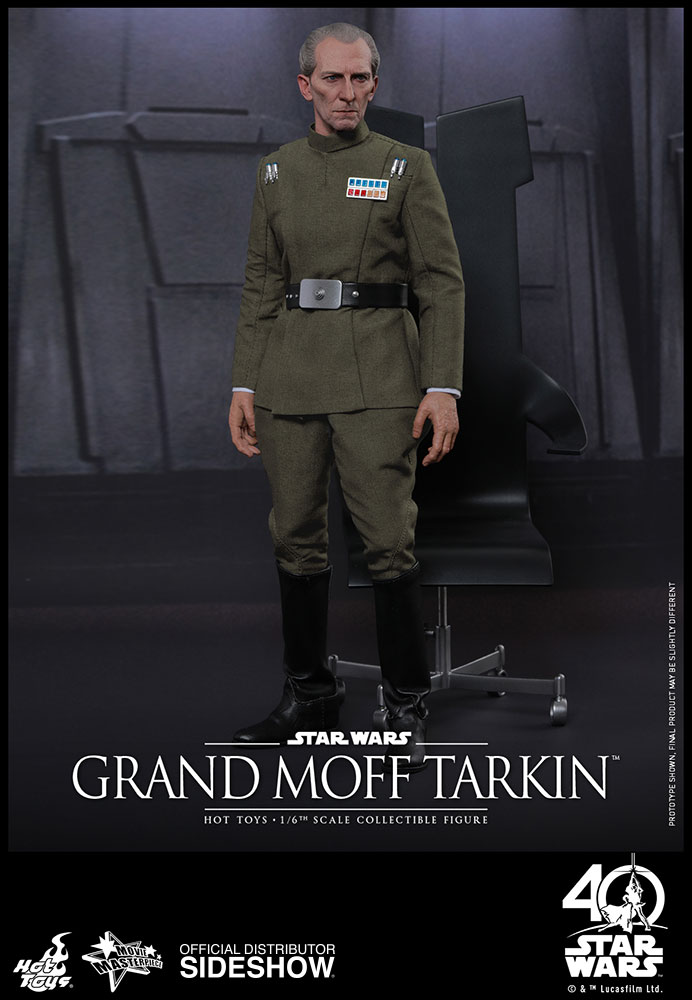 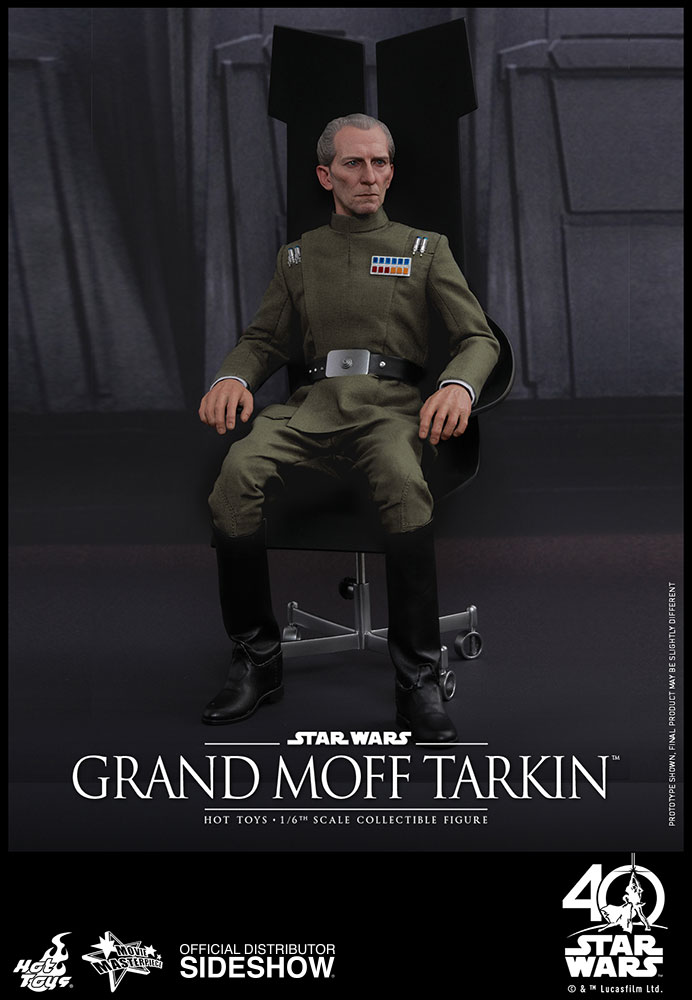 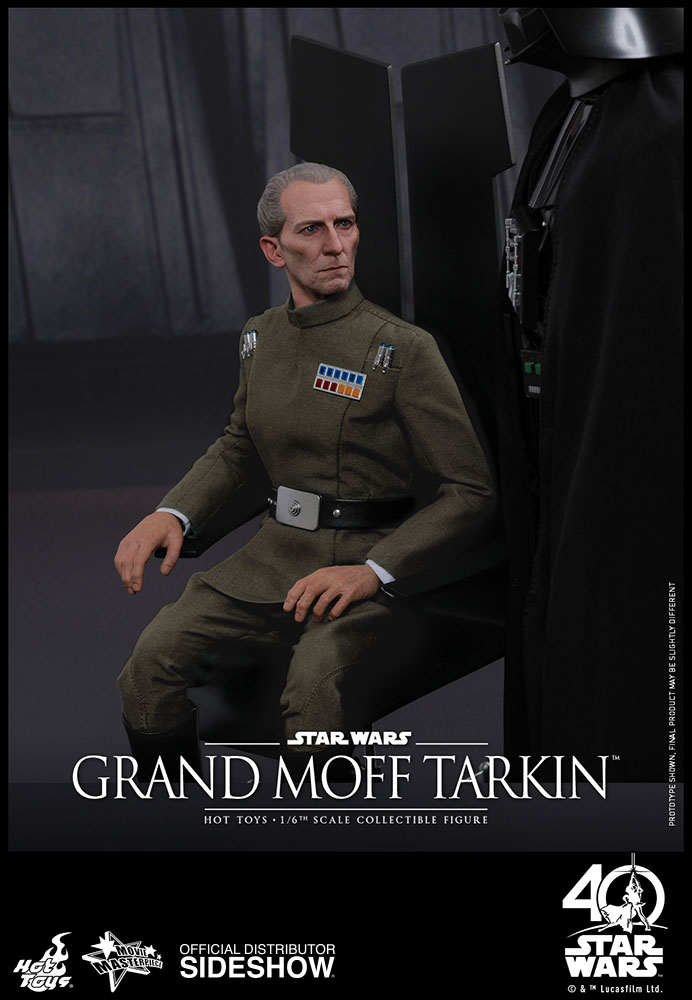 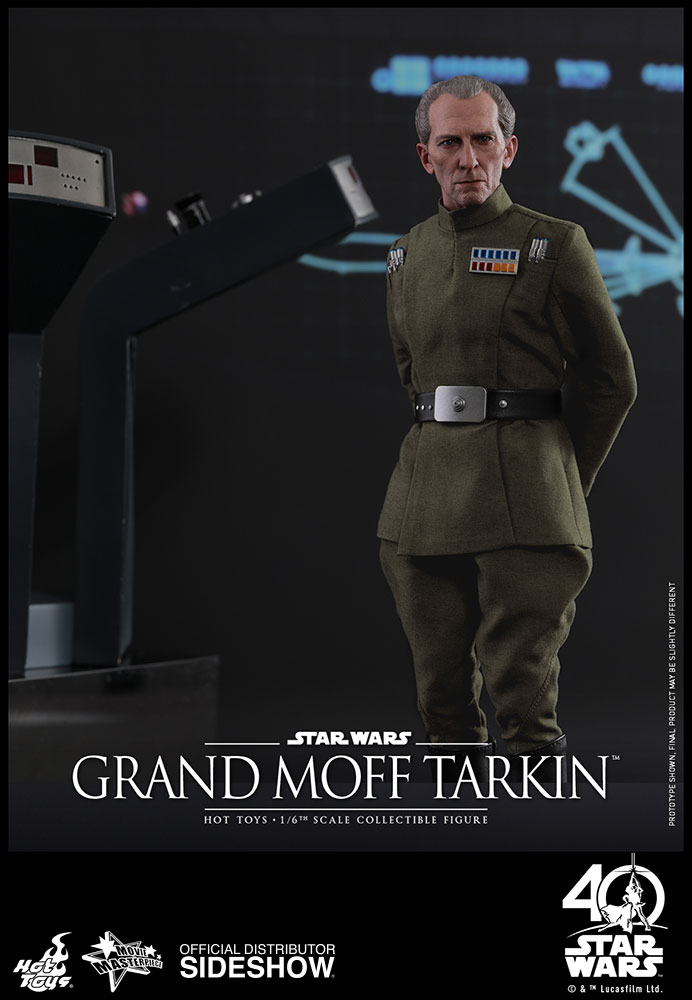 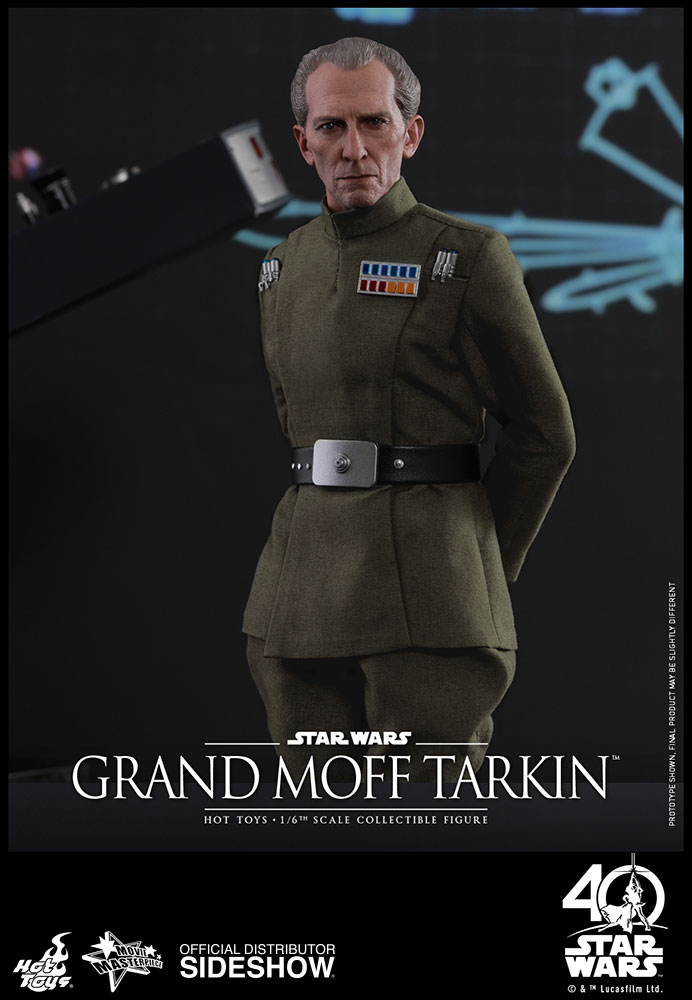 "You may fire when ready.” - Grand Moff Tarkin

An ambitious, ruthless proponent of military power, Wilhuff Tarkin became a favorite of Supreme Chancellor Palpatine and rose rapidly through the Imperial ranks. Tarkin saw the Death Star as a way to crush all dissent to the Empire's rule with the fear of the station's planet-killing superlaser and made a terrifying demonstration of the station’s power by destroying Alderaan in front of Princess Leia’s eyes.

Meticulously crafted based on the appearance of Grand Moff Tarkin in Star Wars: A New Hope, the figure features a newly developed head sculpt with a phenomenal likeness, a finely tailored Imperial uniform, Grand Moff Tarkin’s high back chair, and a specially designed figure base.

The Grand Moff Tarkin collectible figure will surely be an excellent addition to “fire” up your Star Wars collection!

What can be said about this great Tribute to Peter Cushing other than a Triumph it is in every way imaginable.
Spot on likeness highly detailed outfit !!!

This is amazing. The perfect likeness. Looks great

The figure really captures Peter Cushings visage to a tee. I may have added a little more grey to his hair but besides that I love his likeness, uniform, and the great chair. The Artizens at Hot Toys are really at the top of the industry.

Absolutely a masterpiece of a figure .
True peter cushing sculpt
Awesome edition to my collection

I've got over 2 dozen SW figures now and this is the first Imperial character without a helmet :) Overall, I like it a lot, the face is not quite as good as the Alec G. Obi-Wan face but it's still really good. A -