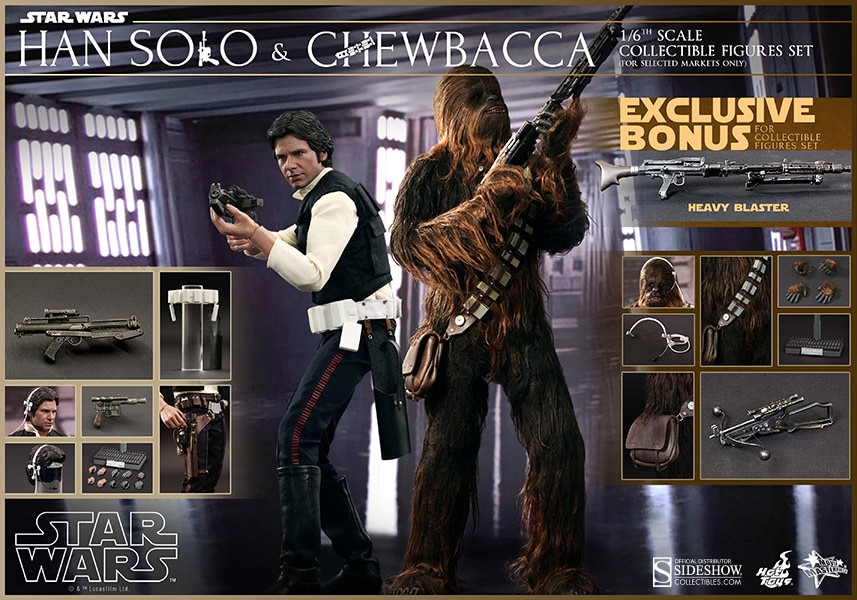 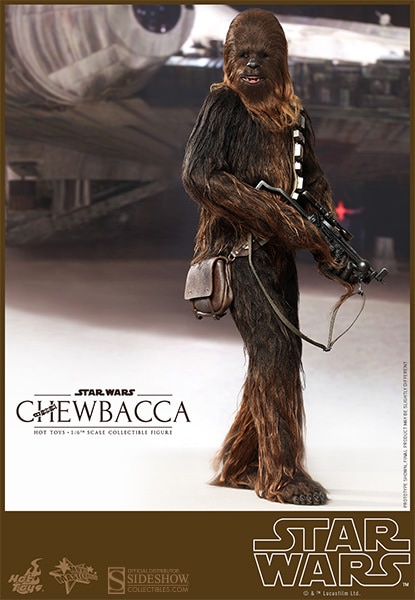 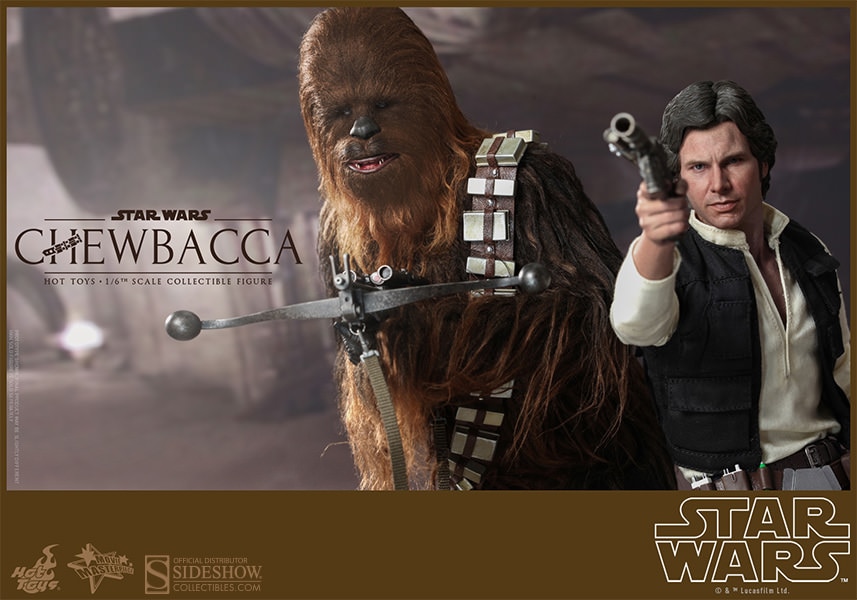 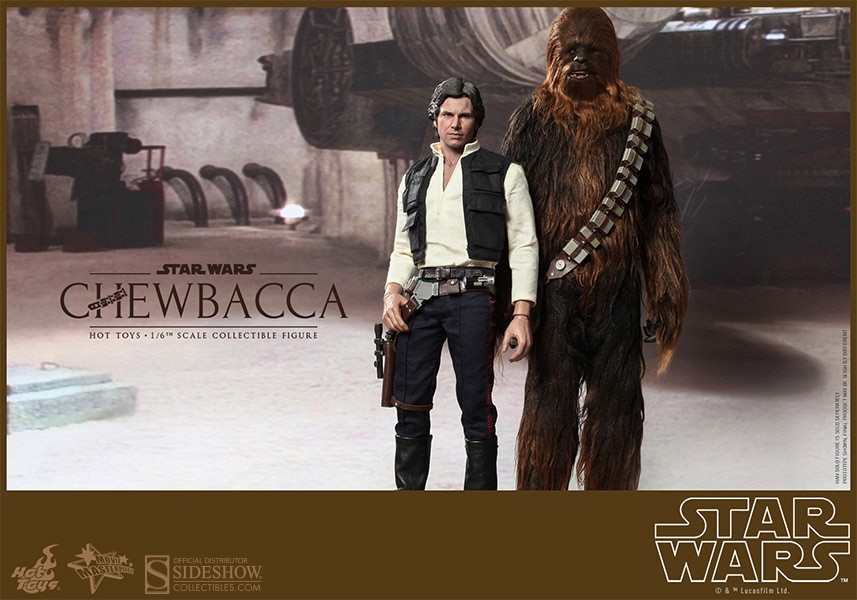 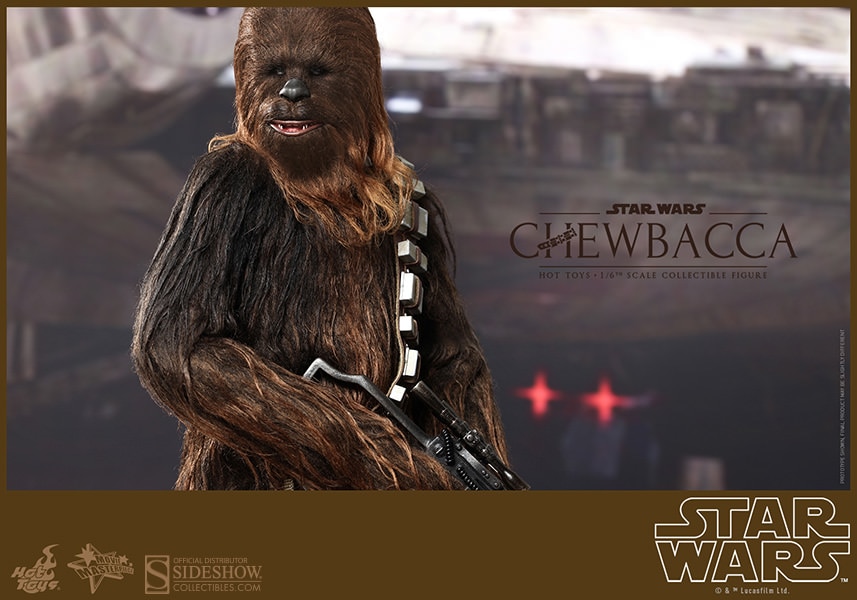 “Han Solo. I'm captain of the Millennium Falcon. Chewie here tells me you're looking for passage to the Alderaan system?”

Originally an intergalactic smuggler from Corellia, the events of Star Wars: Episode IV A New Hope  have opened up Han Solo’s heart and compassion to assist the Rebel Alliance in the struggle with the evil Galactic Empire. Han Solo along with his Wookiee companion, Chewbacca, helped successfully destroy the Death Star and became heroes of the Alliance! Sideshow Collectibles and Hot Toys are very excited to introduce a special set which will include 1/6th scale Collectible Figures of the beloved Han Solo and Chewbacca from Star Wars: Episode IV A New Hope!

This Collectible Figure Set will include an additional Stormtrooper belt and blaster rifle for Han Solo and an additional heavy blaster for Chewbacca.

Star Wars fans shouldn’t pass up the opportunity to add this beloved duo to your collection!

Exclusively for the Collectible Set: 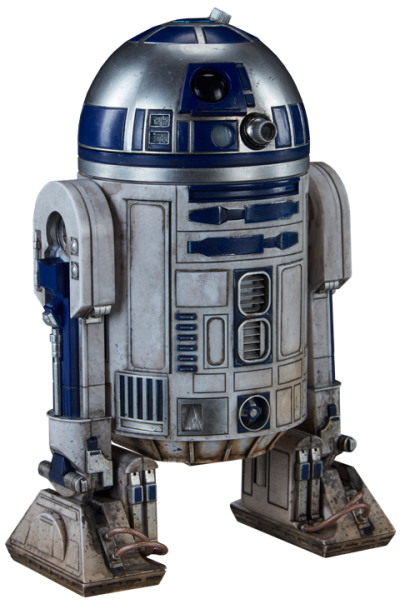 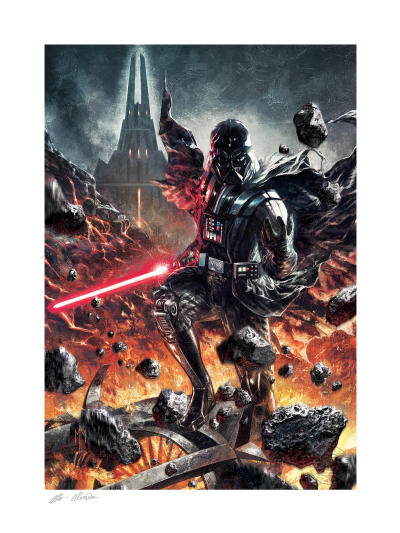 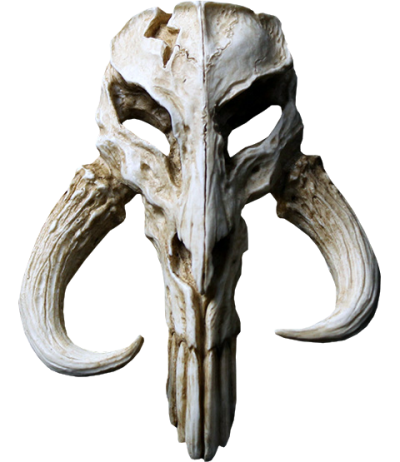 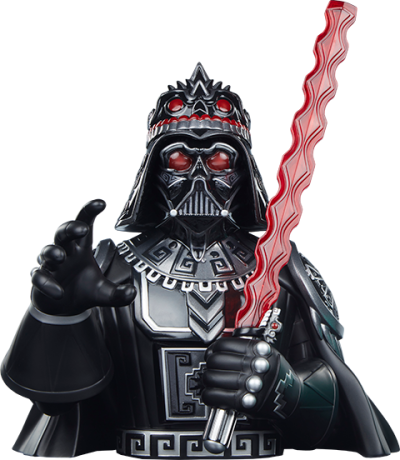 What a fantastic pair of figures! The accessories are awesome and the the likeness of Chewbacca is dead-on!!

Just got this set last night and it is superb! Beyond what my expectations were.

This scruffy-looking pair arrived yesterday and they are amazing! This has to be the best likeness of Harrison Ford I've ever seen, down to his chin scar. And Chewie is pretty imposing once you get him combed out a bit. I can't recommend this set enough!

Both of these figures are great! The Han Solo head sculpt looks much better in hand than in the pictures. The Chewbacca is just fantastic, it even comes with a comb for his fur!