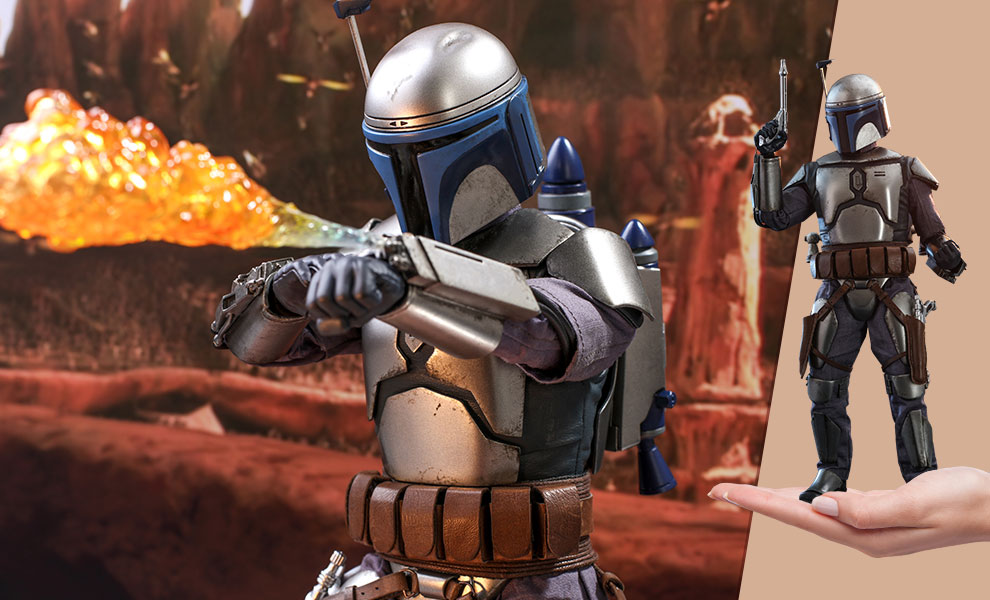 “I’m just a simple man, trying to make my way in the universe!” – Jango Fett

Regarded as the best bounty hunter in the galaxy, Jango Fett™  was a proficient marksman and unarmed combatant covered in a sleek armored Mandalorian suit that concealed his scarred face. Keeping himself in top condition and training often with his equipment, Jango Fett was known for utilizing his harnessed jetpack to gain the advantage of speed and height over his enemies in deadly combats.

In expansion of our Star Wars collectible series, Sideshow and Hot Toys is very excited to officially present the much anticipated Jango Fett Sixth ScaleCollectible Figure from Star Wars Episode II: Attack of the Clones!

YES! Exactly what I was expecting! What an awesome piece to have in your collection. You're going to regret not buying this one if it gets sold out.

Was worth the wait. Hands down the best Mandalorian collectible out right now. I can’t wait to see more releases!

Like many of you, I’ve been waiting for this figure to release for what felt like 2 years. Now that I’ve had it in my possession I think the long release date was worth it. Hot Toys has captured the look of Jango exquisitely. This figure poses itself with its variety of accessories and my personal favorite, the poncho. Don’t think about it, just use your sideshow rewards points on this bad boy TODAY!