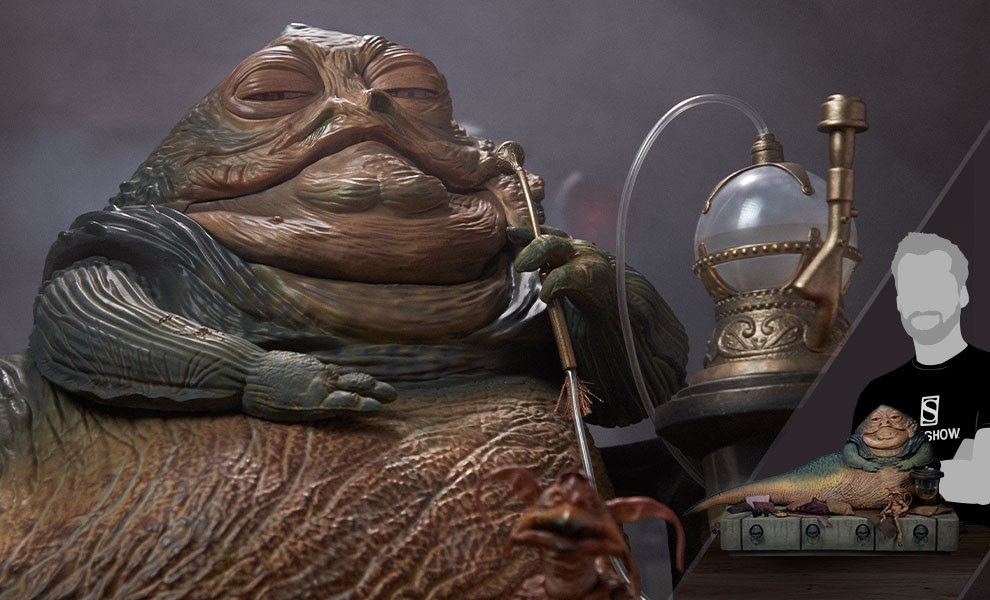 Jabba the Hutt and Throne Deluxe

From $178.88/mo
with payment plan
Your Payment Plan 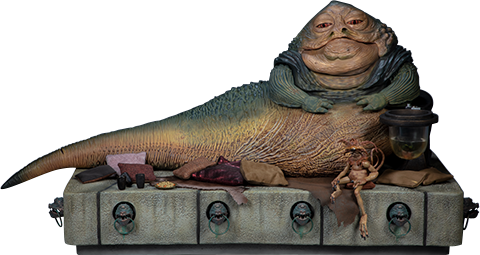 “There will be no bargain, my young Jedi.  I shall enjoy watching you die.”

The illustrious Jabba bids you welcome! Sideshow is thrilled to present the Jabba the Hutt™ and Throne Deluxe Sixth Scale Figure set for your Star Wars figure collection.

Based on his famously grotesque appearance in Star Wars: Episode VI- Return of the Jedi, this Deluxe Sixth Scale Figure Set features a detailed likeness of Jabba the Hutt™, measuring an intimidating 13.25” tall and over 29” wide. This sixth scale legendary crime lord is highly customizable- if we told you half the accessories he includes, you would probably short circuit!

Jabba the Hutt™ includes a variety of swappable features, allowing you to craft your perfect pose for the nefarious gangster. Jabba has a set of sleeping eyes, a set of open eyes, and a set of wide eyes for surveying his palace. He can be displayed with a closed mouth, open mouth, or an open mouth with his tongue exposed, and the figure includes a pair of resting arms, one right pointing arm, and one left arm with a gripping hand.

What would a palace be without a court jester? The Jabba the Hutt™ and Throne Deluxe Sixth Scale Figure Set includes a figure with the detailed likeness of Salacious Crumb the cackling Kowakian monkey-lizard. Salacious Crumb has articulated arms, and includes right and left crossed legs, and right and left relaxed legs for sitting on his fabric pillow. He also includes an alternate open mouth head, for recreating his famous raucous laughter.

Jabba’s Throne base is an extremely detailed environment as seen in his palace during Return of the Jedi. It includes a removable hookah with a pipe, as well as an aquarium with a non-removable Klatooine paddy frog.

As Jabba’s favorite snack, this deluxe set includes an additional Klatooine paddy frog, along with three cups and one plate of food. The throne environment also includes one fur-like rug, one leather-like rug, and nine ornamental pillows with varied designs and textures, all of which can be arranged in any configuration along the base.

We will take you to Jabba now! Add the Jabba the Hutt and Throne Deluxe Sixth Scale Figure Set to your galaxy of Star Wars collectibles today!

Right out of the Return of The Jedi with its detail. Jabba looks amazing, if one could say that about a Hutt. A beautiful display for any true Star Wars fan.

If you’re thinking about this piece, don’t think any further. This is a home run! You MUST have it. Every detail is amazing...from Jabba, the throne...even the pillows are better than my actual pillows. It’s bigger than you think, and worth every penny. It’s a work of art. Well played Sideshow.

I originally wasn't going to replace my original version, but I'm very glad I did! You guys hit the nail on the head with this piece. Please consider releasing a sixth scale rancor. Yes it would be huge, but we're freaks!

Collector
Even better than the last jabba
Verified Purchase

I never thought there'd be a jabba better than the one you guys did in 2007 or so, but I was wrong this version is way better even than the old one by a million times I especially love that all the accessories and throne and salacious all come in the one package together insteada havn to get 4 different pieces. This is by far the best jabba ever made!

Just got it and cannot believe how huge this is, wasnt expecting that. I love it! It is freaking awesome! Every collector should get one of these, I'm thinking about buying another one. Definitely a sideshow fan now. 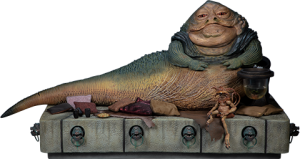