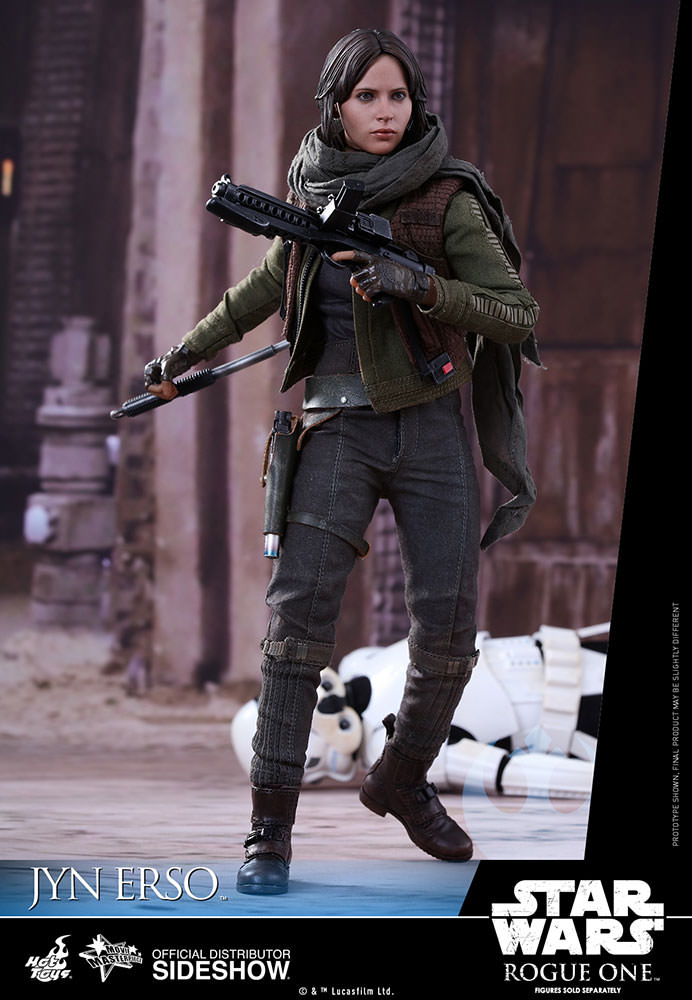 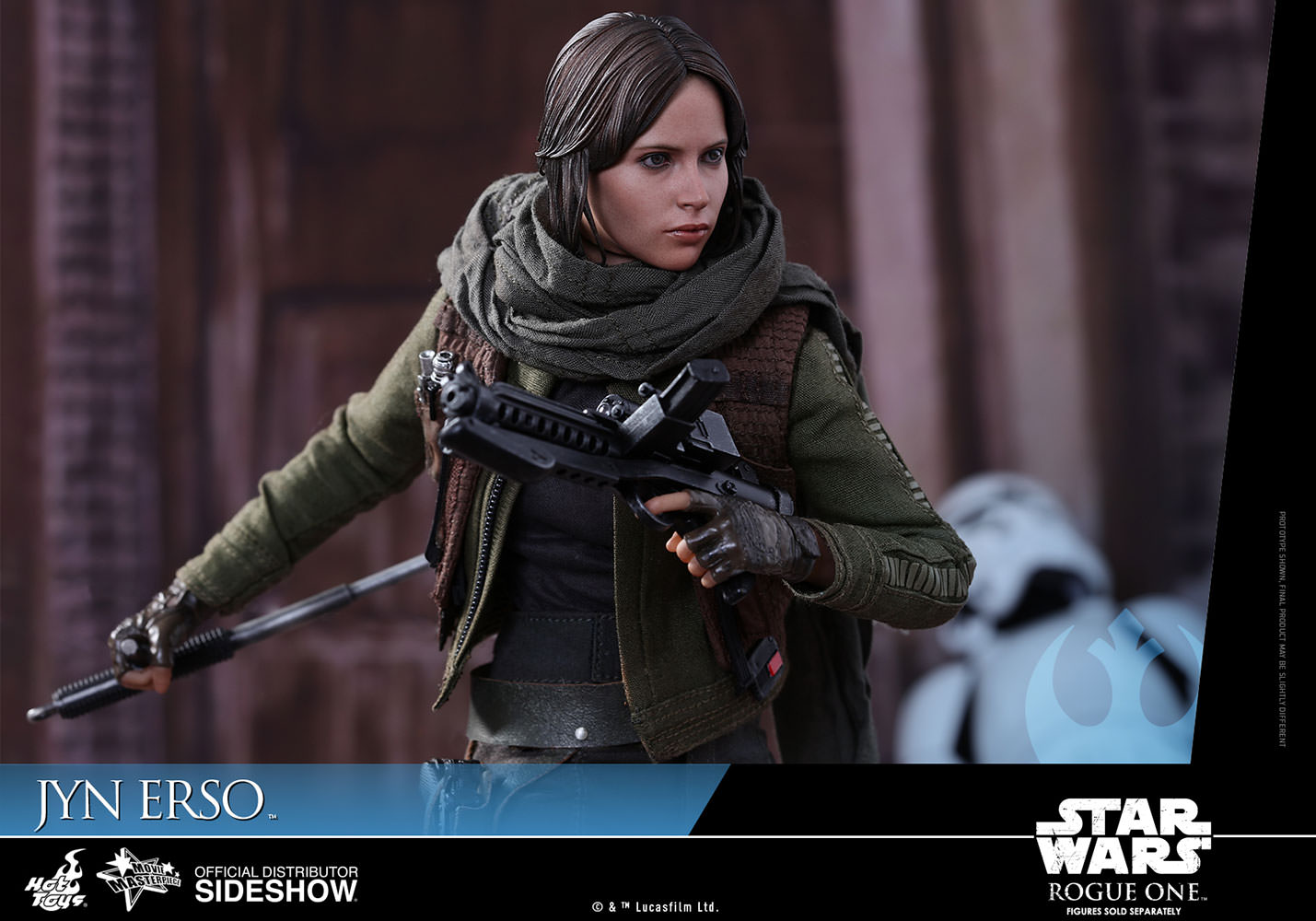 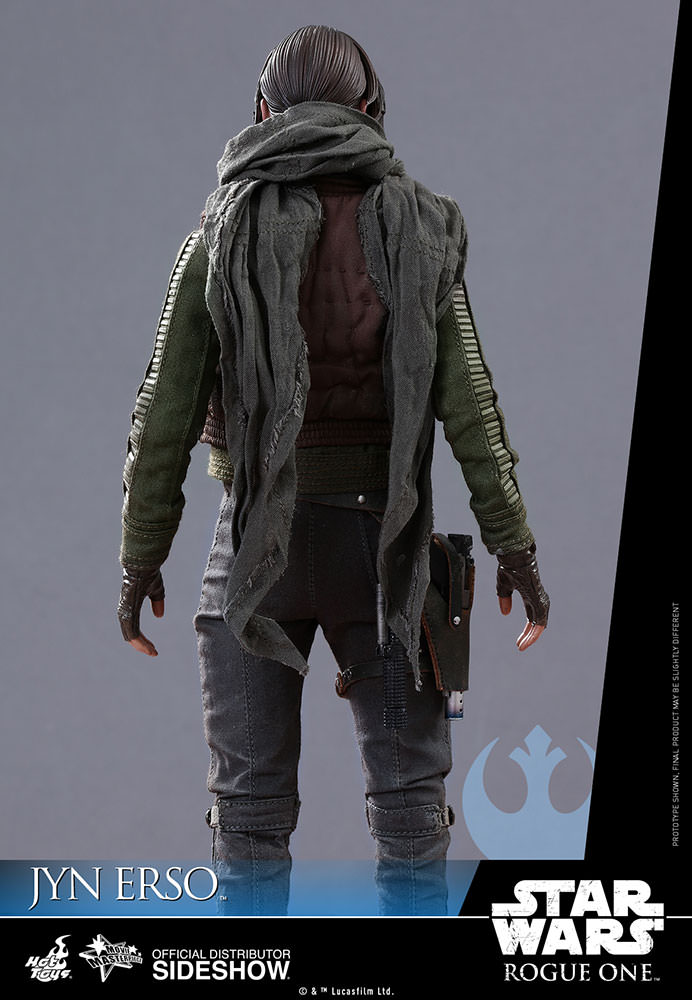 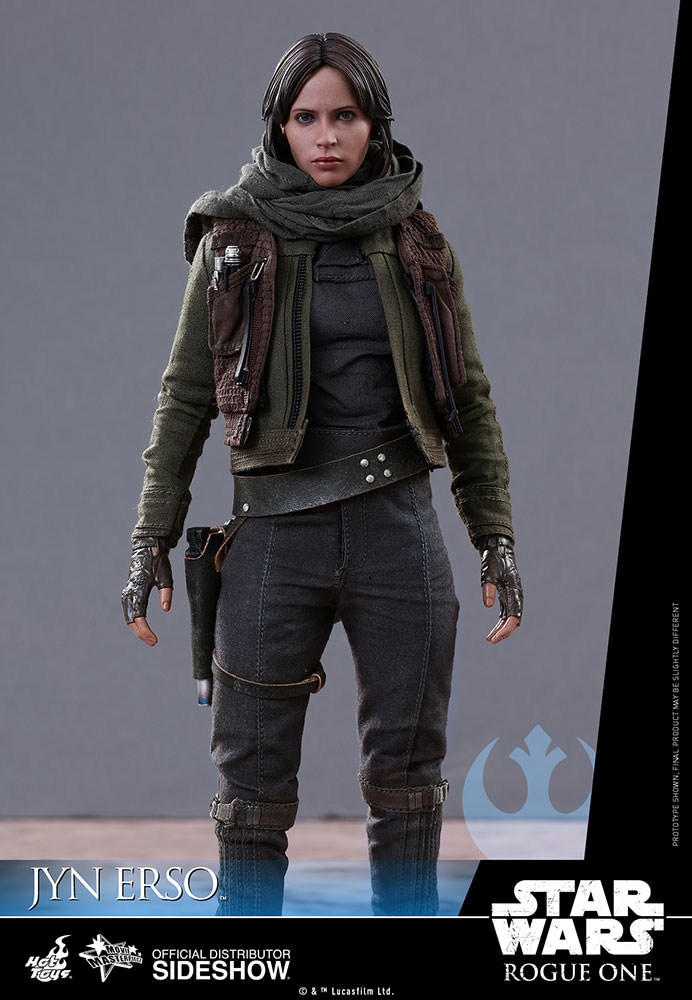 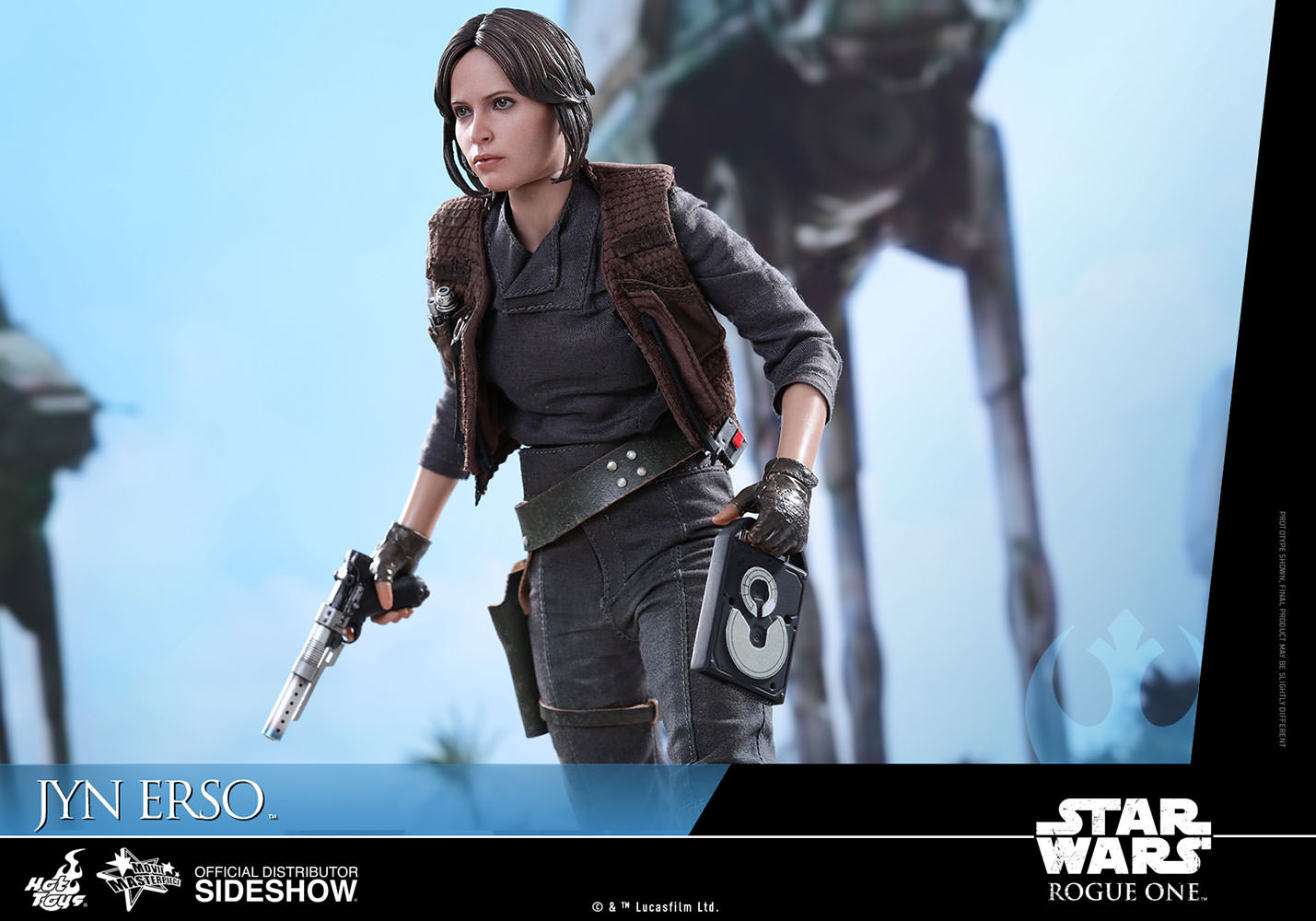 A new chapter of the Star Wars galaxy unfolds in the latest film Rogue One: A Star Wars Story starring the courageous new character named Jyn Erso! Putting behind a checkered past by lending her skills to a greater cause, Jyn Erso is impetuous, defiant, and eager to bring the battle to the Empire. Used to operating alone, she finds higher purpose by taking on a desperate mission for the Rebel Alliance.

Sideshow and Hot Toys are delighted to introduce the highly anticipated sixth scale collectible figure of this new heroine! Expertly crafted based on the appearance of Felicity Jones as Jyn Erso in the film, the highly accurate collectible figure features a newly developed head sculpt, sophisticatedly tailored costume with multiple layers, detailed weapons, and accessories including a blaster pistol, a fighting baton, E-11 blaster rifle, as well as a specially designed figure stand!

Build up your Rebel team by adding this collectible figure to your Star Wars Hot Toys collection now!

This figure turned out great. Love the likeness and outfit. The accessories were a real treat too espically the Death Star Plans.