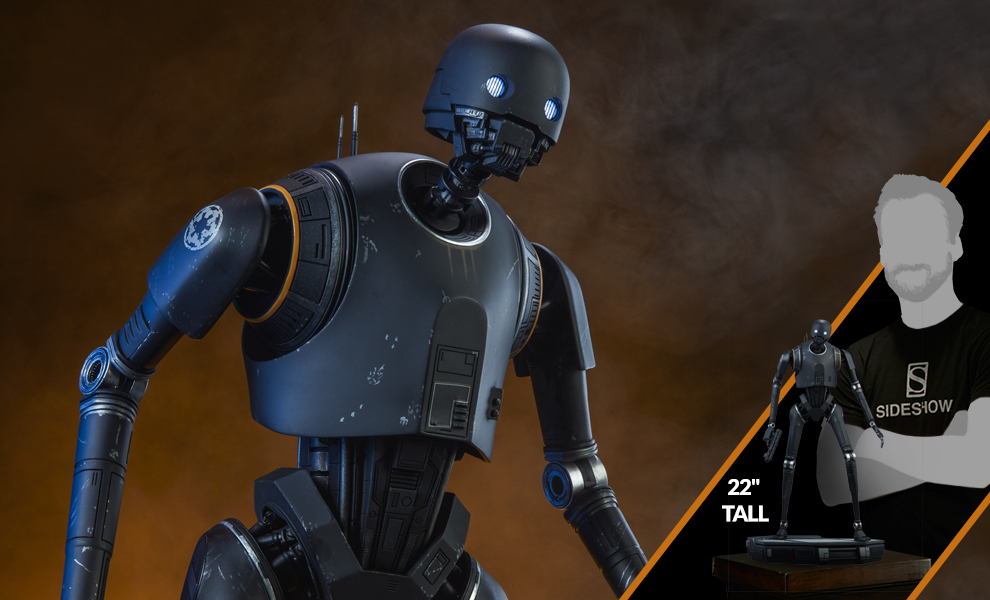 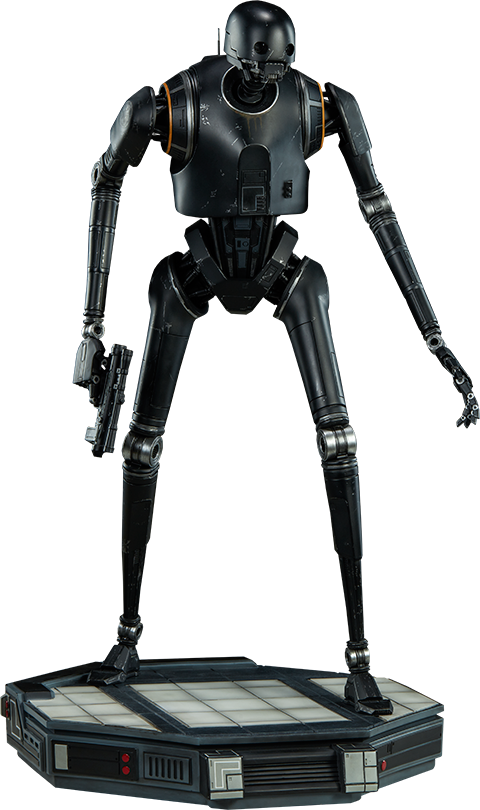 “I’m standing by as you requested, although there’s a problem on the horizon.”
Did you know that wasn’t him? Sideshow is proud to present the K-2SO™ Premium Format™ Figure from Rogue One: A Star Wars Story. This reprogrammed Imperial droid stole the hearts of fans everywhere as the rebels stole the Death Star plans.
K-2SO measures 22” tall, standing atop a Citadel Tower themed base. His black external armor is visibly weathered and detailed to recreate the battle damage this droid has received during his service to both the Empire and the Rebellion.
K-2SO is also painted with red and yellow details on his shoulders and technical panels and has the logo of the Empire emblazoned on his shoulder.
This Premium Format™ Figure is mixed media, featuring metal in K-2SO’s legs, which steadily support his unique gait. He is also outfitted with intricate pistons and gears in his various joints that allow you to observe K-2SO’s complex construction. The impressive imperial droid also features light-up eyes in his portrait, allowing you to display him with an ‘activated’ look.
K-2SO also comes equipped with a blaster in his hand. Would you like to know the probability of him using it against you?
Let K-2SO be there for your Star Wars collection! Pre-Order the K-2SO™ Premium Format™Star Wars Figure and add him to your Rebellion today. We promise he’s been completely reprogrammed.

Great work Sideshow! Amazing detail
.. Keep hearing all his great quotes when I look at him. A wonderful addition to my Premium Format collection. 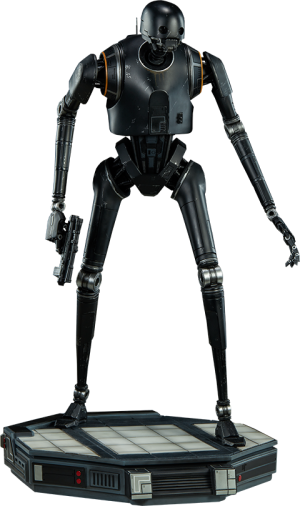