Skip to main content
Low Stock and Available NOW 🚀 - Get these collectibles before they're gone for good!
https://www.sideshow.com/collectibles/11851 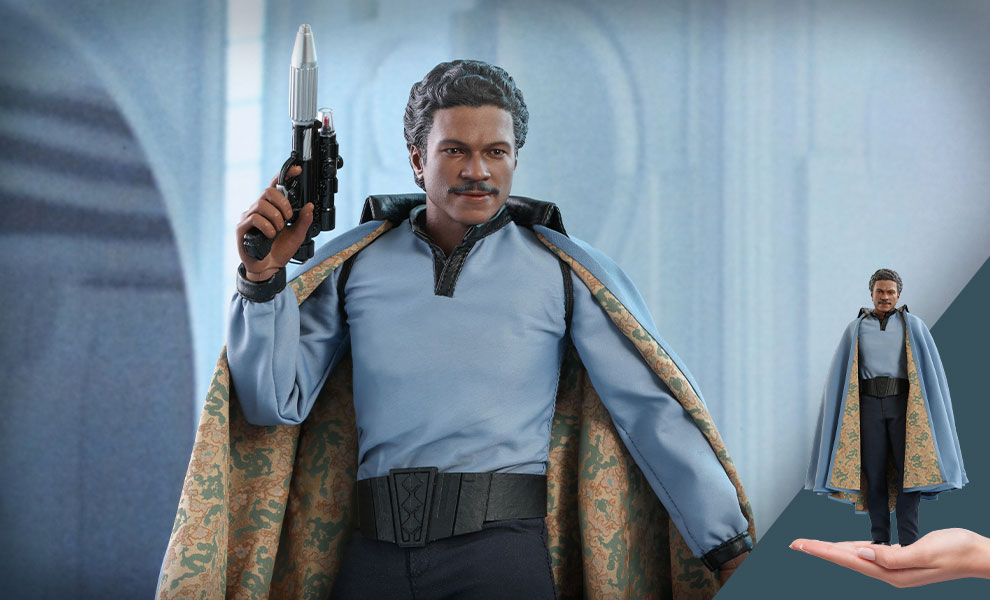 "Hello, what have we here?” – Lando Calrissian

In his youth, Lando Calrissian™ was a sportsman seeking a fortune at the sabacc tables. After he lost his beloved Millennium Falcon ship to Han Solo™, Lando spent years living the high life and pursuing get-rich-quick schemes, with uneven results. He went semi-respectable as the baron administrator of Cloud City, only to be drawn into the fight against the Galactic Empire.

Celebrating the 40th anniversary of Star Wars: The Empire Strikes Back, Sideshow and Hot Toys is thrilled to continue expanding the series of throwback collectibles based on this iconic film and delighted to officially introduce the new sixth scale collectible figure of the beloved smooth talker – Lando Calrissian!

The highly-accurate Lando Calrissian Sixth Scale Collectible Figure is skillfully crafted based on his appearance in the movie featuring a newly developed head sculpt with astonishing likeness, meticulously tailored outfit and cape, two blasters, a communicator, a wrist link, a figure base with Cloud City backdrop all in a specially designed retro-style packaging!

I truly believe this to be the best articulated figure I have from Hot Toys. From such a simple design this figure really stands out amongst my collection. His beautiful cape to his boots and belt. Such detail for something so simple. His eyes are captivating and they truly captured his likeness in this head sculpt. I love the accessories he comes with. As well as the two bases.

I Absolutely LOVE this figure, it looks incredible.
If you have the chance, I recommend to get it :D

This is going to be figure of the year! Don’t miss out. One of the most fantastic head sculpts HT has ever made. The collar on the cape does require a tiny patch of double sided tape, so he doesn’t keep pop pop poppin that collar, but it’s an easy fix. It’s Uber posable and a must for anyone collecting 40th anniversary Empire figures.

Great piece for my collection