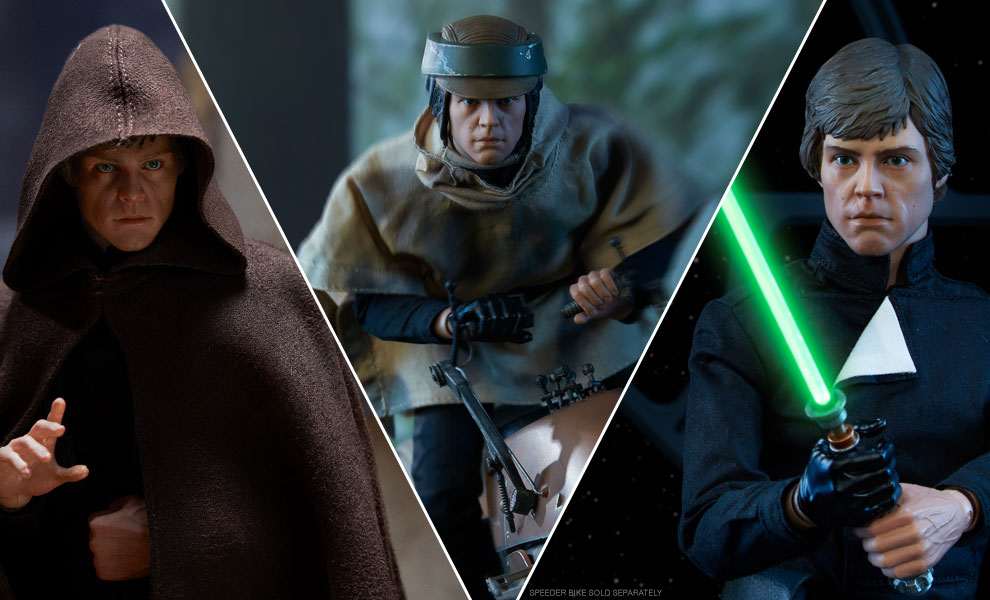 The Force is strong with this Star Wars collectible. Sideshow is proud to present the Luke Skywalker Deluxe Sixth Scale Figure from Star Wars Episode VI: Return of the Jedi.

Then, hop on a speeder and travel to the forest moon of Endor with Luke Skywalker dressed in his belt and camouflage poncho, along with articulated black boots. The figure includes a portrait with the detailed likeness of Luke Skywalker wearing a non-removable Commando Helmet.  Evade Scout Troopers and save the Rebellion with the Endor Luke look.

Collector
A Jedi, like his father before him...
Verified Purchase

Alexander C. 5 star review
3 for the price of one.
Verified Purchase

In the past I’ve needed multiple Luke’s to satisfy my display needs. The inclusion of the Endor face/helmet and poncho is great for my speederbike needs

Great job on the outfit and accessories. Looks great with my other Star Wars characters. Love it!!

The Deluxe version is definitely worth getting, even if you are new to SideShow's six scale figures like I am. The detail in the equipment is superb and unmatched. Even the Jedi robes and Cloak is breath taking and worth putting on Luke if you want to re-enact certain scenes from the movie. I recommend getting creative and putting him in different poses and different Costumes if you want to get the most out of your money here!